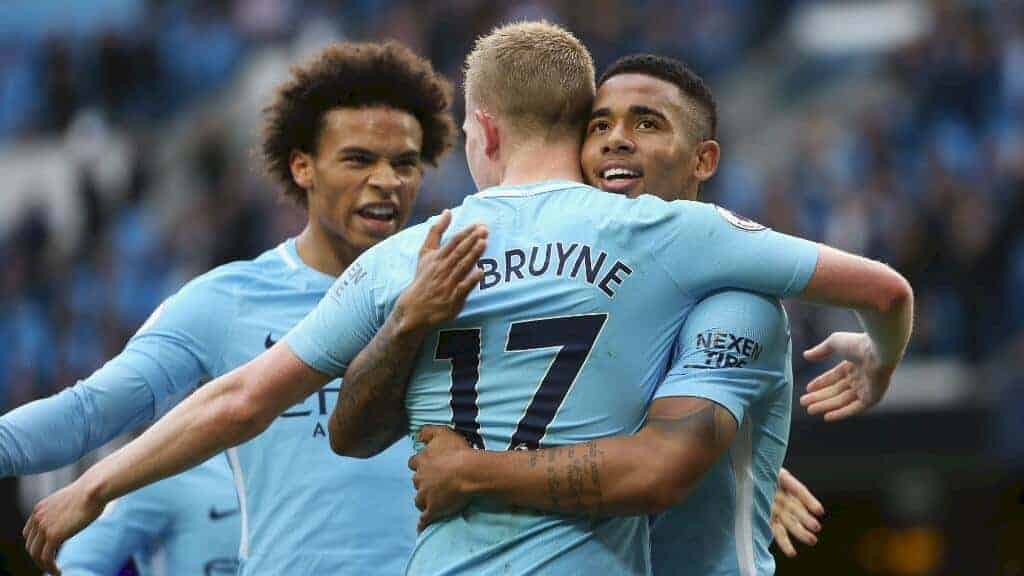 Amazon's Prime Video division is making a documentary on Manchester City F.C., the British soccer club that's currently sitting at the top of the Premier League, with the film being set to follow the team through their 2017/18 season that already started with them breaking some records in regards to scored goals and other notable achievements. The Seattle, Washington-based company announced its latest filmmaking effort on Thursday, noting how it has already started filming the documentary that will apparently span the majority or entirety of the soccer team's season. The project will be presented in the form of a multi-episode series meant to provide fans of the team and sport in general with new insights into everyday happenings at Manchester City, as well as a new look at the lives of some of its star players like De Bruyne, Aguero, Silva, and Kompany, and their lauded manager Pep Guardiola.

The still-unnamed series will debut at some point in 2018 as an Amazon Prime Video exclusive. While no specific availability windows have yet been provided by the company, it's likely that the documentary will be released after the season is over so as to try and tell its full story, especially if Manchester City ends up winning the league, thus possibly attracting more interested viewers. Alternatively, Amazon may opt to start releasing the series like a traditional one, one episode at a time, though that seems like a less realistic scenario in light of the company's previous programming practices.

The documentary project is yet another addition to Amazon's growing library of video content meant to incentivize consumers to become Prime subscribers. Amazon Prime Video is by itself available in more than 200 countries around the world, all of which will receive the result of the company's upcoming collaboration with Manchester City. Like any other content launched by the firm, the documentary will be available on Android and iOS devices, Fire TV-series gadgets, desktop browsers, and various smart TV platforms, including Google's Android TV. The latest development comes amid reports of the power at Amazon Studios centralizing in the aftermath of a number of scandals that saw its previous President Roy Price resign his position. Amazon's video efforts have yet to achieve significant commercial success on a global scale but not through a lack of trying.