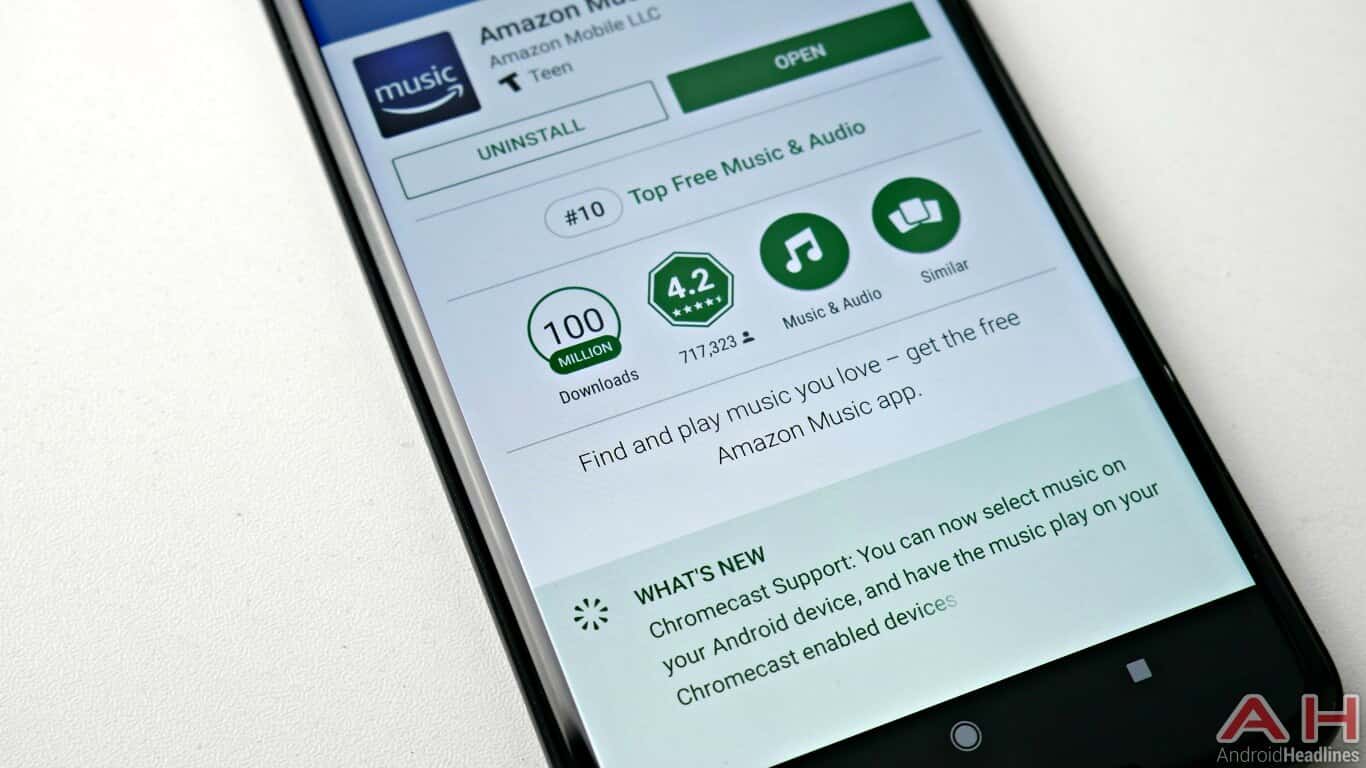 Amazon's Amazon Music app for Android now supports Chromecast. The app was updated on the Google Play Store on November 13 with the newly-added Chromecast support listed as part of the changelog. Along with the inclusion of support for Alexa offering Amazon Music users the option to play or identify music just by using voice commands. With the updated version now listed on the Google Play Store, those who already have the app installed should see the update arriving soon enough, if it has not already.

While it seems strange for an established audio-focused Android app to only now be gaining Chromecast support, it is even much stranger than that. Amazon and Google have reportedly had issues with supporting each other's platforms in the past and this is an issue which is largely understood to be still in effect. For example, almost exactly two years ago Amazon removed buy links for various Google hardware products which could be considered rival products to the company's own products, such as Chromecast. A more recent example of this comes from what seems to be Amazon's blocking of listings related to Google Home. In fact, the Google Home blocking seemingly runs much deeper than just blocking direct product links as other products which boast Google Assistant compatibility and functionality are listed, but do not seem to directly reference the Google Assistant capabilities. And this is not a one-way thing either as the Amazon Video app is famously missing from a number of Android TV products while another more recent example is Google's reported blocking of YouTube support on Amazon's new video-focused Echo Show device. So this clearly a two-way limiting of each other's service and likely why the Amazon Music app has up until this point not supported Chromecast.

However, that has now changed. In fact, while the app on the Google Play Store has only recently been updated to reflect the change in an official capacity, a report out of TechHive dating back to November 1 notes how Chromecast support had already been added to the app. So this is a feature that has likely been in testing for some time and one which some Amazon Music app users might have already come across when using the app. As for those who may have been put off using Amazon Music due to its inability to cast audio to Chromecast devices, you can now download the latest version of the app – with Chromecast support included – through the link below. 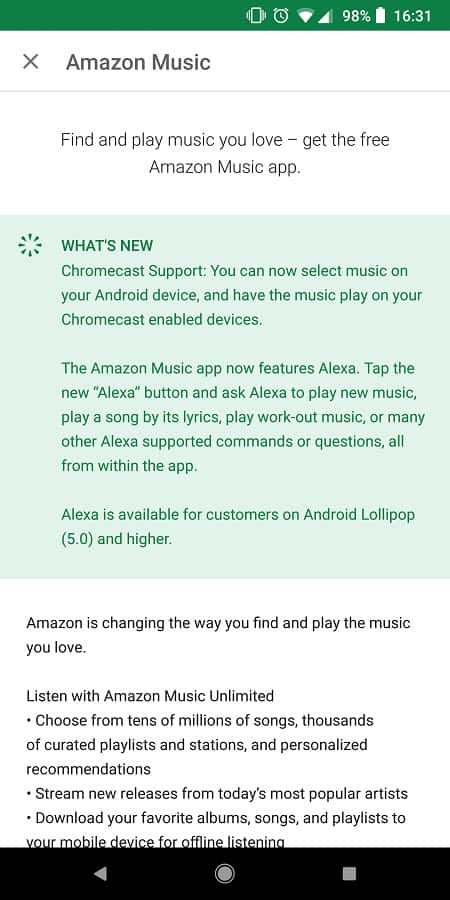