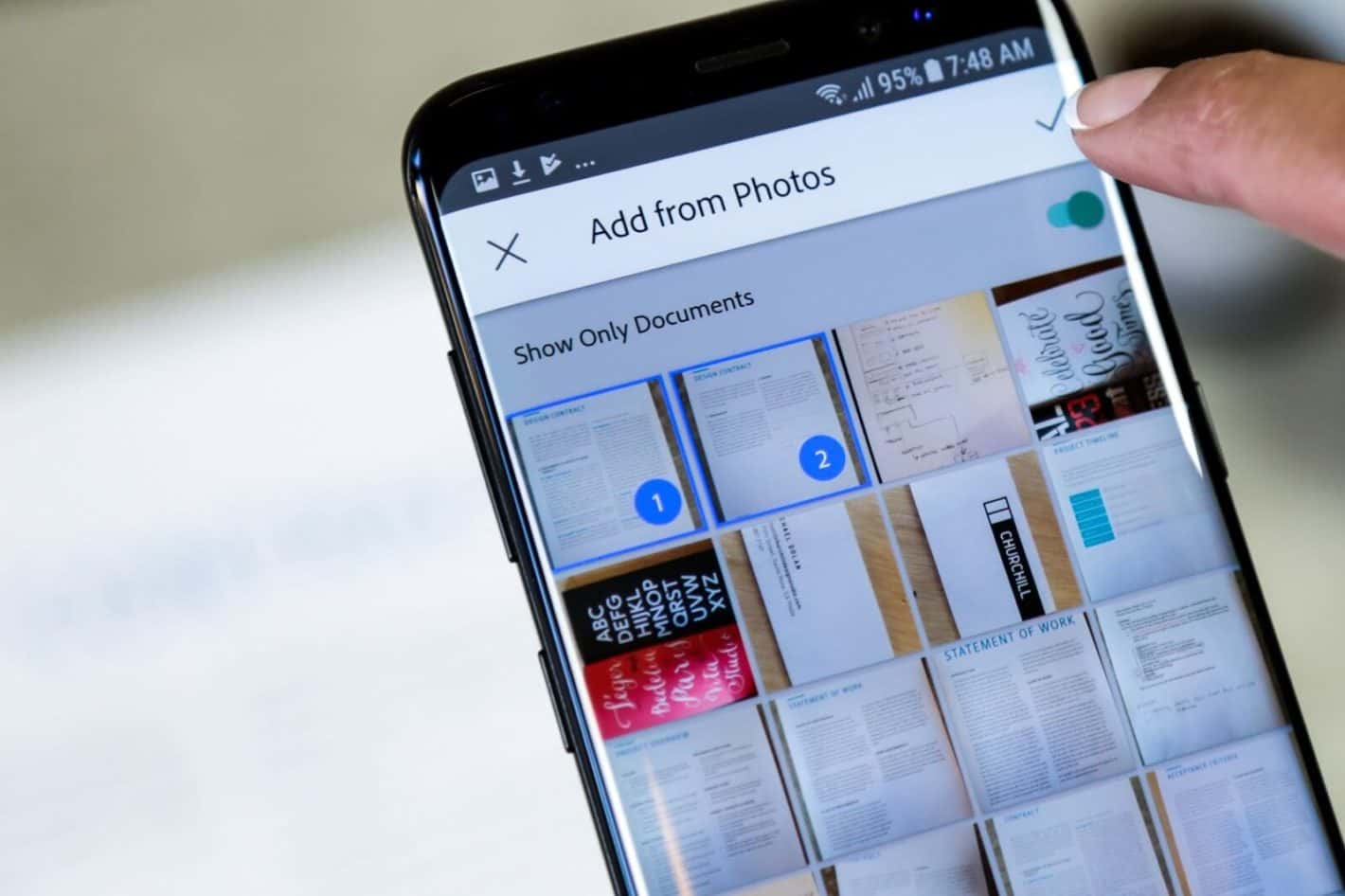 The Adobe Scan Android app was updated with the ability to identify documents from one's internal storage and a variety of other features earlier today, with the San Jose, California-based company claiming that its app is now the only solution of its kind that's available for download from the Google Play Store free of charge. Taking advantage of the newly added functionality is as simple as tapping the "Show Only Documents" toggle that Adobe now added to the app, with the command being available near the top of the "Add From Photos" menu, as seen in the image above. Following the update, identifying documents photographed before you even installed Adobe's solution should become significantly easier, the company said.

Facilitating the process of accessing particular scans from your library appears to be the main theme of the new version of Adobe Scan, with the mobile tool now also being ennobled with additional search filters, allowing users to search for files by their name and creation date. Offline functionality is also part of the package, as are improved image cleaning capabilities, specifically those for eliminating folds and shadows from one's scans, both of which should provide you with more tools to make your mobile scans as usable as possible. Adobe also added native support for Apple's Files app in iOS 11 and while Android doesn't have such a universal solution for internal storage navigation, a similar functionality could be added in the future in order to improve Adobe Scan's usability with Google's recently launched Files Go app or a comparable Android app from certain phone makers like Samsung and LG.

The latest updated to Adobe Scan marks the first revision of the mobile tool since late September when Adobe enhanced its service with support for Android 8.0 Oreo, optical character recognition capabilities, and extra organizational features. The newly introduced functionalities all appear to be aimed at building on the initial concept of the app, which is to position it as the go-to solution for document scanning. The update is presently in the process of rolling and should soon be available for download in all parts of the world.