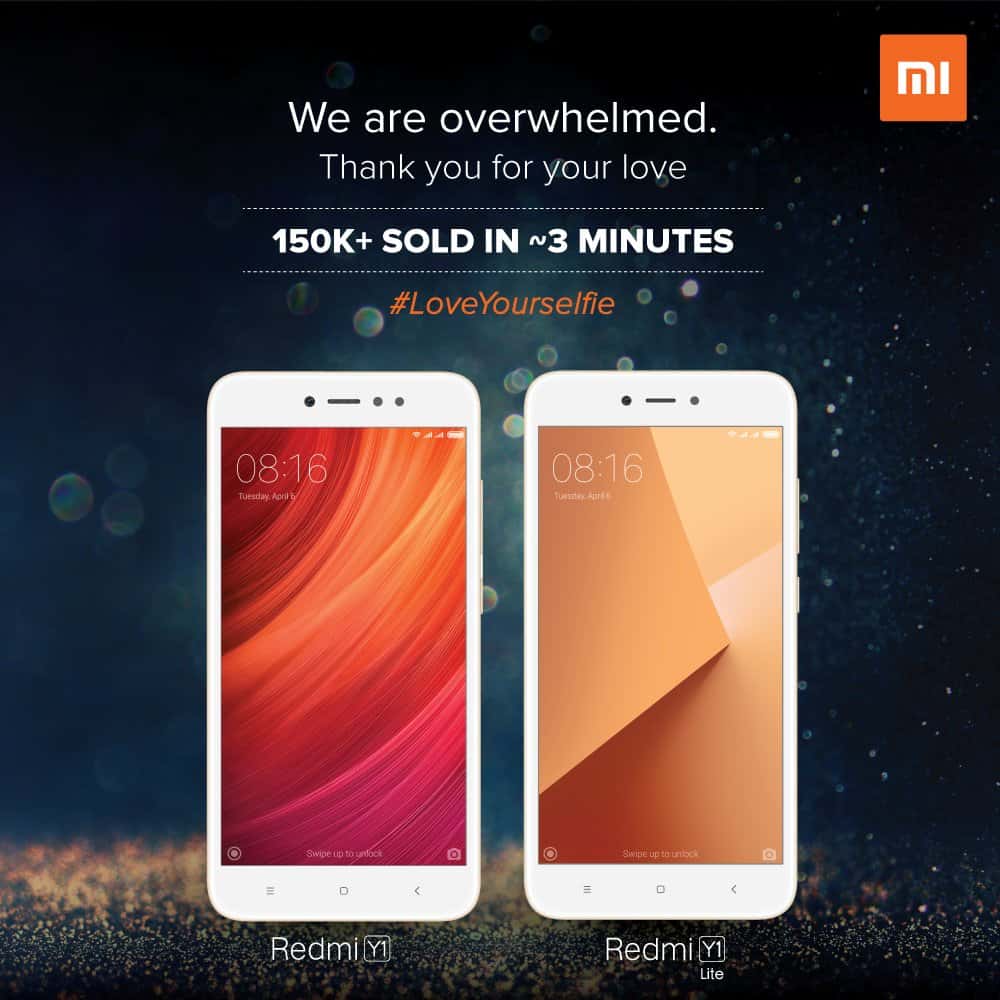 Xiaomi ended its first flash sale for the Redmi Y1 and Redmi Y1 Lite announced on November 2 in India, and it was quite a success, it seems. According to Manu Kumar Jain, the managing director of Xiaomi’s India branch, the company managed to sell more than 150,000 Redmi Y1 and Redmi Y1 Lite in just three minutes. The handsets come with entry-level specifications and budget-friendly price tags, which likely made them so appealing during the first flash sale. With the initial sale a success, Xiaomi is already planning the second flash sale, which will take place on November 15. The smartphones will be available on Amazon India, as well as Xiaomi’s own website (Mi.com).

The Xiaomi Redmi Y1 Lite, meanwhile, is basically a rebranded Redmi Note 5a and it comes as an entry-level offering as well. The handset sports a 5.5-inch HD display, a 64-bit quad-core Qualcomm Snapdragon 425 processor clocked at 1.4GHz, 2GB of RAM, and 16GB of native storage space, expandable via a microSD card. Other specs include a 13-megapixel rear camera, a 5-megapixel front shooter, dual SIM support, 4G with VoLTE, and a 3,080mAh battery (non-removable). The Redmi Y1 Lite also ships with Android 7.1.1 Nougat and MIUI 8, upgradable to MIUI 9. Unlike the Redmi Y1, the Redmi Y1 Lite does not have a fingerprint scanner. With lesser specs, the Redmi Y1 Lite is also cheaper, retailing at INR 6,999 (roughly $110). Xiaomi has yet to mention when or if it plans to launch the two smartphones in other markets outside of India.

Thank you Mi Fans for your love and support. 🙏 Next sale is on 15th Nov at 12 noon!
#LoveYourSelfie pic.twitter.com/sNxeSkGDin