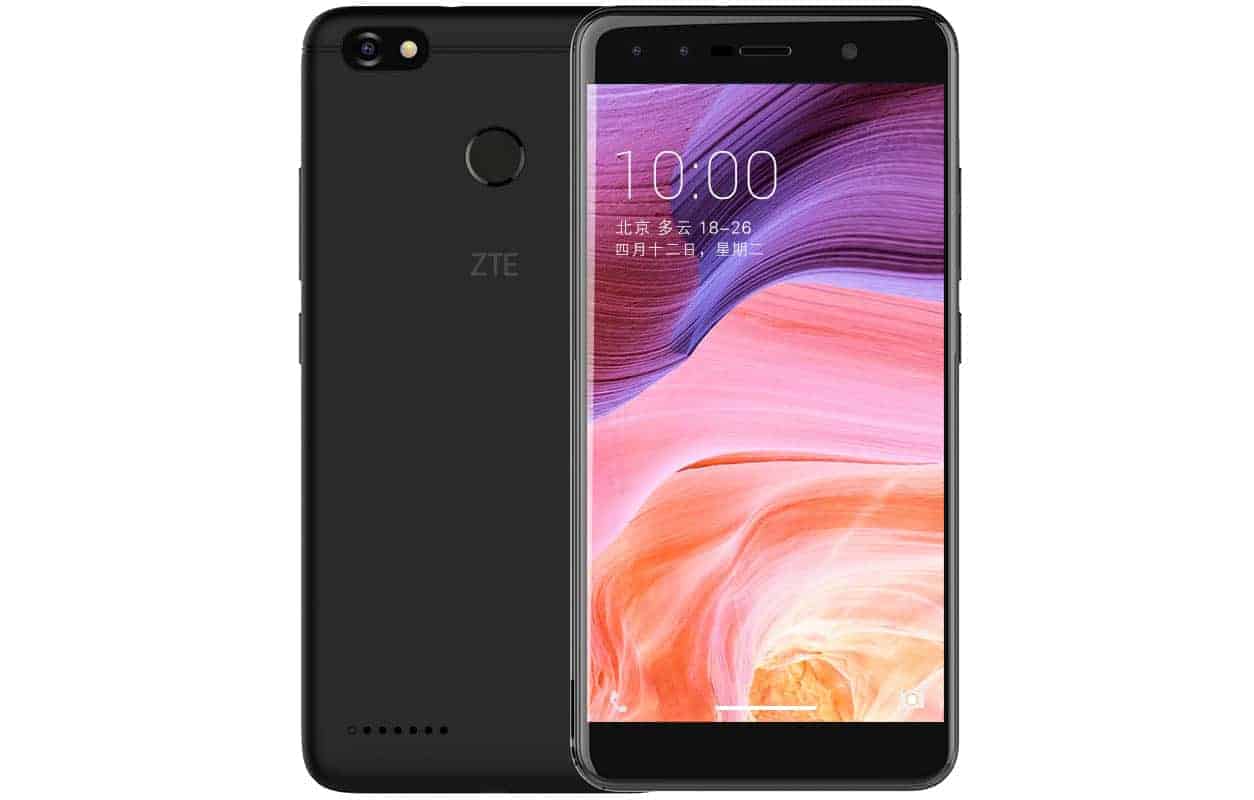 The ZTE A3 smartphone debuted in ZTE's home country earlier today as the latest step in the company's efforts to provide Android mid-rangers at extremely affordable prices. The device costs 799 yuan which translates to just over $120, making it one of the most aggressively priced offerings even in the context of a highly competitive market like China. The handset is available in Glacier Blue and Obsidian Black, with the two models only differing in terms of color and featuring otherwise identical plastic bodies and internal hardware.

The ZTE A3 boasts a 5.5-inch TFT display with an HD resolution of 1,280 by 720 pixels and a regular aspect ratio of 16:9. The glass used for its screen is of the 2.5D variety but no additional protection layers have been applied to it, meaning that a screen protector is highly recommended alongside every purchase of the product. ZTE's latest offering is powered by MediaTek's MT6737T, a quad-core SoC clocked at a maximum operating frequency of 1.5GHz that's said to be relatively power-efficient. The chip is backed by 3GB of RAM and 32GB of internal flash memory which is expandable by up to 128GB via a dedicated microSD card slot which still doesn't prevent you from using two Nano SIM cards with the smartphone. A 4,000mAh non-removable battery is also part of the package, as are a circular fingerprint reader situated on the back panel of the device, 3.5mm headphone jack, and a microUSB port. The back side of the ZTE A3 houses a 13-megapixel sensor accompanied by a conventional LED flash, with its regular-sized top bezel featuring a dual-camera setup entailing a 5-megapixel module and a 2-megapixel one, the latter of which is presumably used for adding a depth-of-field effect to portrait shots.

The newly announced device ships with Android 7.0 Nougat enhanced with MiFavor 4.2 and is unlikely to ever receive an official update to any build of Android Oreo. ZTE said the handset will go on sale on November 6th and is presently available for pre-orders from the company and JingDong Mall. The firm which recently unveiled what it claims is the first contemporary foldable smartphone releases new devices on a regular basis and is likely to debut more offerings before the end of the year.