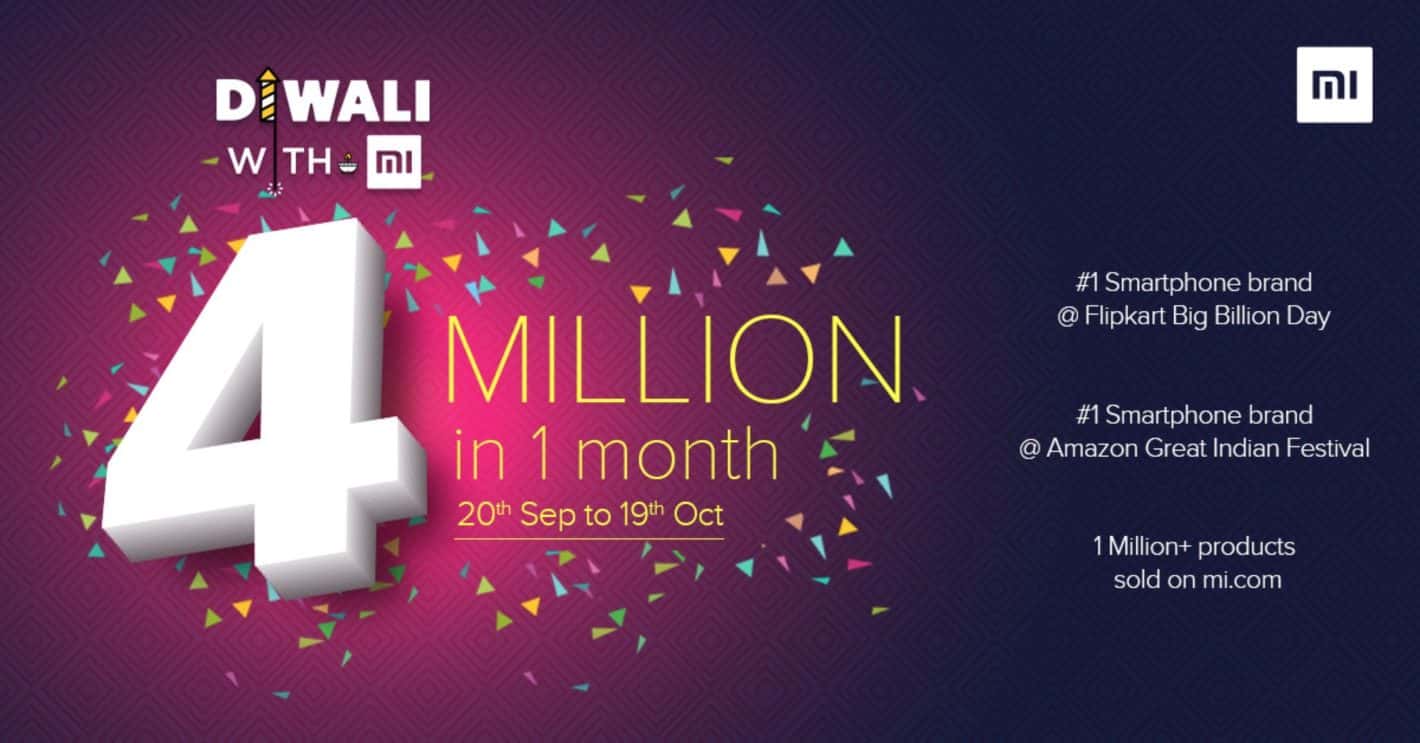 Manu Kumar Jain, Xiaomi’s Global Vice President and the Managing Director of Xiaomi India, has just announced, via his official Twitter page, that the company has managed to sell 4 million smartphones in only one month (September 20 – October 19). Now, the company has been hosting various sales during the past month in honor of Diwali, a festival of light in India. During the past month, Xiaomi was the first placed brand in terms of sales on both Flipkart and Amazon India, while the company also mentioned that it managed to sell over 1 million devices via its official mi.com store.

Having said that, Manu Kumar Jain did not release any info as to what phone was the most successful for the company in the past month, but it is possible that such info will be revealed later on. In any case, this is a huge success for Xiaomi, as India is the company’s second-largest market, and the second largest market on a global scale as well. Xiaomi is currently seeing the most success in China and India, two of the largest markets out there, though it’s worth noting that this China-based company is still not officially active in a number of markets out there. Xiaomi did recently tease its arrival to Spain, though, which suggests that other European countries might join in as well. Xiaomi had managed to sell 10 million smartphones in September alone, on a global scale, which is the company’s record, and the company’s CEO actually said that Xiaomi is aiming to sell 90 million smartphones by the end of this year, which would be a huge success for the company, considering that Xiaomi managed to sell ‘only’ around 60 million units last year.

Selling 90 million smartphones by the end of this year will not be an easy task for Xiaomi’, as that means that the company has to reach quite high sales number in October, November and December, but considering how well its sales have been going in India, it’s possible. One of Xiaomi’s competitors in China, Huawei, actually announced quite recently that it managed to ship out 100 million smartphones already this year, so it will be interesting to see how will the sales numbers of these two companies compare at the end of 2017.