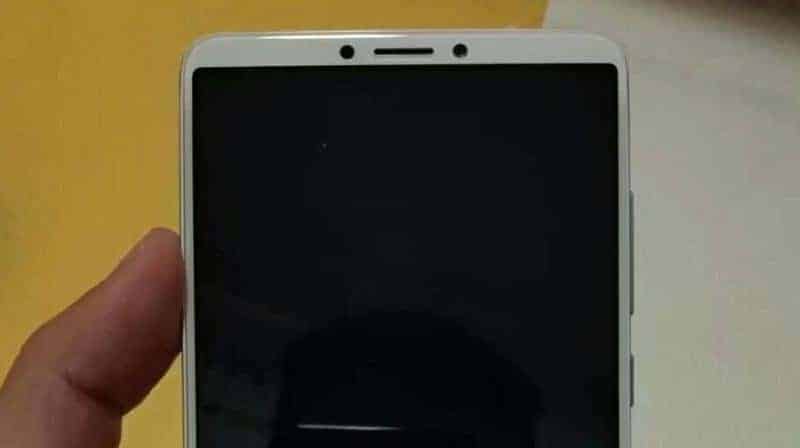 Two separate leaks have surfaced, one is showing of the alleged Redmi 5 handset in the flesh, while the other one shows off the back side of the Redmi 5A with some additional info. Let's start with the Xiaomi Redmi 5, shall we. If you take a look at the first image in the gallery down below, you'll be able to see Xiaomi's upcoming smartphone, at least according to the source. If this leak is accurate, the phone will sport really thin bezels, even though its display is not powered on, so we don't get to see how thick its black bars are, if it contains any of those.

All the physical keys will be included on the right-hand side of the Redmi 5, if this image is accurate, and in addition to this image, some info about the device itself surfaced as well. The device is rumored to sport 16 and 5-megapixel shooters on its back, while a 12-megapixel snapper is expected to be included on its front side. The phone is expected to cost 999 Yuan ($152), its most affordable variant, though two additional models with more storage are also expected to become available, and those two models will cost 1,299 Yuan ($197) and 1,699 Yuan ($258), according to the source, even though the source did not say what exactly can we expect in terms of storage. That being said, the second image in the gallery down below shows off the alleged Redmi 5A promo poster. If you take a look at that image, you'll notice that the Redmi 5 is made out of metal, and that it sports a single camera on the back. The phone also comes with a curved back side, and a single flash next to its main camera.

This phone actually resembles its predecessor, the Redmi 4A, aside from the fact it is made out of metal, not plastic. Its speaker also lies on the back, and not on the bottom, which is not all that surprising. This promo poster mentions that the Redmi 5A will weigh 137 grams, and that it will feature an 8-day standby battery life. The Redmi 4A weighs 131.5 grams, and it comes with a 3,120mAh battery, though the Redmi 5A is made out of metal, so it is expected to weight more, but it will almost certainly sport a battery that is larger than 3,000mAh. This promo poster also reveals that the Redmi 5A will ship with MIUI 9 out of the box, and the phone will probably sport a 5-inch 720p display, 2GB / 3GB of RAM and it will be fueled by the Snapdragon 425 SoC.