Jelly, the world’s smallest 4G smartphone, is now available to customers worldwide. At the time when smartphones seem to be getting bigger, the Jelly phone is going in the opposite direction, aiming to serve as a secondary phone that can easily fit in any pocket. The handset comes from startup Unihertz and has raised more than $1.7 million through crowdfunding campaigns on Kickstarter and Indiegogo. It’s so tiny that it can fit in a coin pocket, in addition to running Android 7.0 Nougat out of the box. When the Jelly phone first launched as a crowdfunded project, Android 8.0 Oreo was still unannounced, so the small handset featured the then-latest stable Android version on a budget.

The Jelly smartphone is an entry-level device with modest specifications, albeit it does come in two versions. The base variant features 1GB of RAM and 8GB of native storage space, while the Jelly Pro model packs 2GB of RAM and 16GB of internal flash memory. Both versions come with dual-SIM support, as well as microSD support for cards with a capacity of up to 256GB. Under the hood, the Jelly phone packs a quad-core processor clocked at 1.1GHz and a 950mAh battery, which seems suitable for a phone of this size. Other specs include a 2.45-inch display with a resolution of 432 by 240 pixels, 8-megapixel main camera, 2-megapixel front shooter, and 4G LTE, Wi-Fi, GPS, and Bluetooth 4.0 connectivity. The phone has a microUSB port for charging and data transfers, and it also features a 3.5mm headphone jack.

Unihertz markets the Jelly phone as an alternative to one’s main phone suitable for jogging, workouts, or other scenarios in which a large phone is inconvenient, or simply as a backup device. With its crowdfunding campaigns successfully completed, the Jelly smartphone is now ready to ship to customers worldwide. Currently only the Jelly Pro version seems to be available on Unihertz’s website and Amazon, with the device sporting a $124.99 price tag. The company said that the estimated delivery time is between 21 and 30 days after receiving the order, and only 499 units seem to be in stock as of this writing. Available color options include black, white, and blue, with the product also being sold alongside Jelly cases and armbands available separately at $12.99 each. 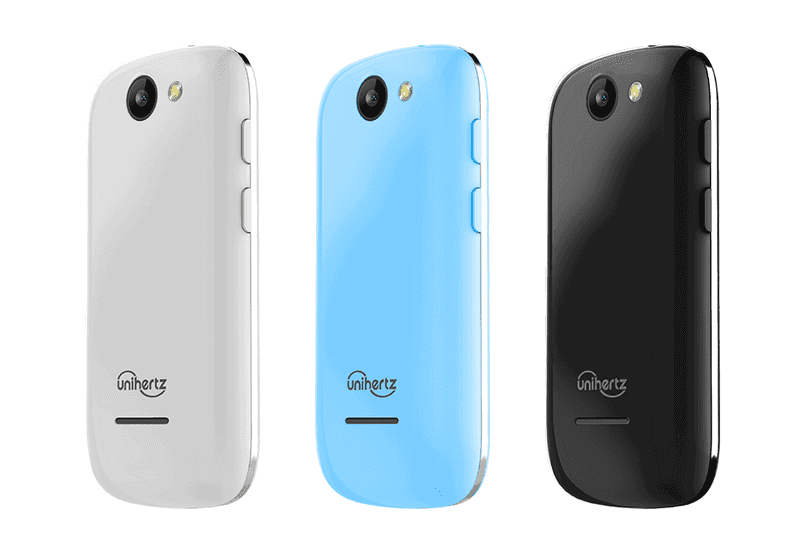 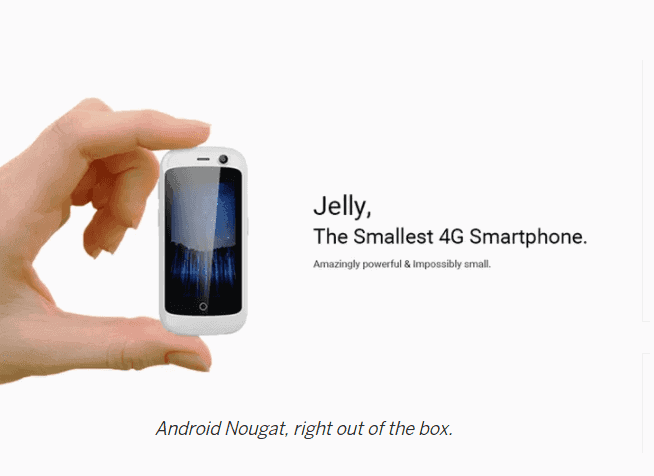 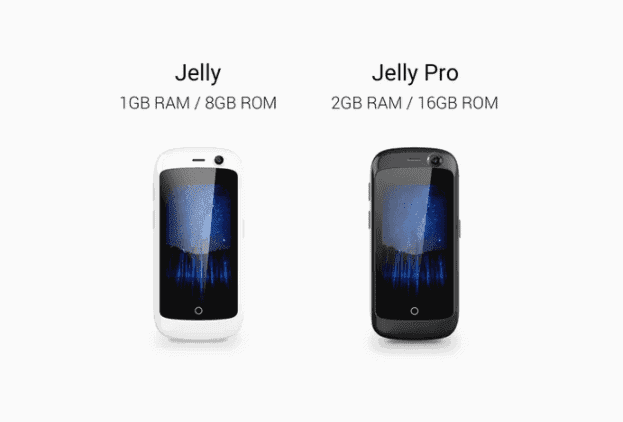 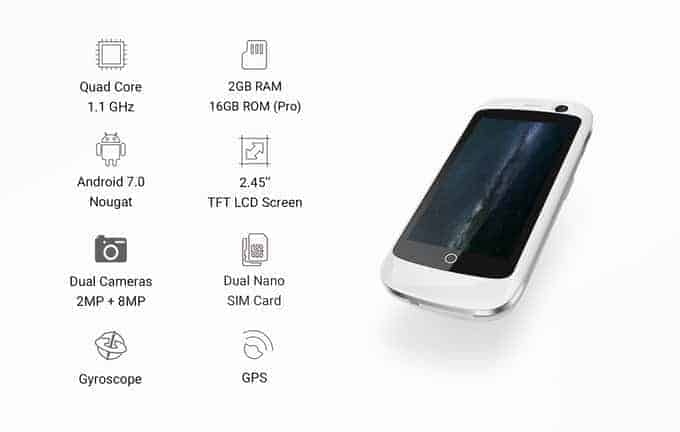 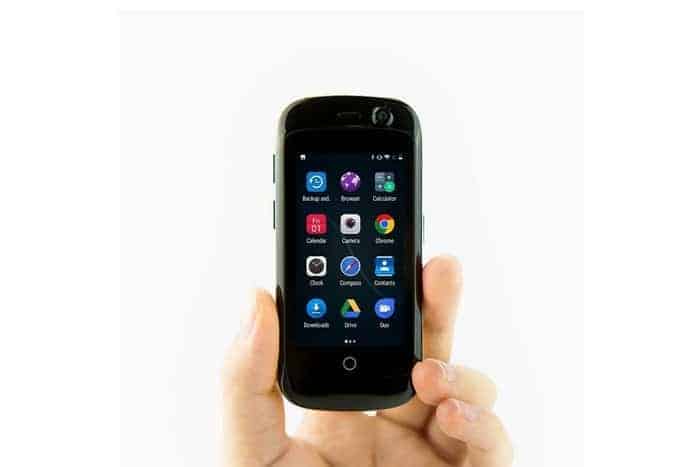