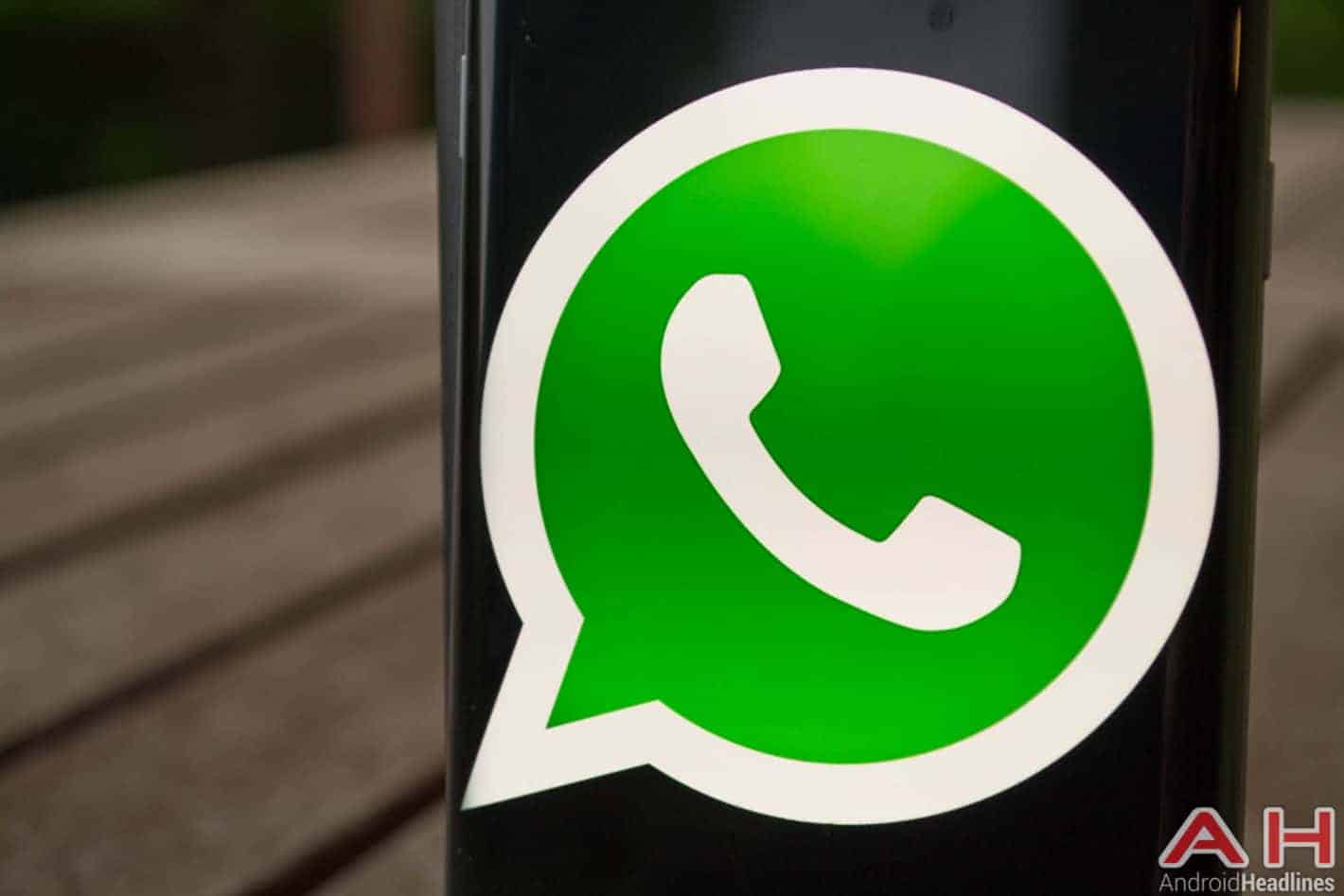 WhatsApp has started rolling out a new feature for users, allowing them to delete messages for everyone. So far, WhatsApp users have only been able to delete their own copy of the message, but the message would still be visible in the recipient’s copy of the conversation. With the new feature to delete for everyone, the message will disappear from the recipient’s conversation as well, not just the sender’s. Rival messaging app Viber has been offering this option for a good while now and WhatsApp has been working on implementing it since last year. The feature is now ready to hit the public but the rollout is reportedly slow so it might take a while for all users to receive it.

There are a number of scenarios when deleting a sent message could come in handy, whether the user regrets sending it in the first place, they sent it to the wrong person, they hit send by mistake, they realized the details were wrong, or some other reason. On Android, upon deleting a sent message for everyone in the conversation, the recipient(s) will receive a notification saying “this message was deleted for everyone.” The option allows users to delete messages in both chats and groups, and they can delete texts, videos, pictures, voice messages, locations files, GIFs, or status replies. For now, the delete for everyone feature doesn’t work with quoted messages, stickers, or messages sent in a Broadcast List. The deleted messages will be replaced with a “this message has been deleted” note in a conversation. The delete for everyone option is designed to work on Android, iOS, and Windows Phone, provided both the sender and the recipient have the latest version of WhatsApp installed. The feature will not work on the old Symbian OS that Nokia used to use.

It seems, however, that the delete for everyone option in WhatsApp comes with a catch. To delete a message for everyone in the conversation, the sender has to act fast and delete it within seven minutes of sending it. If the seven minutes have passed, the message is there for good as it will no longer be possible to remove it from the recipient’s copy of the conversation. It’s also worth pointing out that the sender will not receive any notifications if the message they’re trying to remove was successfully deleted or not. If the recipient is on Symbian or is using an older WhatsApp version, the recall will fail but WhatsApp will offer no indication in this regard. 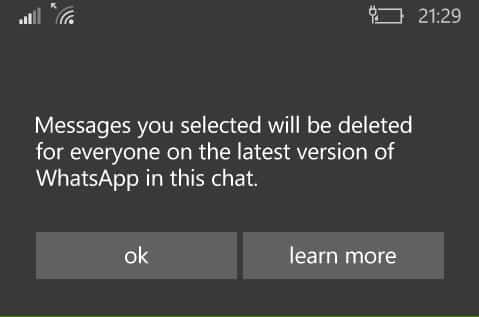 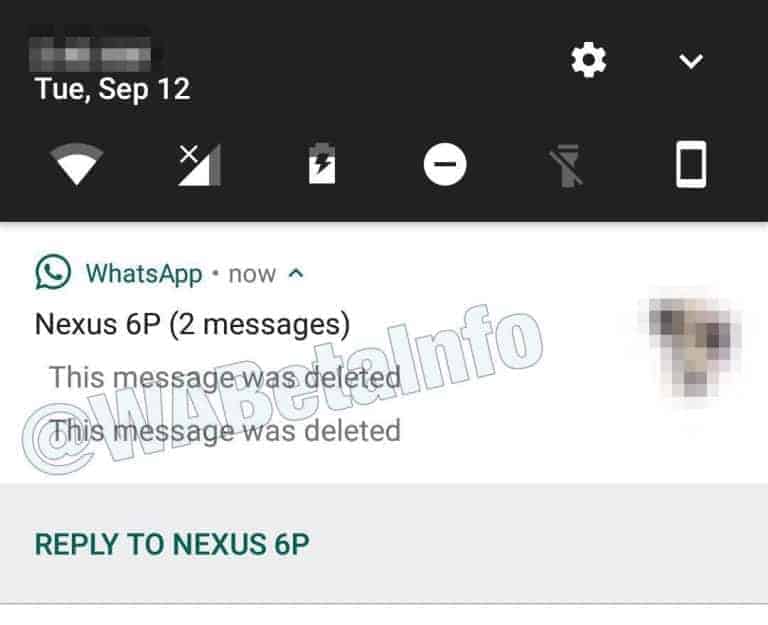 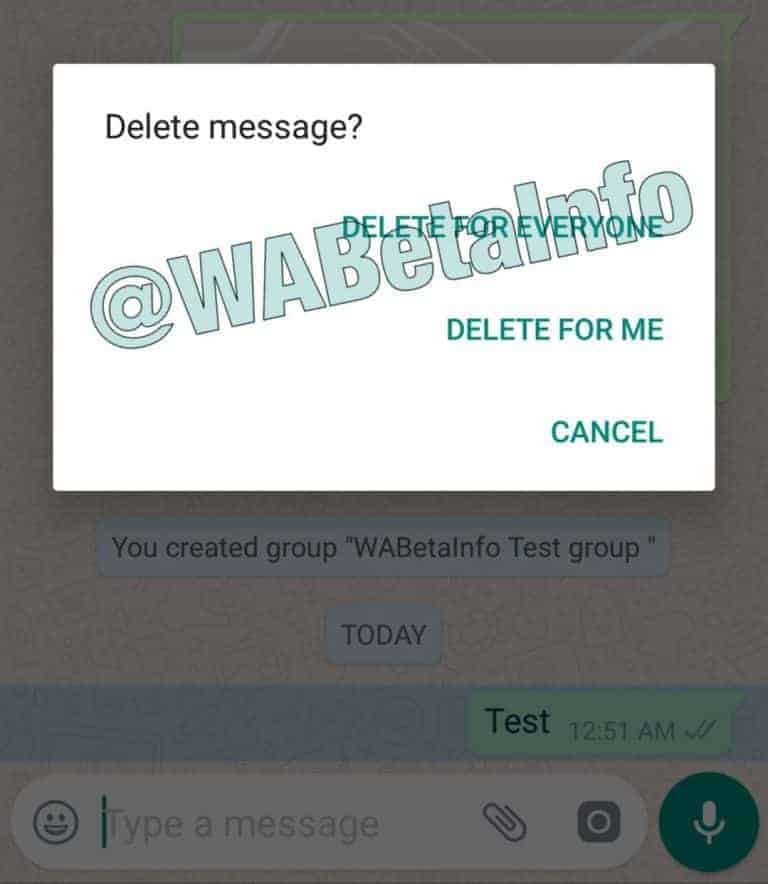 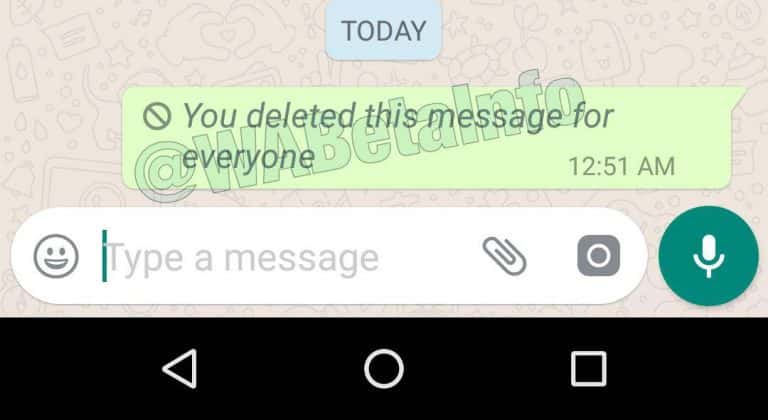 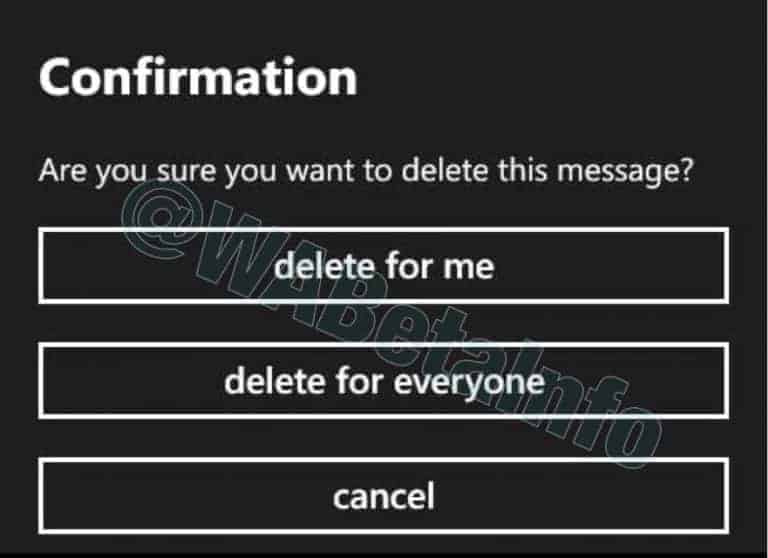