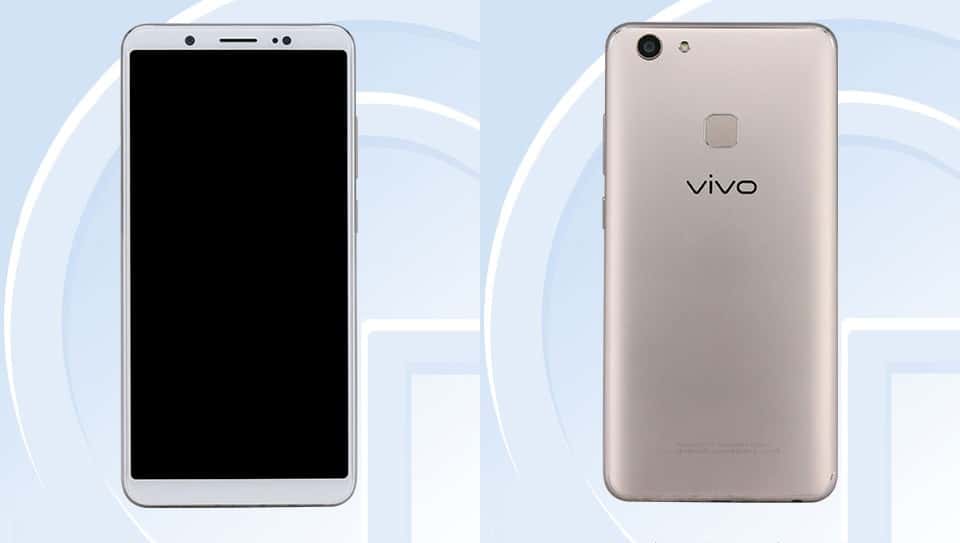 A Chinese OEM, Vivo, is seemingly preparing a new full-screen handset for market release, as the device was recently approved by TENAA, where it's been identified as the Vivo Y79. The smartphone at hand looks quite similar to the company's previous full-screen device, the Vivo X20, however, unlike the aforementioned smartphone, the Vivo Y79 appears to accommodate a single rear-facing camera, a slightly smaller battery, and a lower resolution display.

According to the TENAA's listing, the Vivo Y79 carries a 5.99-inch TFT display with a resolution of 1440 x 720, and judging by the photos shared by the Chinese regulatory agency, the device will adopt a full-screen design with thin bezels all around. Some of the internal components have not been revealed in their entirety and TENAA doesn't say exactly what brand of chipsets will be adopted by the Vivo Y79, but the documents do mention a silicon housing a total of eight CPU cores and a frequency of 1.8GHz. Having said that, there is a possibility that the Vivo Y79 uses the same chipset as the Vivo X20, namely the Qualcomm Snapdragon 660 featuring four Kryo 260 CPU cores clocked at 2.2GHz, and an additional four cores operating at a frequency of 1.8GHz, with only the latter clock rate being specified by TENAA. In any case, the processor seems to be coupled with 4GB of RAM, and storage-wise the device conceals 64GB of on-board memory expandable by up to an additional 128GB via microSD.

Other details include what appears to be a 16-megapixel main camera coupled with a 24-megapixel front-facing sensor, a 3,150mAh battery, Bluetooth and LTE connectivity, as well as a fingerprint recognition sensor on the back panel. TENAA mentions only the color Gold but other flavors may become available later, and in overall the smartphone measures 155.97 x 75.74 x 7.7mm while tipping the scale at 160 grams. Lastly, the smartphone currently runs Android 7.1.2 Nougat out of the box, which is the most recent version of Nougat prior to the release of Android Oreo. As of this writing, there are no official details in regards to the Vivo Y79's possible market launch, but seeing how the device has now been certified by TENAA, it's likely that the smartphone may be officially introduced in the coming weeks or months.