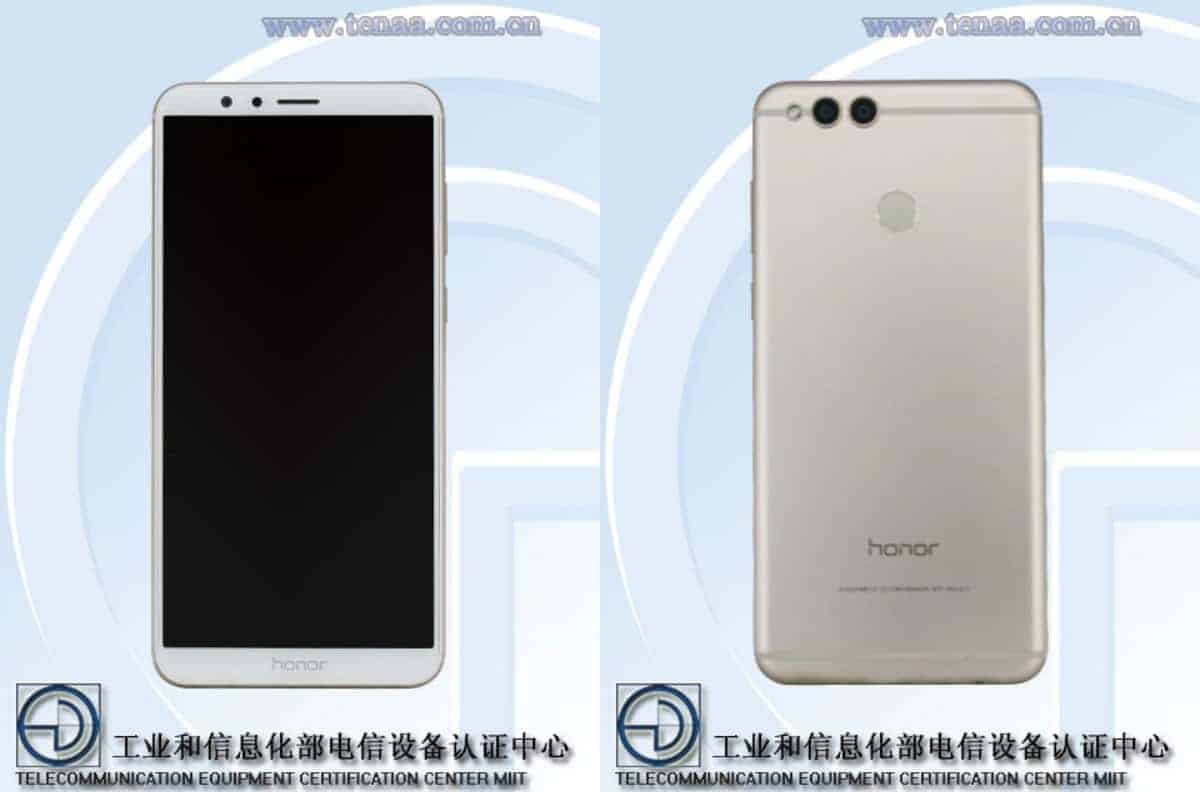 The upcoming Honor 7X handset has just surfaced on Geekbench, while the phone also got certified by TENAA (China’s equivalent to the FCC). Having said that, Honor will introduce this smartphone on October 11, the company already confirmed, which means that the phone will become official in two days. Now, thanks to Geekbench and TENAA, we now know what to expect both in terms of the phone’s specs, and its design, read on.

Let’s kick things off with Geekbench, shall we. The website confirms that the Honor 7X will ship with Android 7.0 Nougat out of the box, while it will also pack in 4GB of RAM. Geekbench also reports that the phone will be fueled by an octa-core SoC, but we still don’t know what chip is this exactly. The device managed to hit 909 points in the single core benchmark on Geekbench, while it also scored 3,159 points in the multi-core benchmark on Geekbench. Two Honor 7X models popped up on TENAA, the Honor BND-AL10 and BND-TL10. Having said that, there’s no real difference in specs when these two variants are concerned, and the same can be said for their design as well, so we’re presuming that these two variants of the Honor 7X are aimed at difference Chinese carriers. In any case, if you take a look at the gallery down below, you’ll be able to see the Honor 7X. This phone is made out of metal, it comes with a rear-facing fingerprint scanner, and a dual camera setup on the back. The device does not have any physical keys up front, and its dual camera setup protrudes on the back a bit.

The Honor 7X will sport a 5.93-inch fullHD+ (2160 x 1080) display, along with 4GB of RAM and 64GB of expandable native storage (expandable up to 256GB via a microSD card). TENAA says that the phone’s processor will come with eight cores, and it will be clocked at 2.36GHz, while it reiterates that Android 7.0 Nougat will come out of the box. On top of Android 7.0 Nougat, this phone will sport Huawei’s custom UI, Emotion UI 5.0 or 5.1. A 3,240mAh non-removable battery will also be a part of this package, while the phone will sport 16 and 2-megapixel shooters on the back. An 8-megapixel camera will be included on the front side of this smartphone, and the phone will come in Black, Blue and Gold color variants. The Honor 7X will measure 156.5 x 75.3 x 7.6mm, and it will weigh 165 grams.