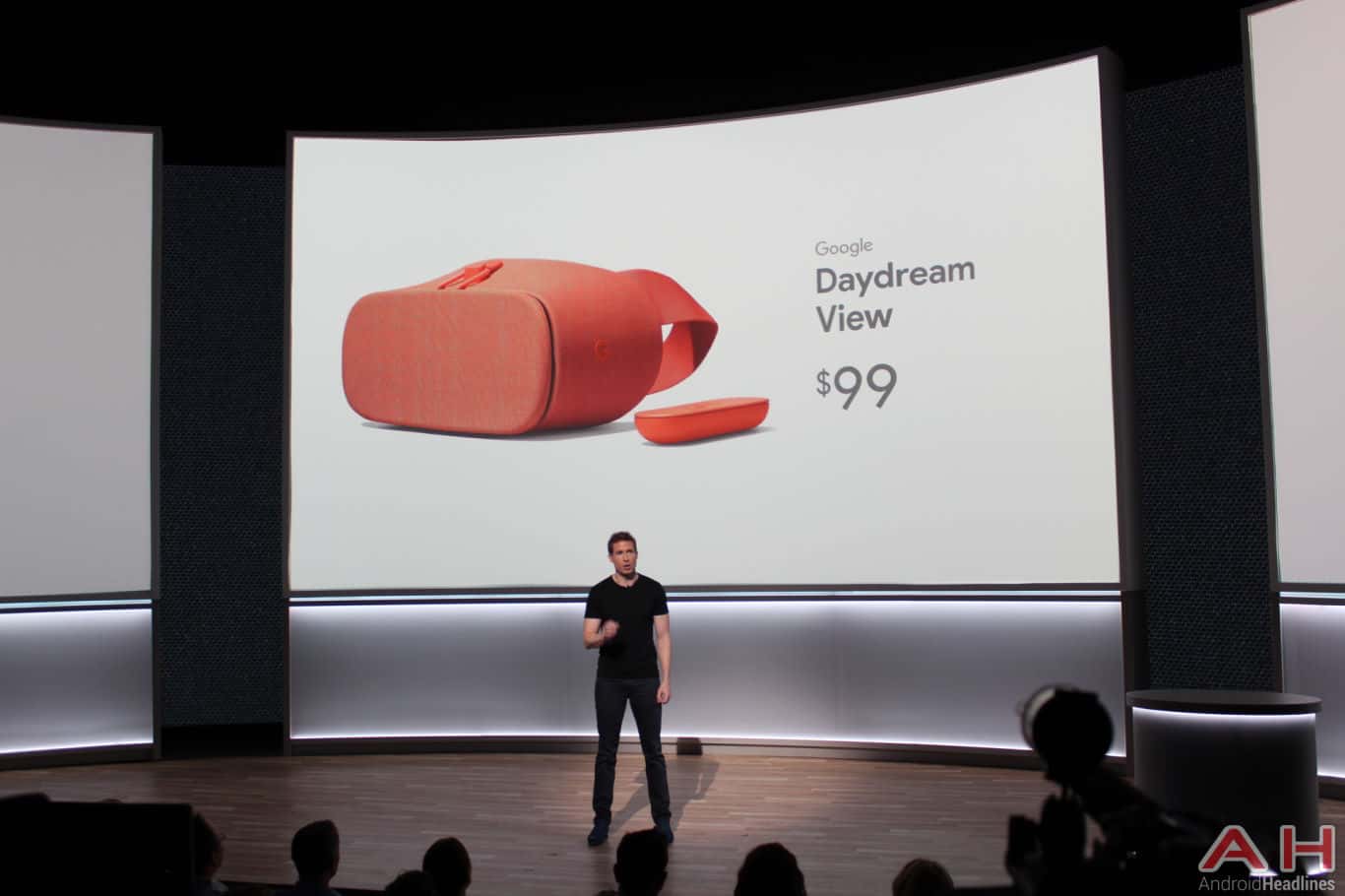 Google’s 2nd Gen. Daydream View will cost $99 which is a bit more expensive than the original model, but that shouldn’t be too much of a surprise thanks to the leak that included pricing information from a couple of weeks back. Google officially unveiled the new headset just a bit earlier this morning alongside the new Pixel phones and a handful of other new hardware products. Right now the Daydream View isn’t available for purchase, but it will be available for pre-order alongside the new Pixel 2 and Pixel 2 XL starting today. According to Google the Daydream View headset will be available to buy later this year with a planned ship date of October 19th, so it won’t be too long before the headset is made available for anyone who is either waiting to buy it or plans to pre-order the one of the new Pixel devices in addition to the headset.

You’ll naturally be able to pick it up from the Google Store, and it’ll also make it to retailers like Best Buy and should be available in both Best Buy stores and on Best Buy’s website, catering to both consumers who want to pick it up physically and order it from the convenience of their home. Beyond Best Buy and Google’s own online store, customers will also be able to grab the headset at Verizon and AT&T if they’d prefer to purchase it from their carriers, or they can pick it up from Amazon.

As for region availability, the U.S. is a given, but Google is also launching the new Daydream View headset in the UK, Canada, Germany, Australia, Italy, France, Spain, India, Japan, and Korea. The headset will be available from the Google Store in all of those locations except for India, which will sell the headset through online retailer Flipkart. For Australia, the headset will also be sold at Telstra, one of the country’s biggest wireless carriers, and JB Hi-Fi. For Germany, customers will be able to buy the headset from Deutsche Telekom, Vodafone, MediaMarkt, and Saturn. Additional retailers in the UK and Canada will carry the headset as well, including EE and Carphone Warehouse for the UK, and Best Buy, Rogers, Bell, TELUS, Freedom, Videotron, and Glentel for Canada. Although Google does plan to launch the new Daydream View in these other regions, it hasn’t mentioned if it will ship to those regions on the 19th along with the U.S.