In addition to the many changes that have already been noted with Android 8.1 (Oreo), it seems Google is keen on making sure the Oreo branding is far more prevalent than it was before. For example, system notifications now seem to show up in Oreo form. Or at least, that is what they now look like. For reference, since the launch of Android Oreo (and even when it was known as ‘Android O’) the icons for these system notifications would appear (shown above) as small circles (an ‘O’) reminiscent of the Android O logo found within Oreo’s Easter egg in settings. Now though, those icons accompanying those system notifications appear to be small Oreo cookies.

Which makes sense as one of the other changes already noted with Android 8.1 is a change to the Easter Egg in general. While the octopus is still in play, the bigger orange colored ‘O’ shape which precedes the launch of the floating octopus has been replaced with a much more identifiable Oreo. So with the bigger version of the O having been replaced with an Oreo, it makes sense that the smaller icon versions of the same O dotted throughout Oreo’s interface and system would have also been replaced with small Oreo-branded icons. In other words, this now seems to be a system-wide change with all of the last traces of Android O’s O theme migrating over to Android Oreo’s Oreo theme.

As a result, once a device has been updated to Android 8.1, users will start to see these Oreo icons showing up for a number of different reasons and almost immediately. As the first of these notifications will appear as soon as the device has booted up and advising that the 8.1 update is still in the process of finalizing. While additional ones will come through during normal usage, like for example when USB debugging is switched on and in use. Likewise, when there are notifications available, but the notification shade has yet to be pulled down, instead of seeing those little O shapes from now on, users will simply see a row of small Oreo cookie icons – as shown below. 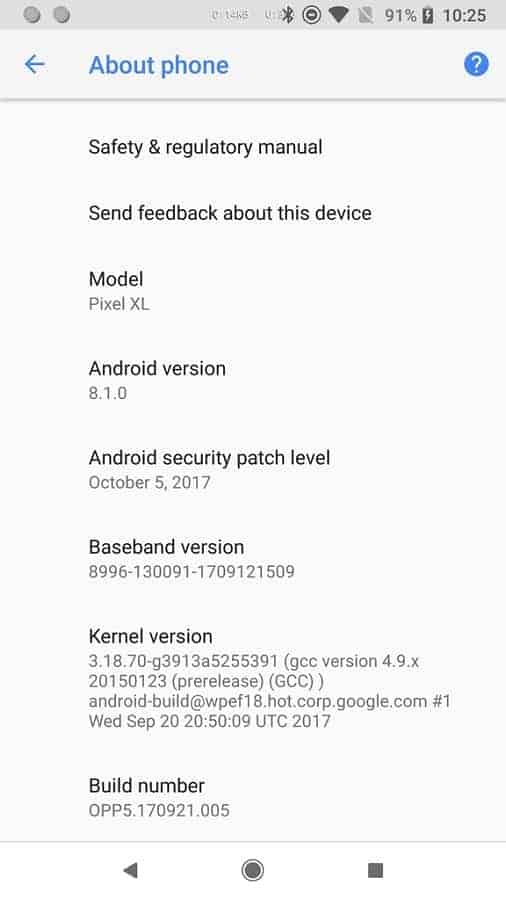