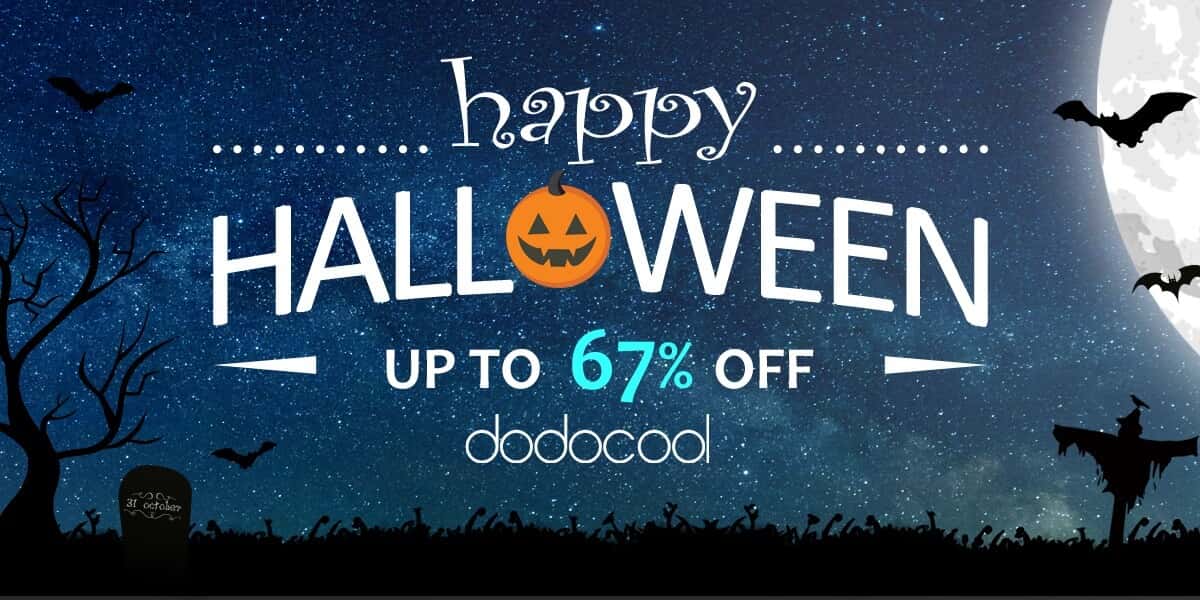 If you are in the market for some new smartphone and tech accessories then it is currently worth heading over to dodocool as the online retailer has now launched a special Halloween promotion where a number of products have been reduced in price, and some by as much as 67-percent. So there are some serious savings to be had.

With this being a Halloween sale though, don’t expect it to be running for too long. These prices are limited and those interested in taking advantage of the savings will need to buy before November 1 or before stock runs out. To be able to max out on the savings, interested buyers will need to click through the link below. At which point a selection of products that are currently coupon-eligible will be shown. The buyer just needs to then select their country of residence and hit the ‘Get Code’ button and a unique coupon code will be generated for each user. This coupon code can then be used when checking out to get the lowest available price. Head through the link below to check out the full selection of products currently on sale, as well as the option of getting your unique coupon code.

Advertisement
dodocool Halloween Sale
Advertisement
Trusted By Millions
Independent, Expert Android News You Can Trust, Since 2010
Publishing More Android Than Anyone Else
38
Today
135
This Week
136
This Month
4901
This Year
106377
All Time
Advertisement