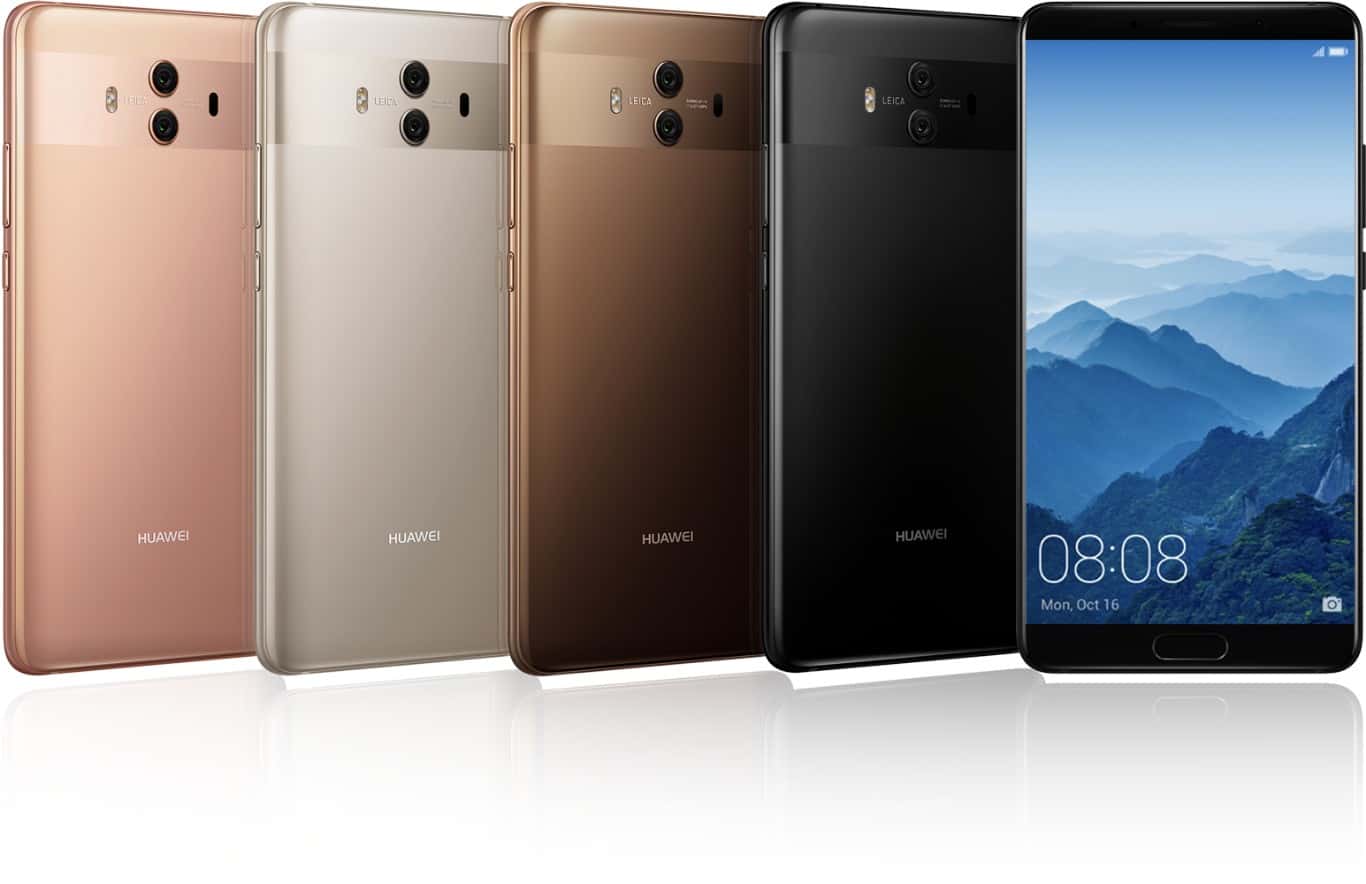 Huawei has just announced its Mate 10 flagship. We’ve already shared our official announcement post for that handset and are here to take a closer look at the Mate 10’s spec sheet. Before we get started, it’s worth noting that the phone is made out of metal and glass, and that it sports a dual camera setup on the back, while its fingerprint scanner is located below its display. The Mate 10 sports rather thin bezels, and it comes with Leica’s lenses on the back. Having said that, let’s talk more about its specs, shall we.

The first thing you’ll notice when you lay your eyes on the Mate 10 is its display, this handset comes with a 5.9-inch QHD (2560 x 1440) RGBW HDR display, which is protected by a layer of Gorilla Glass 5. This smartphone is, as expected, fueled by the HiSilicon Kirin 970 64-bit octa-core processor, which is Huawei’s very own chip that was announced at IFA in Berlin. This processor comes with a dedicated ‘i7’ AI chip on the inside (NPU), while the Mali-G72 MP12 GPU is also included on this SoC. The Mate 10 ships with 4GB of RAM and 64GB of native storage. The Huawei Mate 10, as already mentioned, comes with two cameras on its back, we’re looking at 12-megapixel (RGB) and 20-megapixel (monochrome) cameras here (OIS, 4-in-1 hybrid focus, Huawei hybrid zoom, f/1.6 + f/1.6 aperture, PDAF, CAF), while a single 8-megapixel snapper can be found on the front side of this smartphone. A 4,000mAh non-removable battery fuels this smartphone, while fast charging is also included in this package, of course. The Huawei Mate 10 comes with Huawei’s proprietary fast charging (SuperCharge), in case you were wondering. Huawei uses something called ‘Intelligent Battery Management’ in order to offer you a great battery life, and the company claims that the battery life in the Mate 10 is 30 percent better than in the Mate 9. The Huawei Mate 10 will charge up to 58 percent in only 30 minutes, says Huawei, which is four times faster than wireless charging, says the company. The Huawei Mate 10 comes with a dual SIM setup, as expected, and the same goes for NFC and HD audio as well. The Huawei Mate 10 is also IP53 rated, which means it is resistant to spills and dust.

As far as software is concerned, you’re getting Android 8.0 Oreo out of the box here, and on top of it Huawei’s pre-installed its very own skin, Emotion UI (EMUI) 8.0, and no, it’s not a typo, Huawei opted to skip EMUI 6.0 and EMUI 7.0 for some reason. This is a completely new version of EMUI we’re looking at here, which comes with basically all stock Oreo features, though Huawei did add some of its own software features on there, and the skin looks somewhat different than stock Android. The Huawei Mate 10 offers support for Cat. 18 4.5G LTE, which makes it first of a kind, while Wi-Fi 802.11 a/b/g/n/ac with Wi-Fi Direct support is also a part of this package. The Huawei Mate 10 comes in Champagne Gold, Black, Pink Gold and Mocha Brown color variants, in case you’re wondering. This smartphone measures 150.5 x 77.8 x 8.2mm, while it weighs 186 grams. 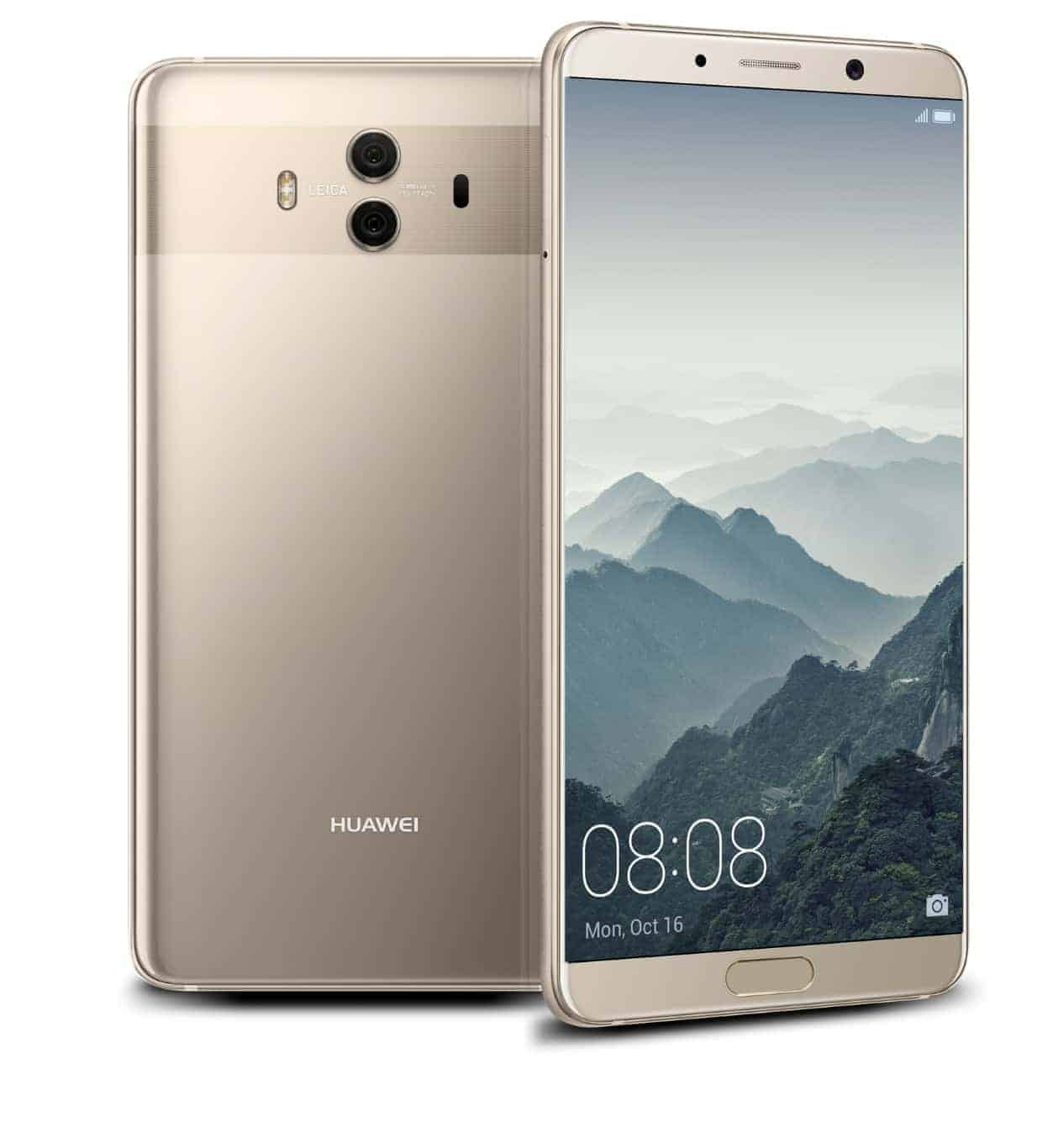 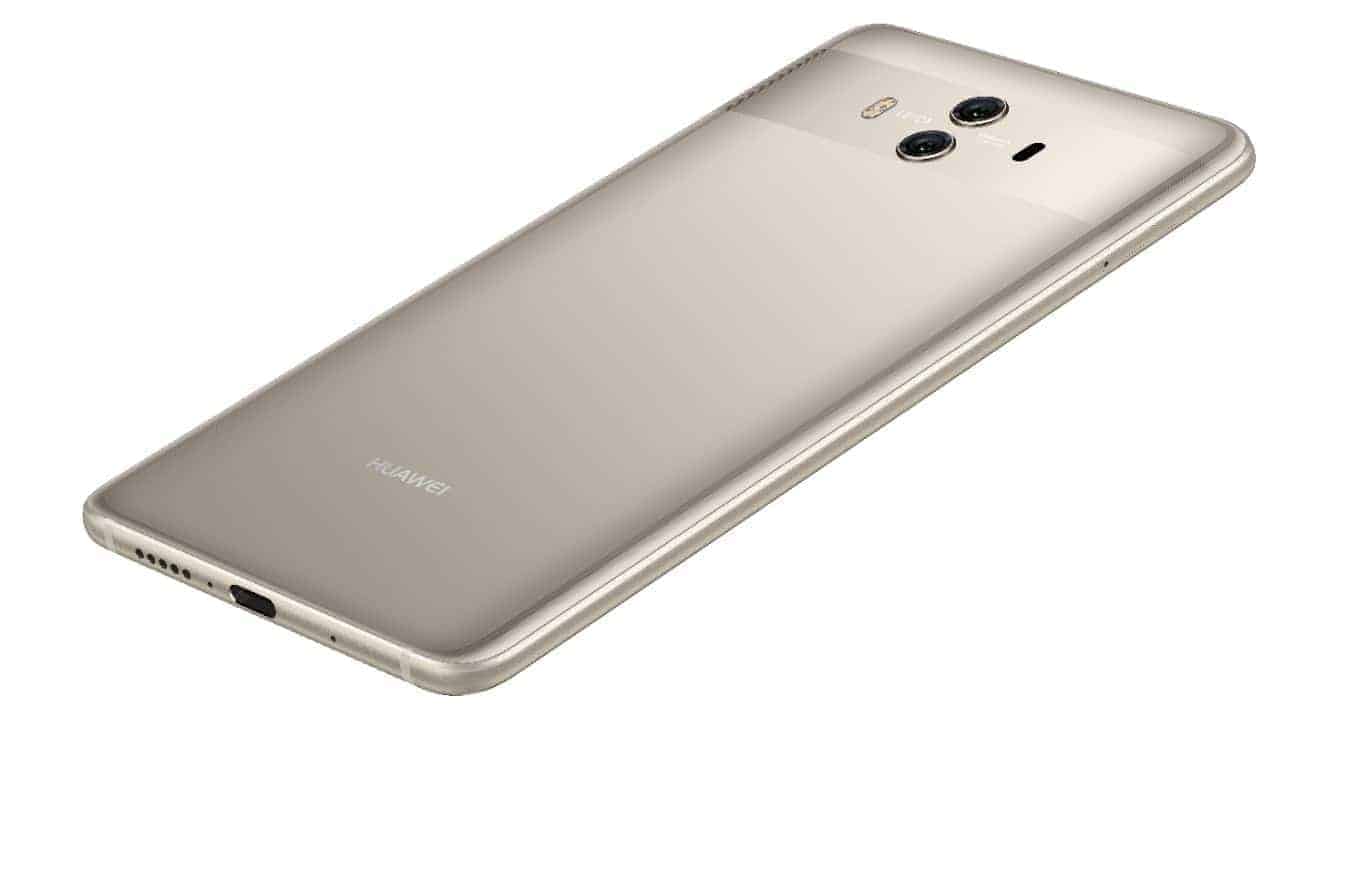 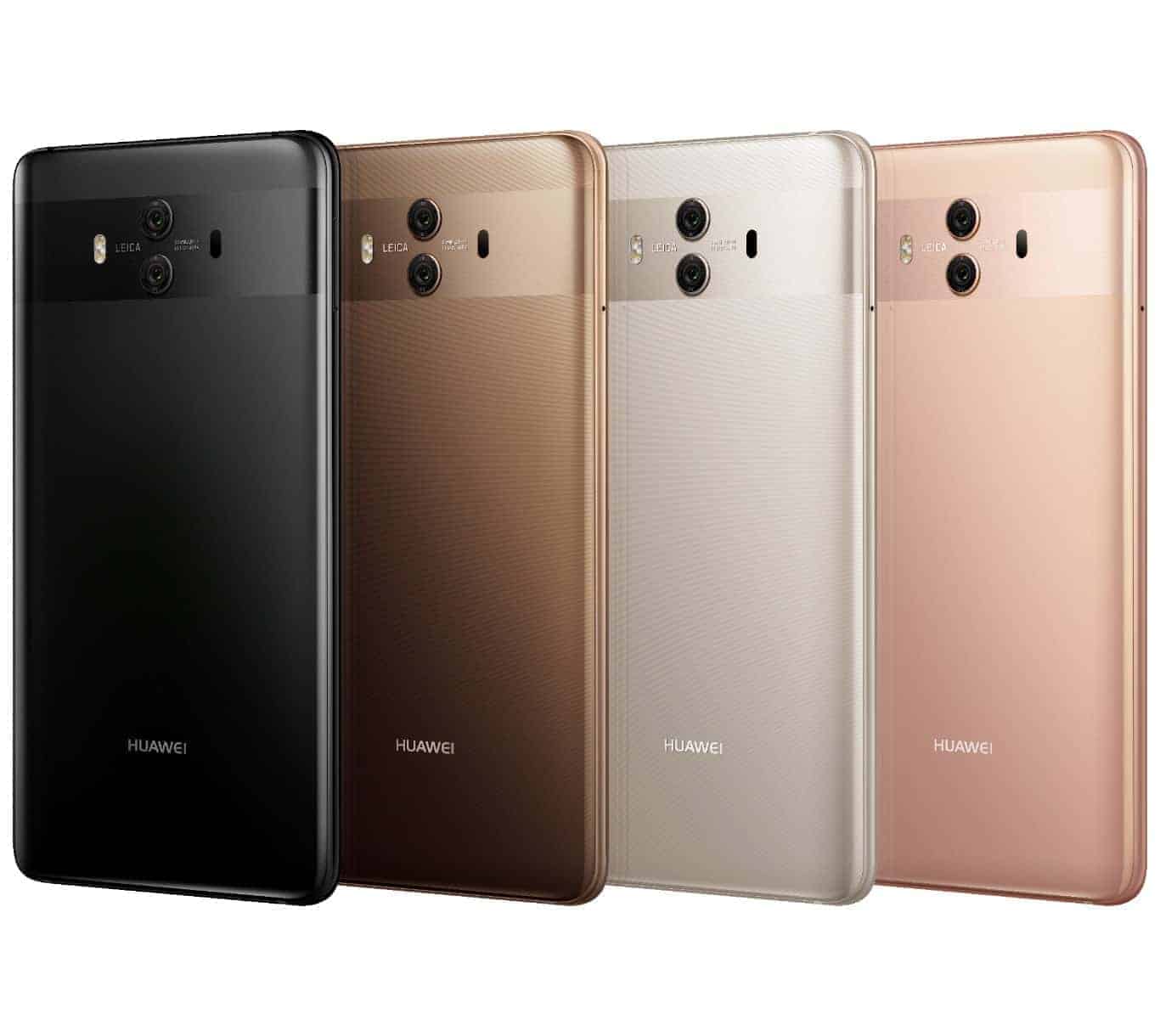