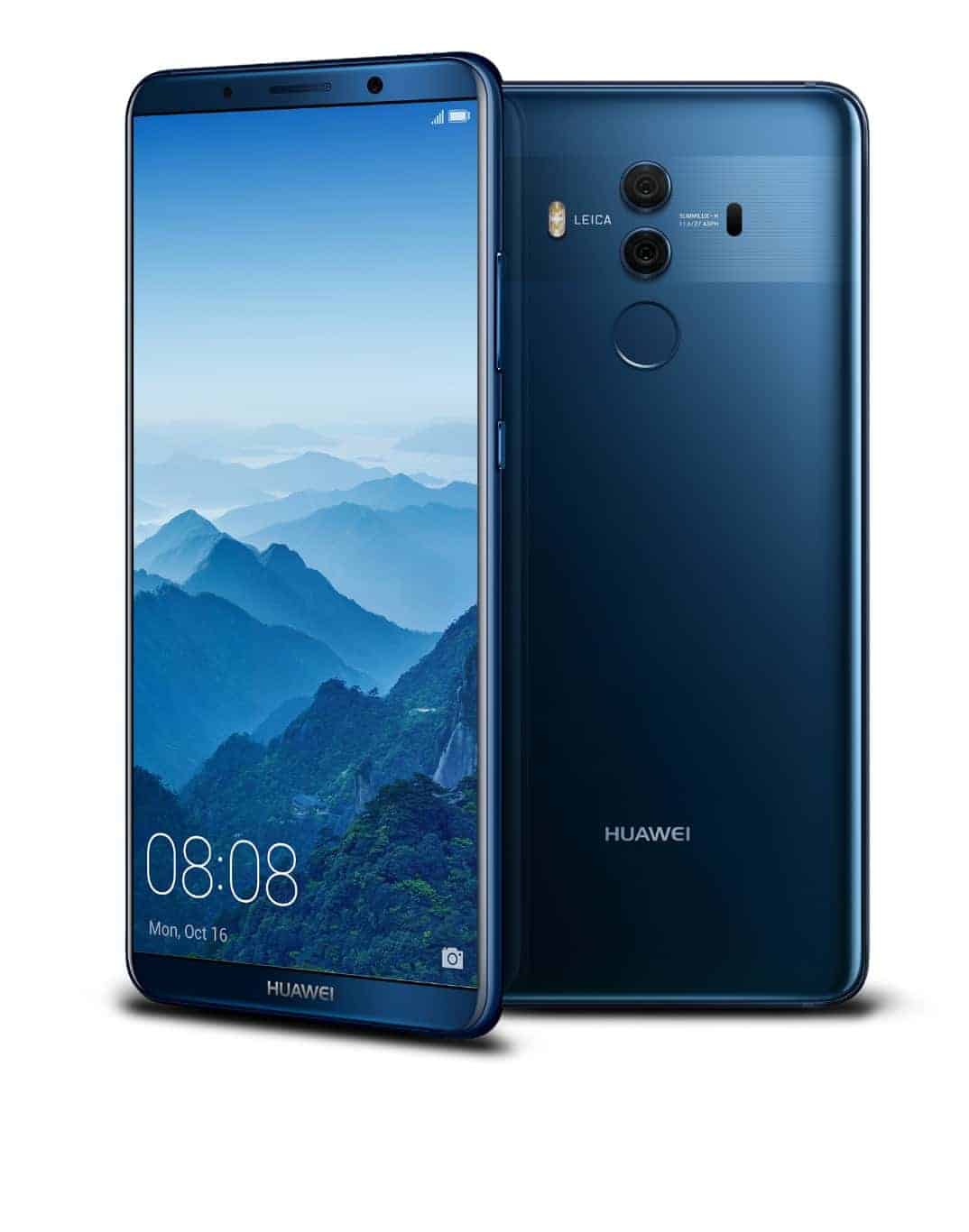 Now, in terms of specs, the Huawei Mate 10 Pro is similar to the Mate 10, this is one of Huawei’s new flagship handsets, it is made out of metal and glass, while it sports a 6-inch fullHD+ (2160 x 1080) OLED HDR display, which is protected by a layer of Gorilla Glass 5. The phone is fueled by one of the most powerful SoCs out there, the Kirin 970, which is Huawei’s very own 64-bit octa-core processor, which comes with a dedicated 'i7' NPU (Neural Network Processing Unit). This SoC comes with the Mali-G72 MP12 GPU, and this processor will work in collaboration with 6GB of RAM and 128GB of internal storage, while the phone includes a 4,000mAh non-removable battery. Huawei’s proprietary fast charging technology is available here (SuperCharge), and Huawei says that you can charge up the Mate 10 Pro from 0 to 58 percent in only 30 minutes. The company is also using something called 'Intelligent Battery Management' which helps with battery life, and the Mate 10 will offer a 30 percent better battery life than the Mate 10, says Huawei. The Huawei Mate 10 Pro, just like the Mate 10, sports a dual camera setup on the back, we’re looking at 12-megapixel (RGB) and 20-megapixel (monochrome) snappers (f/1.6 + f/1.6 aperture, 4-in-1 hybrid focus, Huawei hybrid zoom, OIS, PDAF, CAF), which ship with Leica’s lenses on top. Next to those two cameras, you’ll notice a dual-LED, dual-tone flash, and a laser autofocus. An 8-megapixel shooter (f/2.0 aperture) is included on the front side of this phone, if you were wondering. NFC is also included in this package, and so is HD audio. The Mate 10 Pro also sports IP67 certification for water and dust resistance.