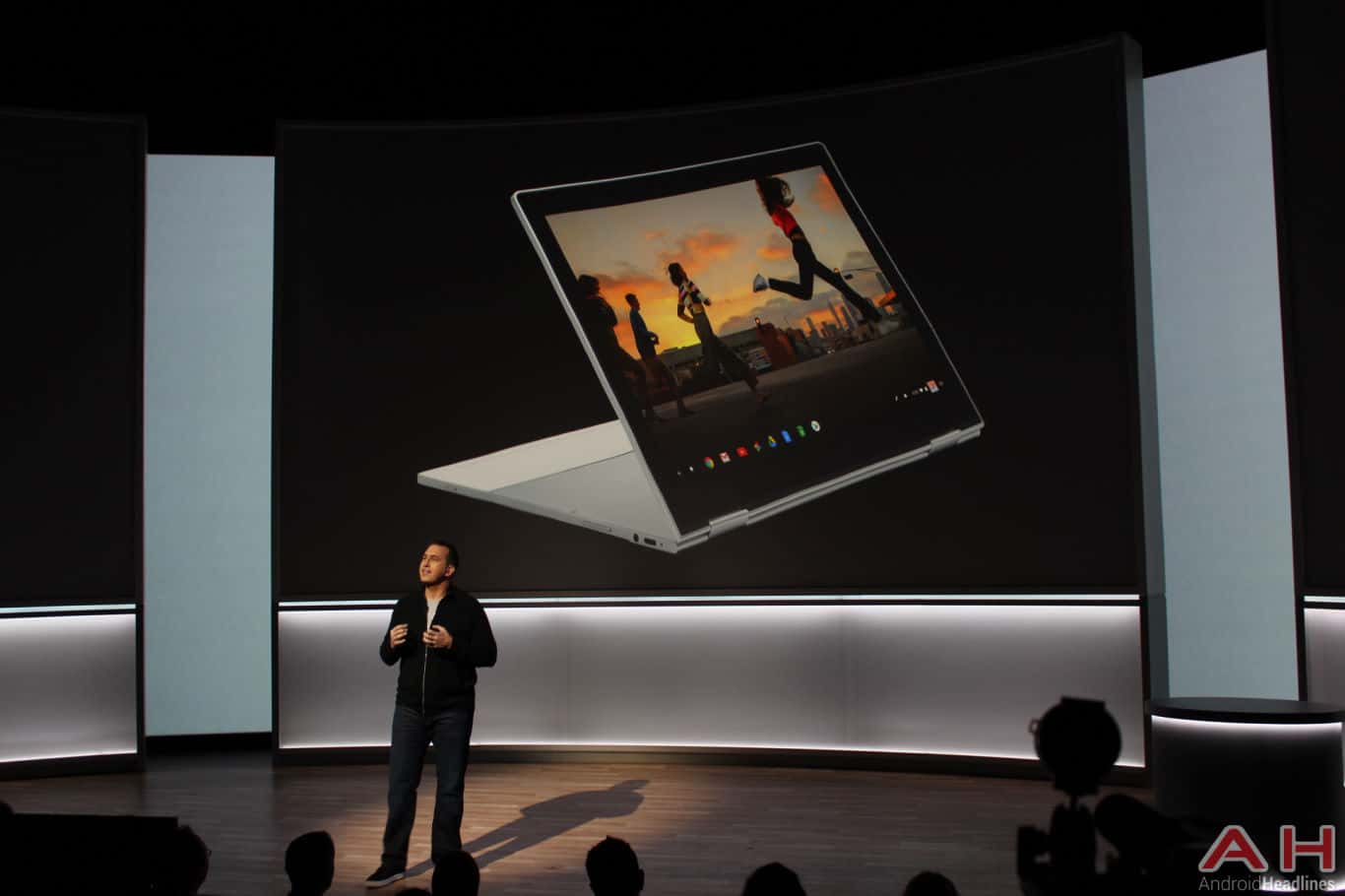 In addition to announcing the Google Home Mini and Google Home Max smart speakers, Google has also introduced a new Chromebook, the Google Pixelbook, during its hardware event, and in this article, we'll take a closer look at its specifications (that are currently available). This Chromebook is called the 'Google Pixelbook', and it's actually quite pricey, as its pricing starts at $1,199. In any case, this Chromebook is made out of metal, and it actually comes with a stylus, which Google refers to as the 'Pixelbook Pen', though that stylus will not be included in the aforementioned price point, you will have to buy it separately. Having said that, let's talk more about the specs of this Chromebook, shall we.

The Google Pixelbook features a 12.3-inch LCD display (2400 x 1600, 235ppi), so it sports a 3:2 aspect ratio, while Google actually introduced three different variants of this Chromebook. The most affordable model is fueled by the Intel Core i5 processor, while the most expensive one comes with the Intel Core i7 CPU (and 16GB of RAM), and the middle-of-the-road variant is also fueled by one of these two chips, Google still did not reveal which one, though, while RAM info is still unavailable for the first two variants as well. The three variants of this Chromebook include 128GB, 256GB and 512GB of storage, respectively. The Google Pixelbook utilizes what Google refers to as a 4-in-1 design, you can use it as a laptop, as a tablet (its keyboards folds all the way over), and it can also serve you as a desk TV, all you need to do is fold the keyboard at the right angle, and it will serve as a stand for the Pixelbook's display. The Google Pixelbook's keyboard sports soft touch keys, and is backlit, in case you were wondering. This Chromebook is powered by Chrome OS, of course, and Google claims that its battery can last up to 10 hours of use, and that 15 minutes of charging will get you up to two hours of use (exact battery capacity is still unknown). Interestingly enough, you can use this Chromebook's charger to charge your Google Pixel phone, and vice-versa. The Google Pixelbook Pen is essentially a smart stylus, with a latency of just 10 milliseconds, writing with this pen should be fairly easy, while it has 60 degrees of angular awareness, and 2,000 levels of pressure sensitivity. Google Assistant is built into this Chromebook, and the Google Pixelbook can automatically connect to your Pixel phone's data. As is the case with every other Chromebook which was introduced this year, the Google Pixelbook can run Android apps as well, it comes with the Google Play Store out of the box. It's also worth noting that this Chromebook weighs 1.1kg, while it is only 10mm thick.