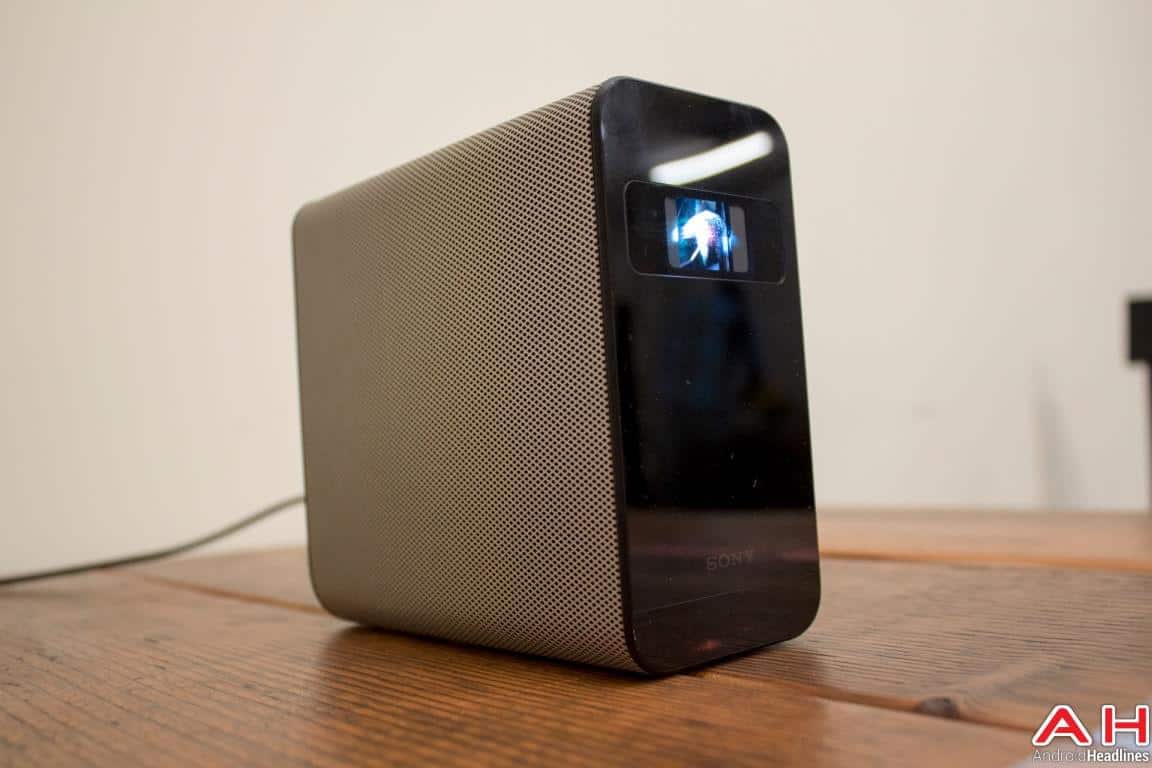 Sony Mobile is launching a new Android software update for the Xperia Touch projector, introducing a number of improvements and new features including gesture controls, additional projection settings, newly supported audio formats and more. The update pushes the firmware to Android 7.1.1 Nougat and the package is currently rolling out in phases and over the air (OTA), meaning that the software's availability will vary depending on market regions.

Following the latest software release, the Sony Xperia Touch projector will be capable of understanding physical gestures from its users, specifically when the unit is set up to project images onto a wall. As such, users will no longer have to stand up and physically interact with the interface, and instead, they will be able to raise their hands and issue gesture controls for manipulating the user interface and menus, as well as controlling music and video playback. The system can now recognize swiping gestures, finger clicks, and users can mute/unmute the projector by holding their fingers to their lips. Another feature introduced as part of the Android 7.1.1 Nougat update is the Keystone setting and the addition of manual focus, which should help in preventing image distortions when projecting onto imperfect, non-flat surfaces. Furthermore, the presence sensor has now been enabled for tablet mode as well, and portrait mode will now allow users to choose a left or right orientation for Android applications. Last but not least, the update introduces compatibility with the ALAC audio file format and Sony's own ClearAudio+ feature for auto sound settings optimization.

The Sony Xperia Touch projector was originally introduced during Mobile World Congress (MWC) 2017 and released in the US and parts of Europe earlier in the summer for the price of €1,499. Sony's solution aims to differentiate from its competitors through the use of Android OS and with its ability to project interactive images, allowing users to effectively turn nearly every surface into a 23-inch multi-touch tablet with an image resolution of 1366 x 768 pixels. It is capable of 100 lumens of brightness and a contrast of 4000:1, while the laser diode comes with a guaranteed lifespan of four hours of daily usage over five years.