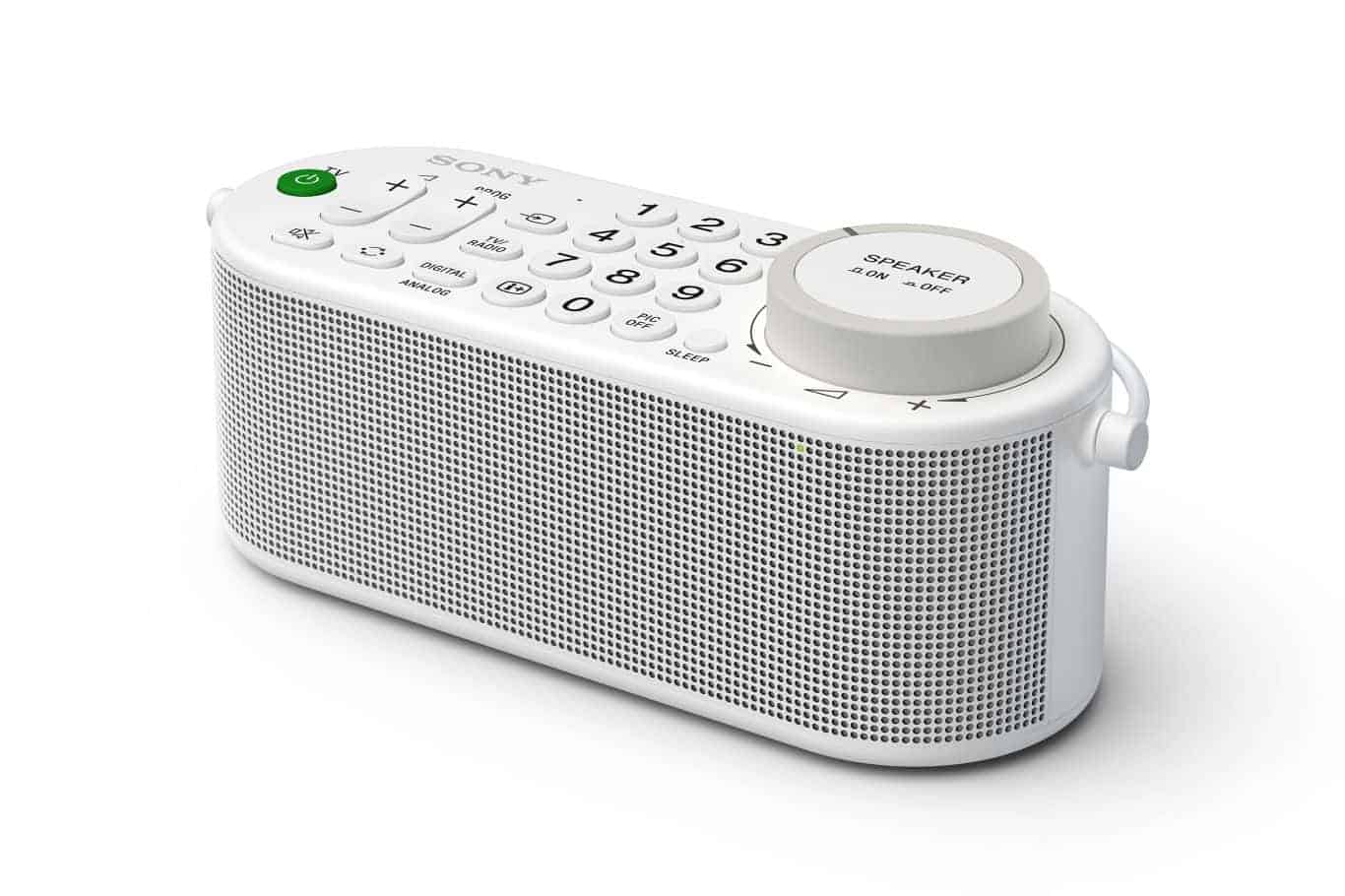 Sony is launching a new wireless speaker in the UK called the Wireless Handy TV Speaker, and as suggested by the moniker the product has been designed primarily to be used in conjunction with a TV set. The speaker can connect to virtually any modern TV on the market and can double as a remote control. The unit is plug and play so it doesn't require a unique setup, and the device can be used wirelessly thanks to a battery that can last for up to 16 hours on a single charge.

Sony's Wireless Handy TV Speaker comes with its own recharging dock that links the speaker module itself with a modern TV, as long as the TV is equipped with a headphone or optical output. The speaker module features its own volume rocker and a handful of other buttons including a keypad for changing the channels on the TV. Additionally, the speakers take advantage of a dialogue-boosting function called Voice Zoom, and the company claims that thanks to this technology the product can be very effective in enhancing the TV experience especially for viewers who may be suffering from impaired hearing. Furthermore, Sony adds that the Wireless Handy TV Speaker is drip proof and thus it can be a great companion while in the kitchen.

It's worth clarifying that the Sony Wireless Handy TV Speaker is not a smart speaker like the LF-S50G, as it doesn't come with a voice-activated digital assistant such as Amazon Alexa or the Google Assistant. Instead, this is a product specifically designed for TV sets and arguably has a different target audience formed largely of elderly people or the hearing impaired. Needless to say, having a mobile speaker that can broadcast a TV's audio should be a much better alternative to cranking up the TV's volume to uncomfortable levels, and the added functionality of a universal remote control might appeal as well. As far as compatibility goes, the remote control should work with TV sets manufactured by a wide variety of brands including Sony, Grundig, Hitachi, LG, Loewe, Panasonic, Philips, Samsung, Sharp, Telefunken, Thompson, and Toshiba. The Sony Wireless Handy TV Speaker is now available in the UK for the price of £170 ($225) including VAT and readers can refer to the source link down below for more details.