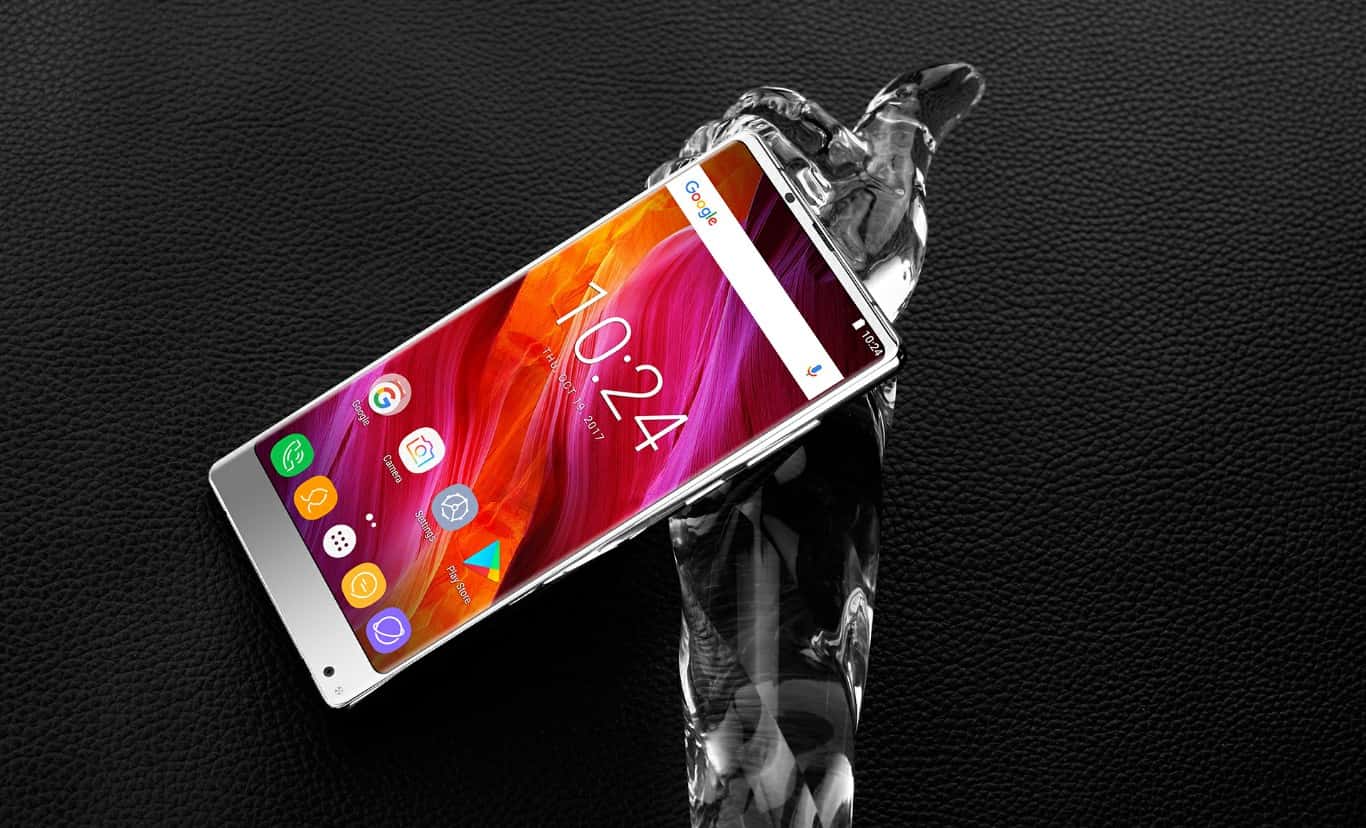 OUKITEL had introduced its Mix 2 smartphone quite recently, actually, and the company has just reached out to talk about a new version of this smartphone, the 'Silver Edition' OUKITEL Mix 2. OUKITEL Mix 2 is not yet available for purchase, though, the phone has been delayed until the end of November, company says, and as a reason for delaying the phone, OUKITEL lists the '11.11' shopping festival, and the Silver Edition of the phone that we're here to talk more about, read on.

This Silver Edition OUKITEL Mix 2 actually looks just like the regular Mix 2 handset, except for its color, of course. This phone is silver-colored, and its reflection is uncanny, as it comes with two sheets of glass with a metallic frame in between them. Along with this phone, OUKITEL will ship a transparent silicone case, so that you get some protection for the phone, and the company says that this Silver Edition variant of the Mix 2 is considerably shinier than the Black and Blue models that we've talked about before. The Silver Edition OUKITEL Mix 2 is so shiny that you can use it as a mirror, actually, at least OUKITEL claims that you can. Now, the specs of this phone remain unchanged, it will ship with the exact same spec sheet as the regular Xiaomi Mix 2, which means that it will sport a 5.99-inch fullHD+ (2160 x 1080) display, 6GB of RAM and 64GB of internal storage. This will actually be OUKITEL's new flagship, and it will be fueled by the MediaTek's Helio P25 64-bit octa-core SoC, which is actually a mid-range processor.

The device also packs in a big 4,000mAh non-removable battery on the inside, which you'll be able to charge rather fast, using a 9V/2A charger that will ship with the phone. The OUKITEL Mix 2 will offer a dual SIM setup as well (2x nano SIM), while a 13-megapixel snapper will be placed on the front side of this phone. The device will come with a dual camera setup on the back, you'll get 21 and 2-megapixel main cameras. Considering that the company delayed the release of the OUKITEL Mix 2, its subscription activity has also been delayed. As a reminder, if you subscribe for the purchase of the OUKITEL Mix 2, you'll get a $30 coupon code in order to purchase the phone, though that will happen only if / when subscriptions reach a specific number. The OUKITEL Mix 2 is expected to cost $299, in case you were wondering.