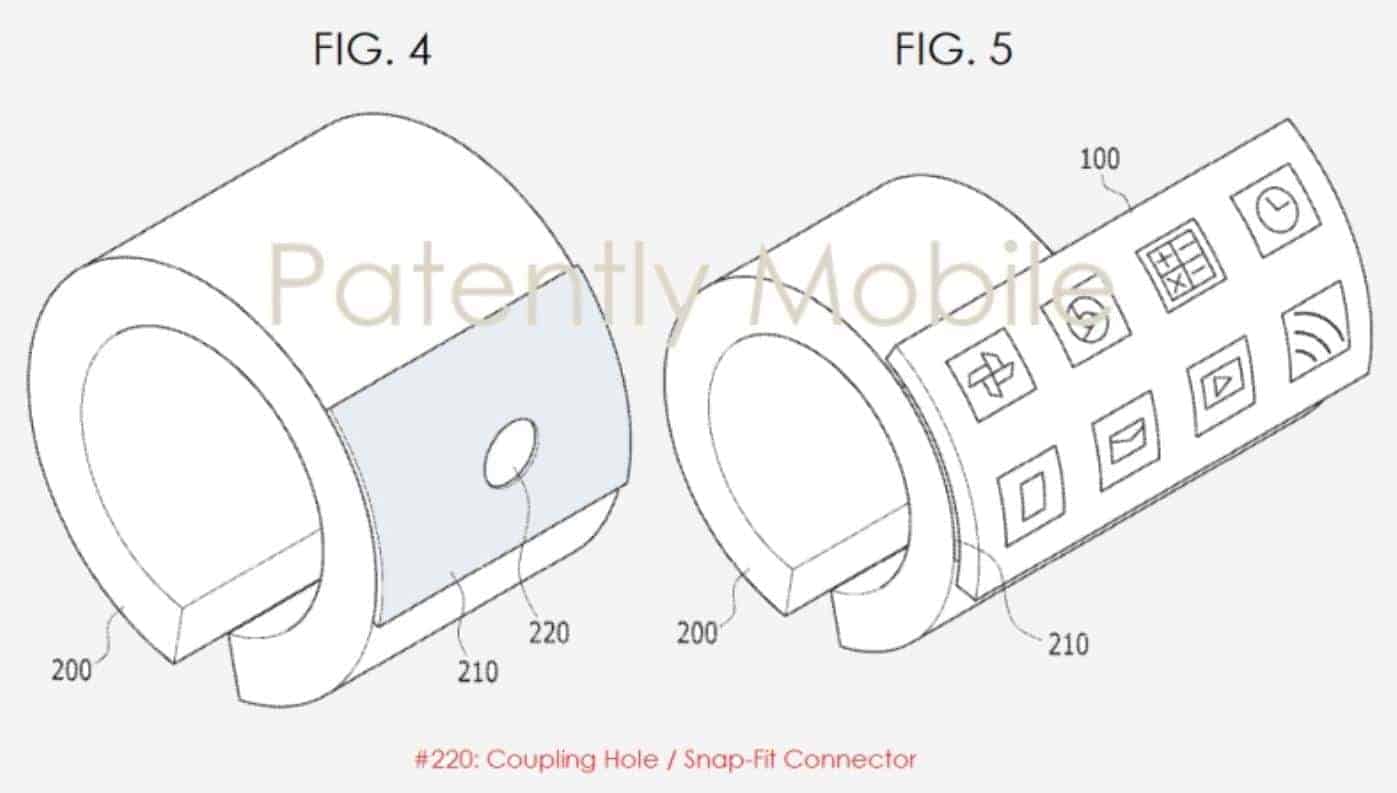 Samsung successfully patented a new design depicting a smart bracelet with a display panel that's not only flexible but partially bendable, as first reported by Patently Mobile. The concept was confirmed as original intellectual property by the United States Patent and Trademark Office (USPTO) after over two years of reviews, marking the approval of yet another Samsung-made design reliant on a flexible display. The bracelet itself appears to be perfectly circular and wider than Samsung's existing fitness trackers like the Gear Fit2 Pro series which the company just started retailing. While its screen curves around the strap that appears to be sturdy, it can also be straightened out and hence made to stick out from the rest of the device, as can be seen in several sketches found in the gallery below.

Samsung's concept appears to be designed as running Android, featuring rough depictions of icons belonging to apps like YouTube, Google Photos, and Chrome, though none of them are obviously presented as part of Samsung's intellectual property. The bendable screen can be removed from the bracelet entirely, as suggested by the patent, and can presumably work on its own even without a bracelet. The band itself can be made of any conventional materials like rubber, silicone, or metal, Samsung indicated. The display panel may be attachable to the bracelet using magnets and would also be able to work in a landscape mode if it's completely straightened and rotated accordingly. The patent itself was submitted to the USPTO in August 2015 and was only approved last Tuesday, so it remains to be seen if Samsung's efforts to commercialize a wearable with a bendable screen have evolved in the meantime.

Being one of the largest tech companies on the planet, Samsung's patent portfolio is constantly growing, so the sole fact that the Seoul-based firm patented this particular design in no way guarantees it's planning to commercialize it, provided that it's even able to do so. Samsung's efforts to create a smartphone with a foldable screen have been widely reported on in recent times and also suffered from numerous delays due to technological limitations and related obstacles that the company has yet to address, though the rumored Galaxy X will supposedly still be announced at some point next year.