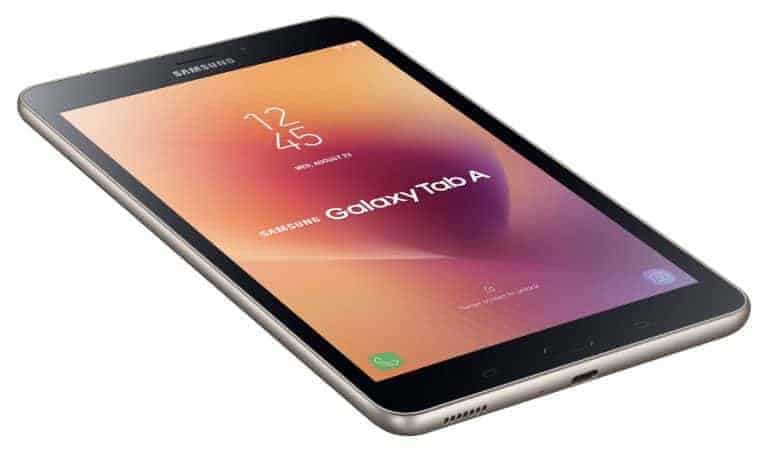 The Galaxy Tab A 8.0 (2017) will be available for purchase in the United States from Wednesday, November 1st, Samsung Electronics confirmed earlier today, adding that the device will be offered in Black and Silver, with both variants being priced at $229.99. The South Korean tech giant will be selling the Galaxy Tab A 8.0 (2017) directly through its official website and no pre-order period is planned for the tablet which will presumably start shipping to consumers the moment they buy it online, starting next week.

Originally announced in early September, the Galaxy Tab A 8.0 (2017) is a mid-range offering from Samsung made of metal and equipped with an 8-inch display panel featuring a resolution of 1,200 by 800 pixels, amounting to an aspect ratio of 3:2. The tablet is powered by Qualcomm's Snapdragon 425 SoC, a quad-core silicon clocked at a maximum operating frequency of 1.4GHz, in addition to featuring 2GB of RAM and 32GB of internal flash storage expandable by up to 256GB via a microSD card slot. The back panel of the Galaxy Tab A 8.0 (2017) houses an 8-megapixel camera with autofocus support, whereas its top bezel features a 5-megapixel fixed-focus module. The tablet supports Bluetooth 4.2 and all contemporary Wi-Fi standards but comes with no cellular connectivity, being primarily aimed at children with its new and improved Kids Mode which ships with numerous functionalities and a massive selection of games and video content from the LEGO Group and Samsung's other partners. The tablet runs Android 7.1.1 Nougat enhanced with the Samsung Experience software suite.

A 5,000mAh battery that's part of the Galaxy Tab A 8.0 (2017) is rated for up to 14 hours of use, according to Samsung's internal testing, with the company specifically stating how that figure refers to the maximum video playback time that the tablet is able to achieve. Intense gaming is likely to deplete the product's battery much faster, though the overall gaming experience on the Galaxy Tab A 8.0 (2017) should still be immersive and comprehensive, with the tablet featuring Samsung's Game Launcher platform that can both optimize titles for better performance and let you easily record gameplay. The tablet also ships with Samsung Kids, a versatile subscription service for children which will provide you with access to $100 worth of movies, TV shows, books, and video games when you purchase the Galaxy Tab A 8.0 (2017).