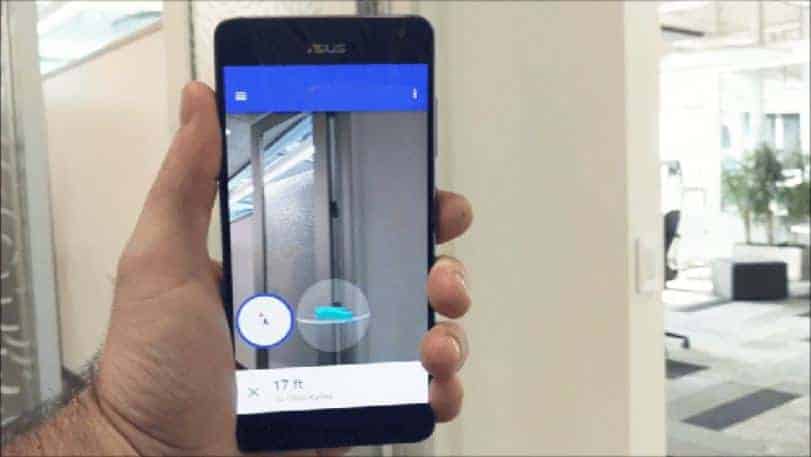 Google's augmented reality platform, also known as ARCore, has just gotten a huge announcement at the Samsung Developers Conference happening in San Francisco today. ARCore is going to be available on the Galaxy S8, Note 8 and future Galaxy smartphones, thanks to Samsung and Google's new partnership. Now ARCore had launched on the Galaxy S8 earlier this year, so this new partnership is really just making it formal, and also mentioning future Galaxy devices.

What this means for users is that now you can pick up the Pixel, Pixel 2, Galaxy S8 or Galaxy Note 8 and have access to ARCore apps. And for developers it means that they can build ARCore apps that will be available for more users to actually use. This is also a big deal for users as the two biggest names in Android have partnered together for augmented reality, instead of opting to go with their own platforms, which is something that Samsung has done before, with Music and a few other apps. So it's good to see the two getting on the same page for ARCore, and with Apple adding its own augmented reality platform to the iPhone 8, 8 Plus and X, Google definitely needs some help in combating the competition, which is Apple.

Augmented reality is still mostly a new thing for the tech space. But seeing some of the biggest names in tech jump on the technology and implement it like this is pretty impressive. Just like that, millions and millions of people now have access to augmented reality. Google had been working with AR on Tango for quite some time, but now you don't need a Tango device like the ASUS ZenFone AR for some augmented reality fun. With augmented reality, you can do things like playing games, but also some pretty useful tasks like shopping for furniture and seeing exactly how it'll look in your home, through the lens of the camera on your smartphone. Ikea already has an app available for the iPhone that can do this, and Lowes has one available for Tango devices, which it'll likely bring over to all Android devices that support ARCore in the near future.