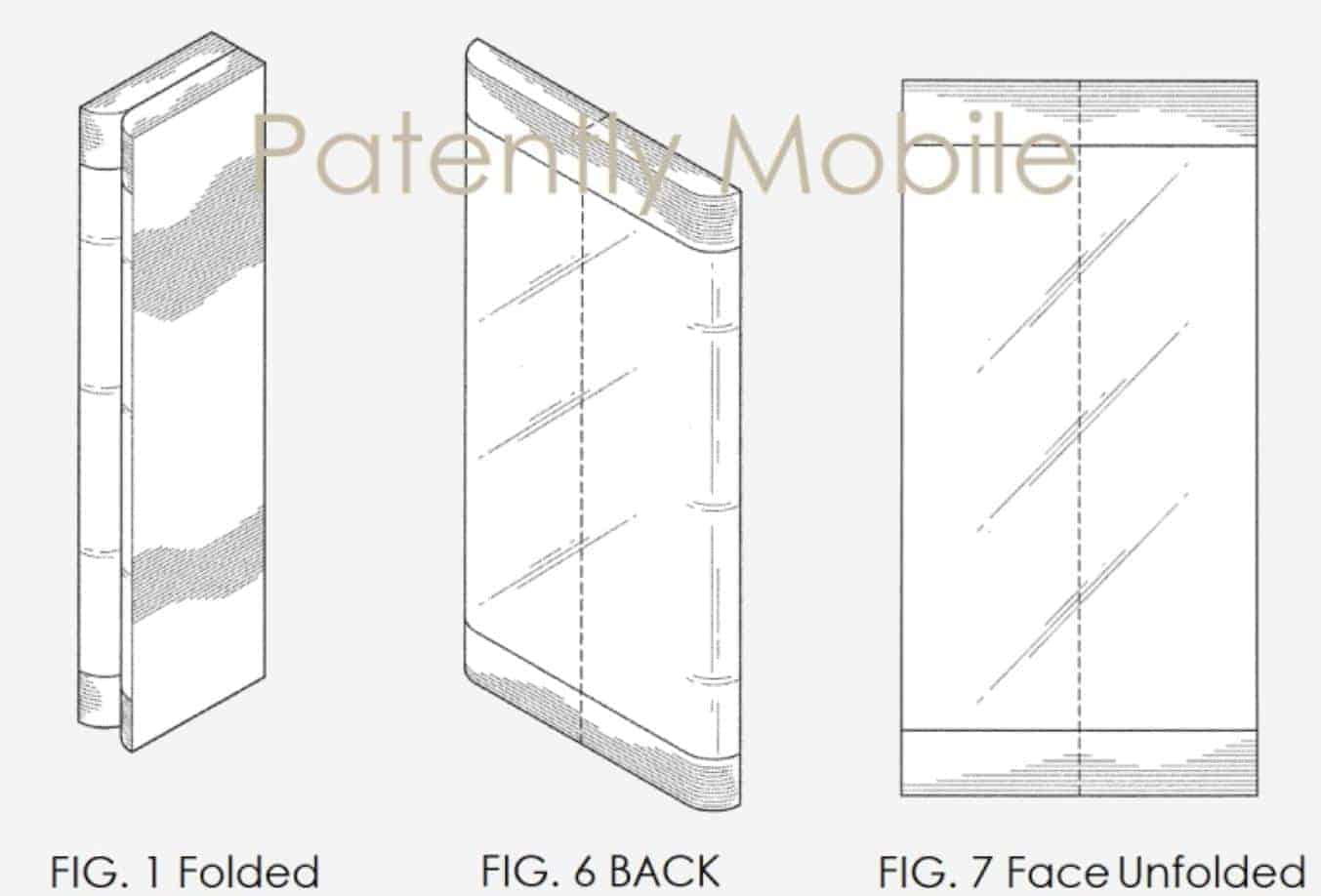 Samsung has been granted several design patents by the U.S. Patent and Trademark Office (USPTO) for a wide variety of projects, ranging from oddly shaped foldable smartphones and a smart steering wheel equipped with displays to a scrollable TV and what appears to be a smart wallet. The design patents don't include many details in regards to what the products would have to offer in terms of specifications and materials, as is usually the case with such applications which are primarily focused on aesthetics.

One of the design patents acquired by Samsung was filed in September 2016 and published only recently by the USPTO, describing a steering wheel equipped with three displays, each residing in an empty area between three spokes. The design seems to leave enough room for the driver's thumbs to comfortably grip around the steering wheel, but the exact purpose of these panels is unclear so whether or not this concept would be viable in practice is unknown, especially since it appears to include non-stationary, revolving displays. Another design patent granted to Samsung is the scrollable TV/monitor, which was previously seen in a patent application dating back to November 2016. In short, the patent showcases a scrollable display in two forms – folded and unfolded – but doesn't reveal much else. Either way, such a product would require a fairly large foldable OLED panel and this type of technology has yet to be seen in a consumer-grade device.

There are three additional design patents revolving around foldable technology, one of which seems to be a smart wallet that could be somehow used in conjunction with the company's mobile payment solution Samsung Pay. Last but not least, two additional design patents briefly showcase a couple of foldable smartphone concepts that seem to be nearly identical with the exception of the hinge, which could be oriented either vertically or horizontally. This is not the first foldable smartphone/tablet concept to be entertained by the South Korean tech giant, and might not be the last either. However whether these concepts will become a reality is unknown and rather unlikely in this exact form revealed by the patents, but nonetheless, it's always interesting to see how today's tech giants like Samsung envision some of their potential products of the future.