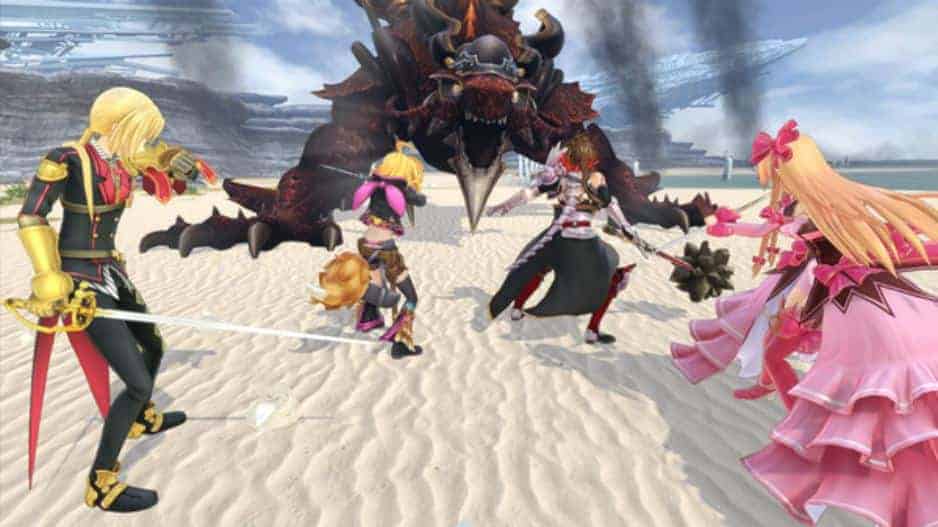 A new HTC Vive title – called Million Arthur VR: Character Command RPG – has just hit the Steam store for customers in the US, UK, Canada, and Australia. That's according to an announcement from HTC Vive via the company's official blog and follows an initial launch for Million Arthur VR in both Japan and China earlier in the year. Despite the game being designed to work with HTC's Vive VR kit, the minimum required specs are reasonable enough for this Square Enix-made title. It requires Windows 7 or later, 4 GB of RAM coupled with at least 10 GB of storage space, and an Intel i5-4590 equivalent or better on the CPU side. Meanwhile, on the graphics side, players will need a Graphics: NVIDIA GeForce GTX 970, equivalent, or better.

As to the gameplay itself, this quirky title is a card-battle RPG and drops players into the realm of King Arthur, following the story of four heroes from different walks of life who have each managed to pull the famed Excalibur from the stone. Being wholly unprepared to take on the role that action entails, the four are taken to train and end up having to fight to save the kingdom when the kingdom is inadvertently invaded. Battles take place in classic RPG fashion with actions tied to cards and the overall goal is to defeat the enemies and claim the throne.

Million Arthur VR: Character Command RPG currently costs $39.99 in the Steam Store and inputs are motion-based with some button presses. The game also takes advantage of the set's room-scale equipment, but players can choose to take part in the action from either a standing or seated position based on their own preferences. However, this single-player title does contain some in-app purchases, though none of that should be required in order to complete the game. Unfortunately, there are only two reviews up on the Steam Store in the U.S. so, as of this writing, the game hasn't generated a Steam Score. With that said, and despite an even split since one was negative and the other was positive, the game does look like a lot of role-playing fun. For more information, as well as the option to pick up the VR-enabled game, head through the link below.

Advertisement
Get It On Steam
Advertisement
Trusted By Millions
Independent, Expert Android News You Can Trust, Since 2010
Publishing More Android Than Anyone Else
25
Today
144
This Week
399
This Month
5143
This Year
106618
All Time
Advertisement