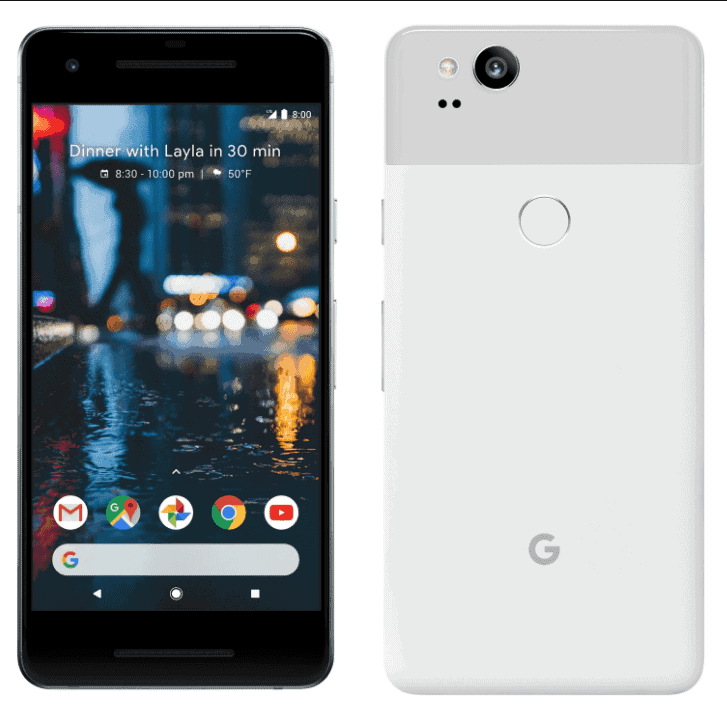 Google is slated to announce new hardware on Wednesday at an event in San Francisco. This event will debut Google's new Pixel smartphones, as well as a flurry of other hardware announcements, which the rumor mill is pointing at a new Chromebook called Pixelbook, new Daydream View hardware, a Google Home Mini, and much more. Just days before the event now, VentureBeat has posted a number of details on these two new devices and what they may entail, which includes two separate launch dates – almost a full month apart.

According to VentureBeat, the Pixel 2 is being made by HTC and the Pixel 2 XL is being made by LG, instead of HTC making the two devices this year as it did last year. Both Pixel 2 models will be using the Snapdragon 835 chipset. Originally, the plan was to use an iterative upgrade to the Snapdragon 835 in the Snapdragon 836, but it appears that the silicon has been delayed, forcing Google to stick with what is now a somewhat old processor, in the world of smartphones. There's also 4GB of RAM inside both devices, with a 12-megapixel camera on the back – with Google deciding to skip the dual-camera trend this year. These smartphones will also feature dual front-facing speakers, and will be one of the few on the market with stereo speakers in 2017.

Things get a bit confusing though, when you talk about the displays on these two smartphones. The Pixel 2 is sporting a 5-inch 1080p display like the original, but it is sticking with a 16:9 display. While the Pixel 2 XL sports a 6-inch QHD+ 18:9 aspect ratio display, similar to the LG V30. The Pixel 2 XL won't quite be edge-to-edge like many have expected it to be, and that's due to the stereo speakers on the front. VentureBeat also reports that the Pixel 2 and Pixel 2 XL will sport different launch dates, with the Pixel 2 being available on October 19th, and the Pixel 2 XL coming on November 15th. The publication does mention that each will have pre-order periods but does not mention when those will be. Pricing is still said to be $649 for the 64GB Pixel 2 and $749 for the 128GB model, with the Pixel 2 XL jumping to $849 for the 64GB and $949 for the 128GB.