Qualcomm is already working on the Snapdragon 855, a system-on-chip that the tech giant will presumably commercialize in 2019, as revealed by one of the company's software engineers whose LinkedIn profile explicitly states that he's presently both developing and debugging the "sdm845" and "sdm855," with those two abbreviations likely denoting the Snapdragon Mobile Platform 845 and 855, respectively. Apart from confirming the existence of the next two flagship chipsets from the San Diego, California-based semiconductor manufacturer, the listing also indicates that Qualcomm is planning on sticking with its latest product naming practices entailing high-end chips whose names end with the number five, suggesting that there won't be a silicon called the Snapdragon 840 or Snapdragon 850.

According to previous reports, the Snapdragon 845 is codenamed Napali v2.0, whereas the Snapdragon 855 is internally referred to as Hana v1.0. Qualcomm is presently developing Linux kernel drivers for the Snapdragon 845 that's widely believed to be commercialized come early 2018. The first two devices featuring the high-end silicon that are set to hit the market will likely be the Galaxy S9 and Galaxy S9 Plus as Samsung traditionally reserves initial batches of Qualcomm's premium chips for its Android flagships. That was also the case this year with the Galaxy S8 lineup which launched later than expected in the aftermath of the Galaxy Note 7 fiasco, essentially causing an industry-wide shortage of the Snapdragon 835 and indirectly delaying devices like the Xperia XZ Premium and HTC U11.

The Snapdragon 845 may be a 10nm chip much like its direct predecessor was, whereas the Snapdragon 855 is expected to be manufactured on the 7nm process node. While the U.S. tech giant collaborated with Samsung Foundry on mobile chips in recent years, its 7nm technologies will be manufactured by TSMC, the company confirmed earlier this year. Industry insiders previously said that Qualcomm will put a particularly large focus on machine learning and general artificial intelligence applications with its next two mobile SoCs as digital companions like the Google Assistant are becoming more widely adopted among smartphone users. The upcoming Snapdragon 845 is likely to power a wide variety of Android flagships set to be released next year including the Galaxy Note 9, HTC (U)12, and possibly the Pixel 3 series. 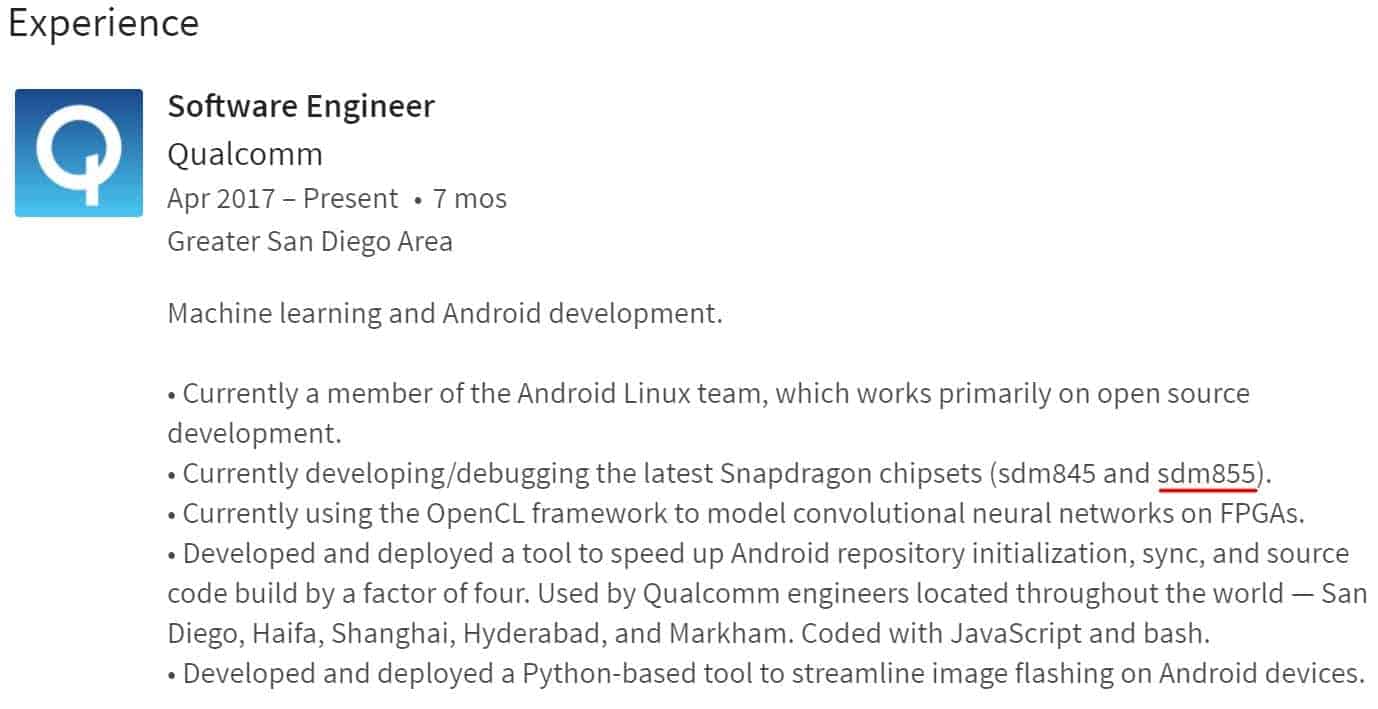