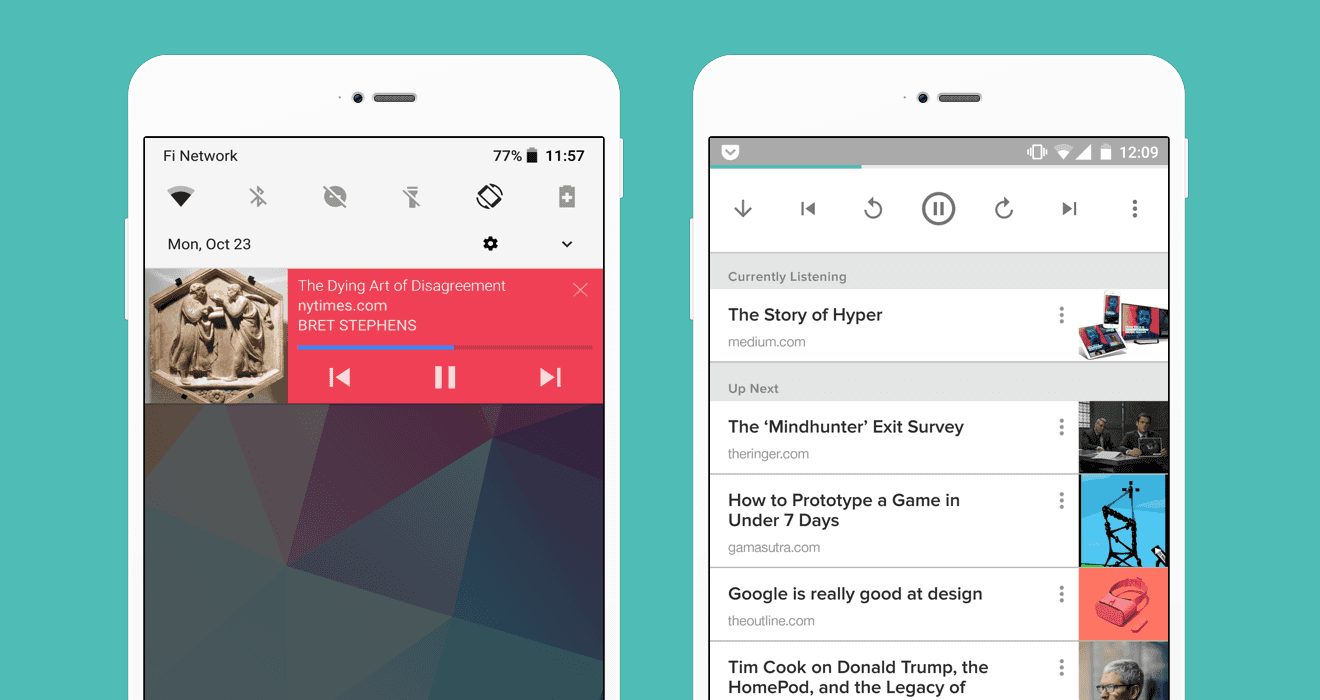 Pocket for Android is getting the Continuous Playback for Listen and Highlights features, as the company just announced that it would be launching these two features for Android users today. According to Pocket these are two of the most popular features that are offered in other forms of the app, so it expects that Android users will be excited to get their hands on them. That said, only the Continuous Playback for Listen is available in stable version of the application while using the Highlights feature requires that users have the beta version of the app installed and be a part of the Pocket beta program.

The good news is that being part of the beta is immediately doable, and those interested in giving Pocket a try for the first time or who simply want to grab the beta, can do so by clicking on the Play Store button below, which will take you to Google Play so you can download the app. If you're unfamiliar with the Listen feature, it essentially allows you to have Pocket read you saved stories out loud so you can still consume the content you've been saving but without having to physically read it yourself. If you're ever in a situation where you were hoping to go through some of the stories you've saved in Pocket but also need to have your hands free, or perhaps keep your eyes on the road, then this is where Listen comes in handy. The new enhancement to Listen, the Continuous Playback feature, will basically amp this up by enabling the app to read stories out loud to you back to back in a playlist fashion, which should be especially useful if you have more than a few stories you want to get through.

As for Highlights, it's pretty simplistic but still robust. Just like you would do to copy and paste text from just about anywhere on Android, you can long press on any content in Pocket to highlight whatever bits of text you're trying to save, and then tap the Highlights button at the top of the UI. It's possible to view highlights from specific passages, but there's also a highlights section in the slideout tab, and by tapping on that you'll be taken to every single highlight you've ever saved within the app. There's no mention of any specific Android version being needed to get access to these features, so it's likely that anyone can use them including those on versions like Android Nougat, Marshmallow, Lollipop, or even Ice Cream Sandwich.