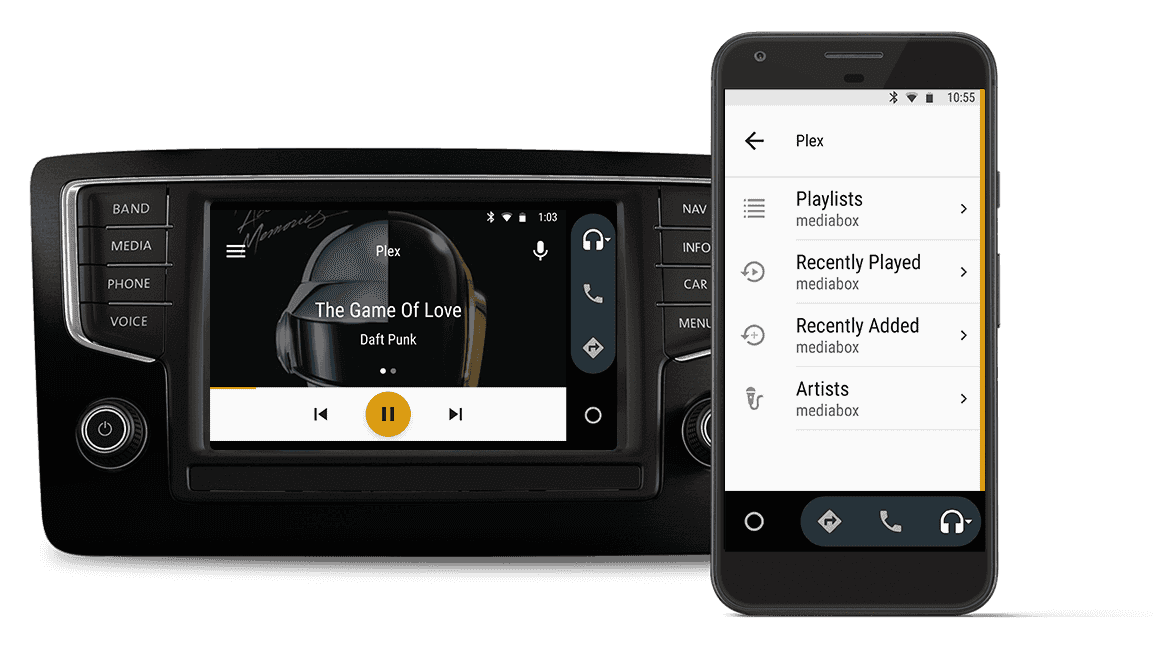 Plex has finally added Android Auto support to its app, which it says will be rolling out to the Android app in the coming days. Now while many use Plex for streaming different forms of media, the Android Auto app will only work for audio. This is because Android Auto only allows you to play media in the car, as it doesn't want you watching a movie or a TV show while you're driving, which makes plenty of sense. And that'll be the case here with the update to Plex.

With Plex, you'll be able to listen to your entire library of music or other audio while in the car. You'll be able to use voice commands through Google Assistant to play your music on Plex in Android Auto, you'll just need to add "Plex" to the end of the voice command. Which is not a surprise, since this is needed for telling Google Assistant to play anything on an app that isn't Google's like Spotify, iHeart Radio and others. Plex doesn't say that this is only for Plex Pass users, so all Plex users should be able to use Android Auto support with the latest update to the app.

The wrapper that Plex is using for its Android Auto app actually looks very familiar to Google Play Music's wrapper. It's using the same orange color. Android Auto apps are forced to use the same wrapper, but do have a choice of a different color, which most apps opt to use the color of their Android app, to keep up with the branding. And Plex does use orange with its branding, like Google Play Music, so if you use both, it could become a bit confusing. With Android Auto and Plex, even if you don't have a car that has Android Auto support, you can dock your phone and use it for Android Auto. The controls and interface aren't as spacious as with a 7 or 8-inch display in your dashboard, but it still does the trick quite nicely. You can download the Android Auto app as well as the Plex app from Google Play, both of them are free to use.