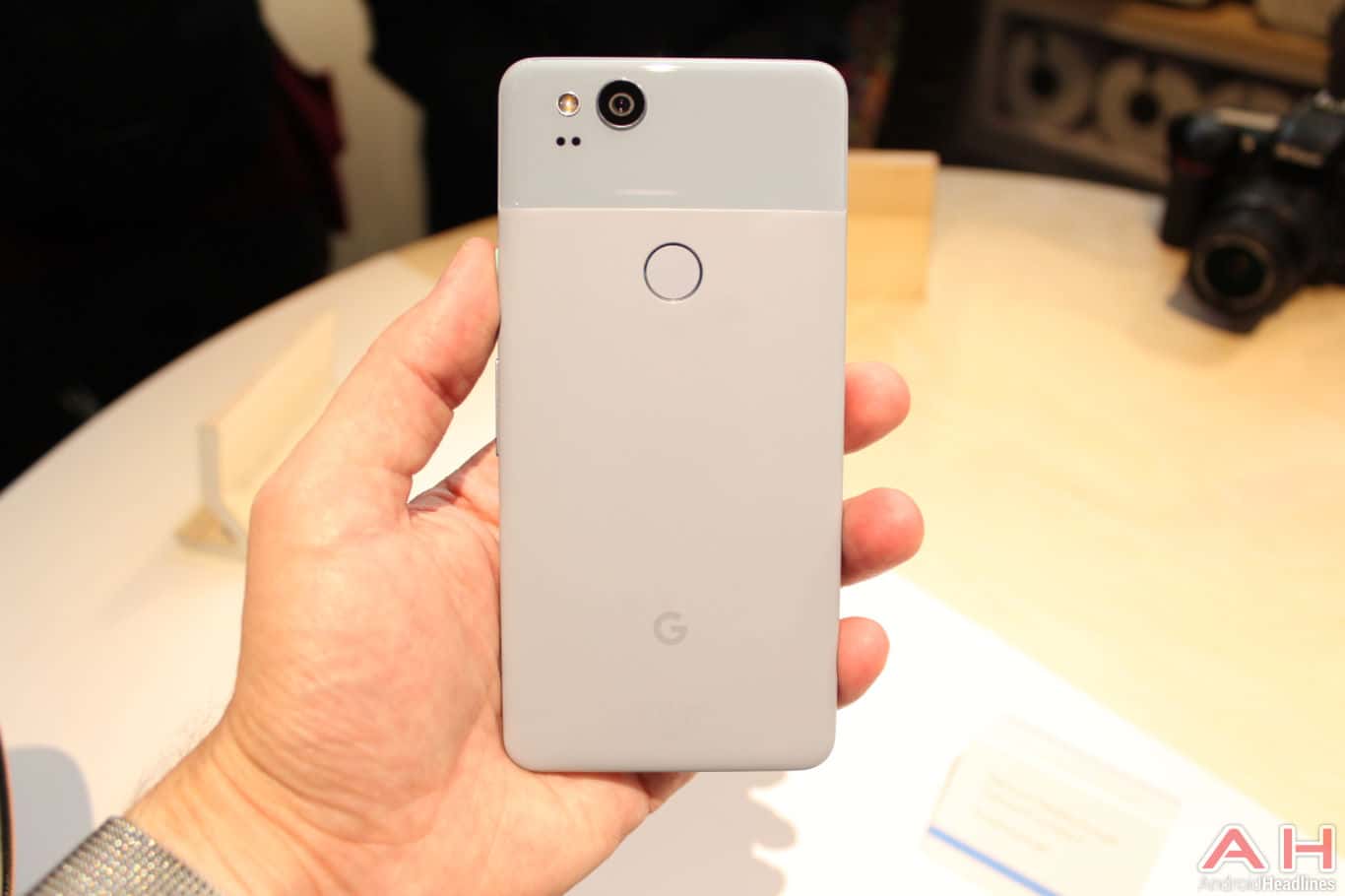 The Pixel 2 was announced last week, at Google’s hardware event in San Francisco. It was announced in three colors: Just Black, Clearly White and Kinda Blue. Now the Kinda Blue model is exclusive to Verizon, but the Google Store is selling it – you just can’t buy it unlocked. However, it looks like now that the Kinda Blue Pixel 2 is completely out of stock at the Google Store, which isn’t a huge surprise, seeing as the Pixel 2 has been selling out pretty quickly. However, the Kinda Blue Pixel 2 is still available at Verizon. According to its website, it’ll still be delivered around October 19th, which is when all pre-orders are being delivered.

While the Pixel 2 in Kinda Blue is out of stock, the other two colors are still available. Which include Just Black and Clearly White. However, they do have some pretty long shipping dates. With the Clearly White having a 5-6 week shipping timeline, although the Just Black in 64GB is still slated to ship on October 17th. It appears that many people weren’t too interested in the Just Black Pixel 2, surprisingly enough. Now when it comes to the Pixel 2 XL, the black and white model – which is only available on the Pixel 2 XL – is also sold out. It’s unclear at this point when either of these two will be coming back in stock, but hopefully in the next few weeks.

Pixel 2 and Pixel 2 XL are proving to be pretty popular devices for Google. Even with their high price tags, with the Pixel 2 priced at $649 and the Pixel 2 XL priced at $849. Both smartphones do have the Snapdragon 835 chipset inside, with 4GB of RAM and either 64GB or 128GB of storage included. The Pixel 2 has a 5-inch full HD display with a 2700mAh battery and the larger Pixel 2 XL has a 6-inch Quad HD display (it’s an 18:9 aspect ratio, so it’s a bit taller) and has a larger 3520mAh battery inside to keep it going all day long. Of course, both smartphones are launching with Android 8.0 Oreo on-board. Those of you that still want the Kinda Blue Pixel 2, it looks like you’ll need to head over to Verizon’s website and get your order in before those are gone too.