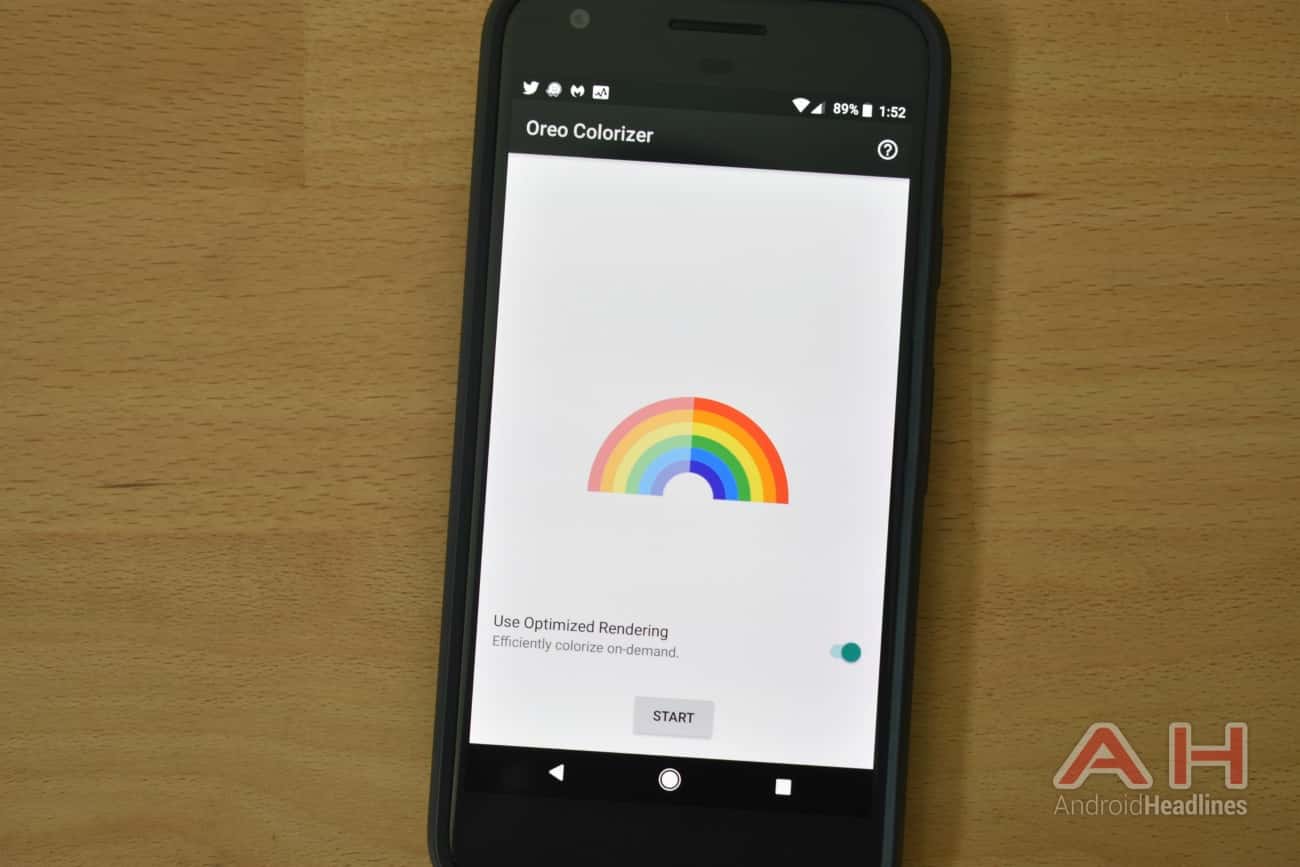 Oreo Colorizer will force more vivid colors on the Pixel 2 and Pixel 2 XL. If you're someone who prefers their phone display to showcase colors a little more vibrantly and you have one of Google's new devices, then this is an app you'll want to consider installing. Both the Pixel 2 and Pixel 2 XL showcase colors in a more standard space, which might make them view a little more muted than some would prefer to have. That's where this application comes in as it forces the device to display colors in a wider gamut to make them appear brighter and more vivid.

You may or may not notice the differences right away regardless of whether you have a Pixel 2 or Pixel 2 XL. It's also worth mentioning that the app can be installed on the older generation Pixel phones, but since the Pixel and Pixel XL don't seem to have the same problem when it comes to the color space as this year's phones, you as a user may not need the app in the first place as it doesn't appear to do anything.

Having colors displayed more vividly isn't necessarily going to matter to all users, but the option for a way to make them brighter is there for those that want it. The app is also free to download, install, and use, so if it isn't doing anything for you or if you simply don't use it often, then you can easily uninstall it without fear that you'll be losing out money that you paid for it. If you do use it, the app itself is basic and not hard to use. You simply open it up and tap the start button at the bottom of the UI, the app will take you to a new screen where it requests that you allow it to display over other apps, and then you can go back to the previous screen to hit the start button again which enables Oreo Colorizer. There are also two different modes in the app, called high-performance and standard, with high-performance mode adjusting the colors more aggressively to be even more vivid. If you're interested in the app, you can grab it from the button below.

Advertisement
Download Oreo Colorizer APK
Advertisement
Trusted By Millions
Independent, Expert Android News You Can Trust, Since 2010
Publishing More Android Than Anyone Else
45
Today
253
This Week
254
This Month
4999
This Year
106474
All Time
Advertisement