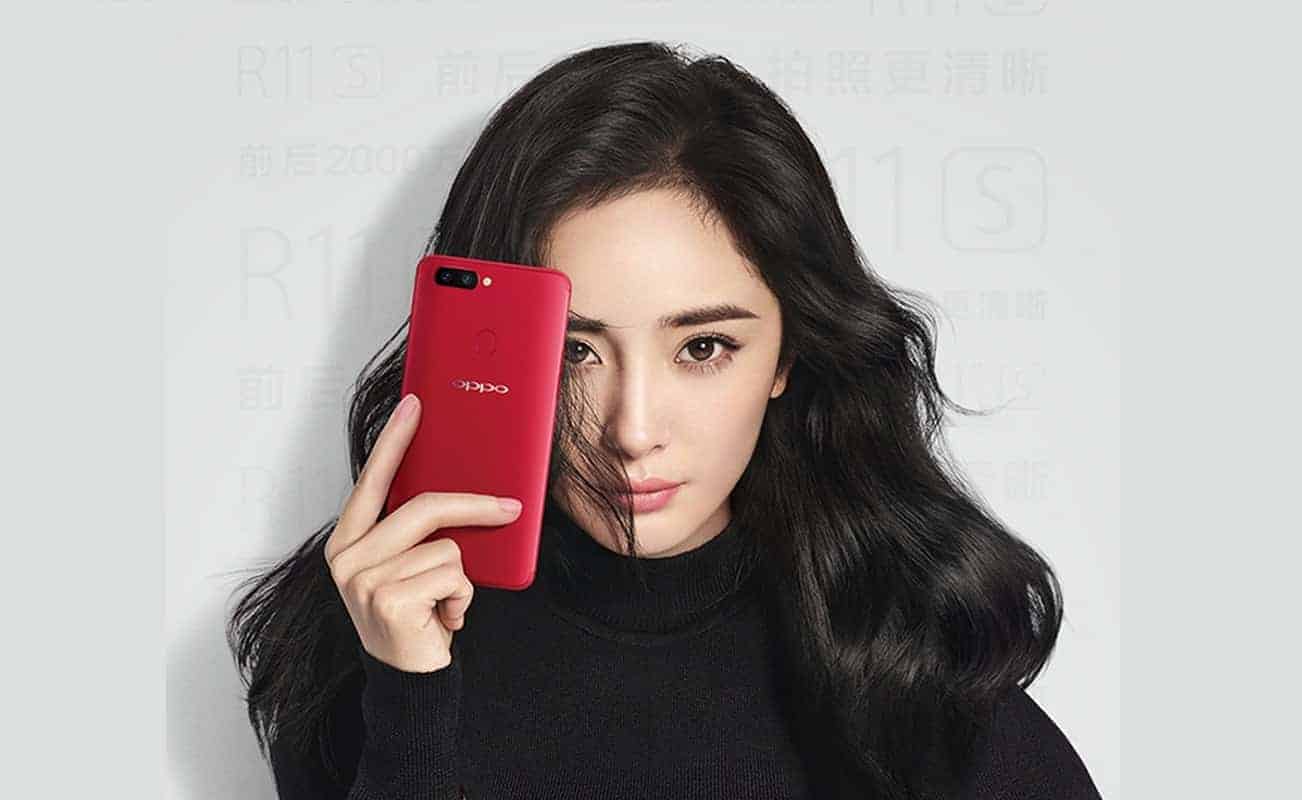 The upcoming OPPO R11s has just surfaced in AnTuTu’s database, revealing most of its core specifications ahead of its official debut next month. OPPO has already confirmed that it will take the wraps off its new R11s on November 2nd in China, introducing the handset as the successor to the OPPO R11 that made its debut earlier this year. The OPPO R11s has leaked extensively so far and looks quite promising with its full-screen design, and the specifications now listed on AnTuTu seem to confirm most previous leaks and rumors about the device. OPPO is also rumored to release two versions of the smartphone – the OPPO R11s and OPPO R11s Plus – with the newly uncovered AnTuTu listing apparently pertaining to the more affordable R11s model.

The benchmark lists a full HD+ screen resolution of 2,160 x 1,080 pixels, which seems to bolster previous claims of a full-screen design with an 18:9 aspect ratio. Most smartphones come with a 16:9 aspect ratio, but the trend recently shifted toward an 18:9 format on flagship smartphones such as the Samsung Galaxy S8, Galaxy Note 8, LG V30, and others, and OPPO seems ready to join the bandwagon. Other listed specs include a Qualcomm Snapdragon 660 processor, 4GB of RAM, and 64GB of native storage space. The Snapdragon 660 is a 64-bit octa-core processor with an Adreno 512 GPU suitable for the mid-range segment of the smartphone market. The benchmark further lists the smartphone with 20-megapixel cameras on both its front and back, marking an upgrade from the OPPO R11 that came with a 20-megapixel rear camera and a 16-megapixel front sensor. It remains to be seen whether the handset will also have a microSD card slot for storage expansion like its Hybrid SIM predecessor did.

On the software side, the OPPO R11s will run Android 7.1.1 Nougat, most likely with OPPO’s proprietary Color OS on top. Recent rumors also hinted at a higher-end OPPO R11s variant with 6GB of RAM and 128GB of native storage space. The smartphone has also received the 3C certification in China for four variants, seemingly confirming that both an OPPO R11s and an R11s Plus are on the way. It remains to be seen whether the handset will eventually be officially available for purchase outside of OPPO’s home country. 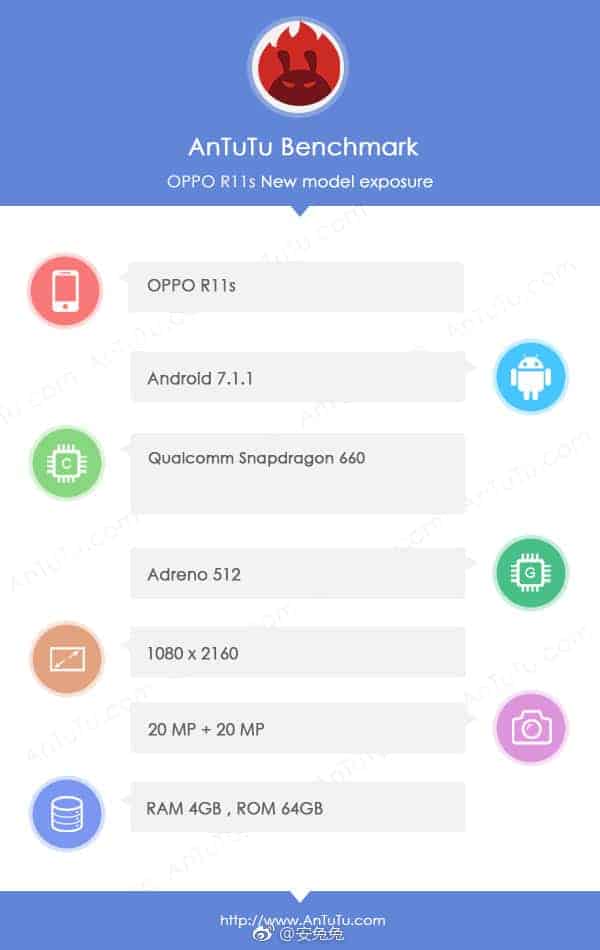