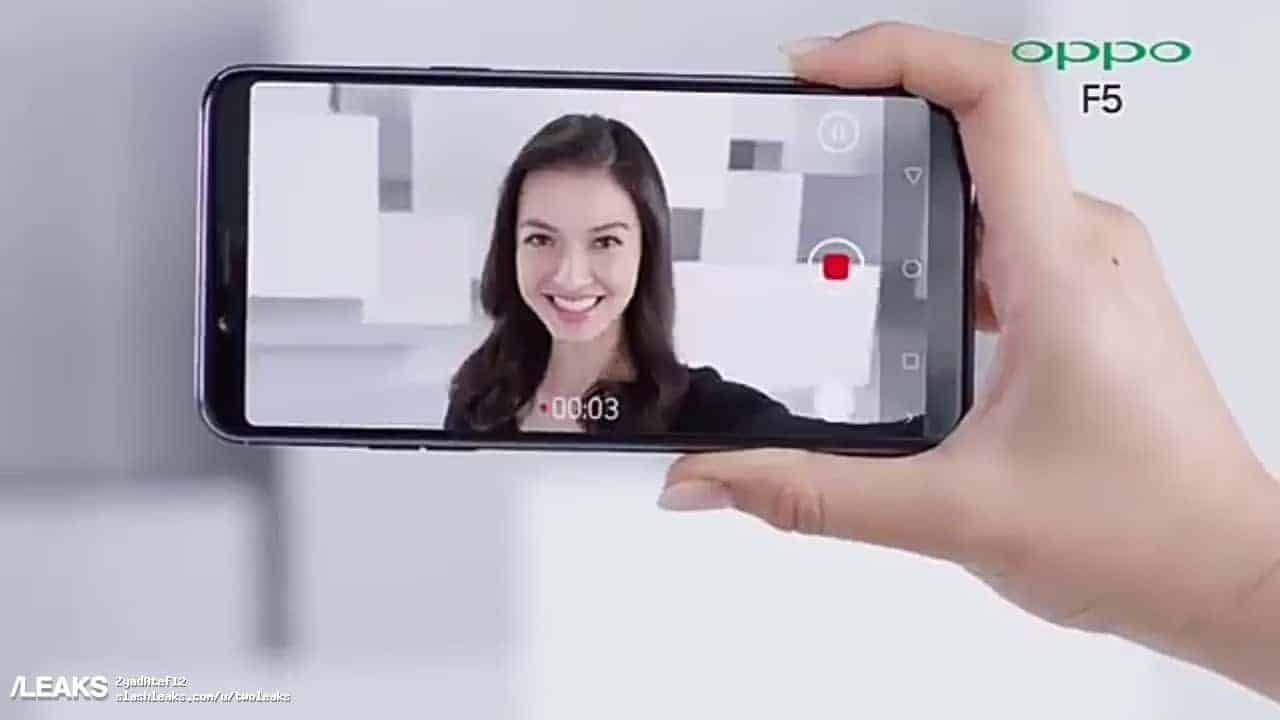 The OPPO F5 has been leaking like crazy lately, and some new images have just popped up. Now, these images have been taken from a leaked promo video it seems, and they give us a rather good look at OPPO’s upcoming smartphone. These images basically confirm that previous OPPO F5 leaks were accurate, as this seems to be the final design of the OPPO F5. Having said that, let’s check out the device’s design.

If you take a look at the gallery down below, you will get to see some real life images of both the OPPO F5’s back and front sides, while several color variants are shown off on what seems to be the phone’s retail packaging or something of the sort. As you can see the OPPO F5 will have really thin bezels, though do keep in mind that very thin black bars will be present around its display, which is also visible in the provided images. The device will come with on-screen buttons, and its display will sport rounded corners, which seems to be the trend these days. The phone will sport a single camera on the back, and its rear-facing fingerprint scanner will feature an oval shape it seems, and below it, you’ll notice the company’s branding. Now, according to the leaked images, the OPPO F5 will be available in black, red and gold color variants, the first two will probably ship with black-colored bezels on the front side, while the latter will ship with white-colored front-facing bezels.

Having said that, the OPPO F5 will be made out of metal, while the phone is rumored to ship with a 6-inch fullHD+ (2160 x 1080) display. The phone will ship in both 4GB and 6GB RAM variants, it seems, while you can expect to find 64GB of storage inside of this smartphone. A 16-megapixel snapper will be placed on the back of the device, while a 20-megapixel camera is expected to be included on the front side of the OPPO F5. This smartphone will come with two SIM card slots, while chances are that the OnePlus 5T’s design will be based on the design of the OPPO F5, at least if rumors and leaks are to be believed.

Buy the OPPO R9 Plus