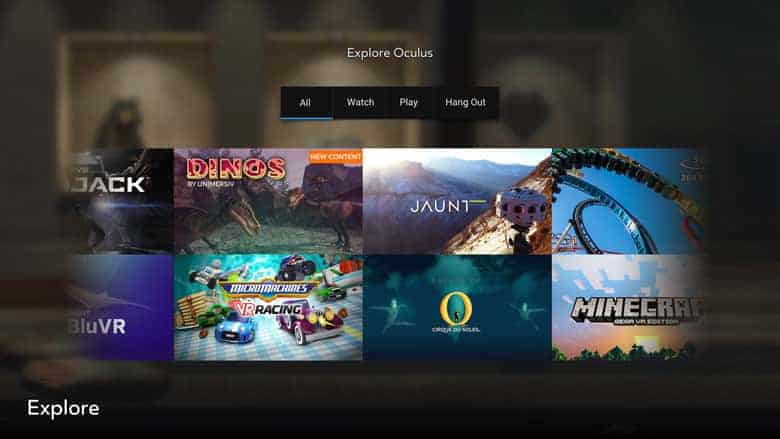 Oculus announced a slew of changes and new tools for the Oculus platform today at its developer conference, which is known as Oculus Connect 4 or OC4 for short. One of those new tools is Social Building Blocks. Which Oculus describes as a way for developers to build and maintain their social apps. Oculus believes that experiencing VR with another person is a rather unique experience and it wants to build on it. Speaking of which, it also announced that Oculus Avatars are getting a redesign in early 2018. This redesign is going to allow users to customize more of their avatar, including skin, hair and much more. Looking further down the road, Oculus plans to have these avatars lips move with your own lips, so they can truly be an extension of yourself, but in virtual reality.

Perhaps the bigger deal in today's announcements was the fact that Oculus was opening up the Explore API. This is a feed that is personalized to each user and recommends apps and experiences for each user, it's currently available in Home on Gear VR, and now it is opening to Gear VR developers, so they can work with it as well. It will be opening up for the Rift next year. Oculus says that developers are going to be able to announce new game features, deep link to specific experiences inside their apps and so much more with the Explore API being opened up.

And finally, Oculus announced that it had added dynamic lighting support and depth cameras to help developers fully immerse users when it is shared in a video. This is done by doing mixed reality capture. This is largely for developers to market their VR experiences, so that you are able show users what its like to be in the game in a video marketing the experience. Which is a hard thing to do with virtual reality, but Oculus is making it easier than ever. All of these changes and more, were announced today. The majority of them aren't available just yet, but it is a nice look at what Oculus has coming in the near future.