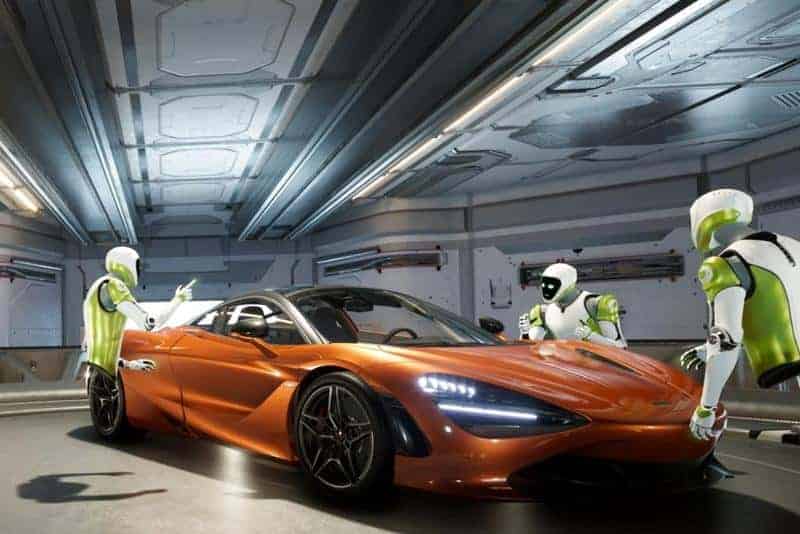 NVIDIA’s vision of a realistic, collaborative virtual space, the Holodeck, is now live and ready for early access by qualified developers and designers. Interested parties can apply, and NVIDIA will hand-pick the best candidates to be among the first to set virtual foot in the Holodeck. Winners will not only be able to bring their own staff into the Holodeck to collaborate in a realistic and beautiful VR space, but will be able to bring customers and clients inside to check out what they’re working on, allowing everybody involved with or impacted by a product to collaborate in real time from anywhere in the world.

The Holodeck is a realistically rendered and realistically behaving space, thanks to NVIDIA’s PhysX engine, and the unprecedented mix of realism and virtual breaking of the real world’s limits allows the Holodeck to be used for AI programming and training, among other tasks. NVIDIA’s DesignWorks and VRWorks platforms are also built right in. This means that programmers can telecommute to work in VR and explore the product they’re creating as they tweak it, real estate agents can work with designers to perfect virtual tours of houses and bring prospective buyers in to see them in the same space they’re built, and VR game designers can use VR controls, such as their own hands with special gloves, to alter the game and its assets in real time, as just a few examples.

Experience and talent are not all that designers and architects will need to gain access to the Holodeck. The experience uses cutting edge VR and physics technology, and will need cutting edge technology to make everything flow smoothly. The minimum requirements on the GPU side are a GeForce GTX 1080TI, the current best card in the GeForce GTX lineup. One of those will run you a bit over $700, and is the cheapest way to get into the Holodeck. Those who prefer to use workstation graphics instead of a gaming GPU can get by with a Quadro P6000, a workstation graphics card that sports a minimum of 24GB of VRAM, and costs over $5,000 from most sellers. General use Titan Xp GPUs are also on the approved list, and can be found for around $1,700. Besides the GPU, you’re going to need at least 16GB of RAM, and a desktop-grade, sixth-generation Intel Skylake Core i7 processor. You’ll also need an HTC Vive or Oculus Rift and requisite controllers; a mobile headset won’t cut it here, even with VRidge or a mirroring software; the controls would be lacking, and latency could make the experience far less precise than it should be. Finally, you’ll need three free USB 3.0 ports for the necessary hardware, and your rig will have to be running the latest Windows 10 x64. There has thus far been no word on when Linux or MacOS can get on board, or if that will happen.