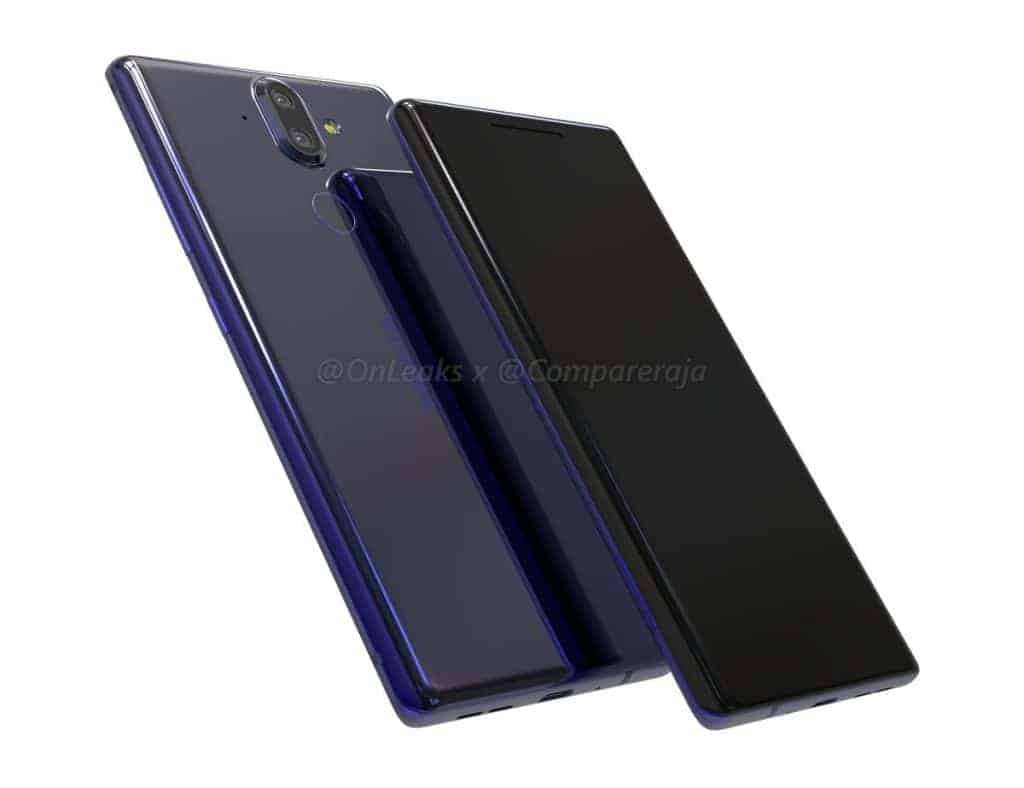 In spite of already having released a number of smartphones in 2017, Nokia looks set to release a new one soon, the Nokia 9. This is a device that has already been speculated on with images also having shown up. However, now a number of new renders, as well as a new 3D render video, have surfaced online, courtesy of CompareRaja and frequent tipster @OnLeaks.

Along with the images and video (which can be seen below), this latest report details some additional information based on details provided by unnamed sources. As per that information, the Nokia 9 will be a smartphone that looks to offer a significant reduction in the bezel levels, following the trend that has been set routinely in 2017 by smartphone makers. With the latest report likening the design of the Nokia 9's front panel to that found on the Galaxy S8. In either case, the images and video do seem to highlight the display (as well as the back panel) will be curved. Other notable aspects shown off in these latest images include a USB Type-C port on the bottom, a rear positioned fingerprint sensor, and consistent with previous suggestions – a dual rear camera setup. Which the report (and images) suggesting the setup will be aligned vertically. Although details on the MP count of the two cameras was not provided. Otherwise, the last aspect worth noting is that these images do seem to suggest that there is no 3.5mm jack port included with this device. As for the dimensions, the Nokia 9 is said to measure 140.9 mm in length, 72.9 mm in width and 7.5 mm in depth. However, the dual rear camera setup is a 'bump' setup which sees the upper limit to the depth coming in at 8.9 mm.

As for the rest of the rumored specs, the Nokia 9 will come to market boasting a 5.5-inch display along with a QHD resolution. Inside, this phone will be packed with 4GB RAM (some rumors have suggested 6 and 8GB), offer up either a 64GB or 128GB amount of storage, and will likely be powered by a Qualcomm Snapdragon 835 SoC. A spec combination which will make the Nokia 9 the most powerful Nokia Android device to arrive to date. In the meantime you can check out the full array of images and the 3D video below. Although do keep in mind these are just renders based off prior information and not actual images.