Skip to content
Advertisement
Trusted By Millions
Independent, Expert Android News You Can Trust, Since 2010
Publishing More Android Than Anyone Else
2
Today
41
This Week
492
This Month
2430
This Year
112509
All Time
Advertisement Earlier today, we reported that Android 7.1.2 Nougat landed on the Nokia 6, and now a new update has arrived to its sibling, the Nokia 8. This new update does not bring the Nokia 8 to Android 7.1.2 Nougat, unfortunately, but it is bringing an Android Security Patch for October, along with a number of system stability improvements, and also user interface enhancements, though Nokia / HMD Global did not share any specifics regarding all that.

This update weighs around 295MB, so keep that in mind when you opt to download it, so that you don’t burn through your data plan or something of the sort. For those of you who missed the memo, HMD Global announced quite recently that the Nokia 8 will get updated to Android 8.0 Oreo before the end of this year, same goes for other Nokia-branded, Android-powered smartphones, actually. The Nokia 8 is currently running Android 7.1.1 Nougat, which is the version of Android this handset ships with. The Nokia 8 was announced back in August, as HMD Global’s Nokia-branded flagship, and it has been available out in the market since last month. The Nokia 8 is one of the more powerful smartphones out in the market at the moment, and it’s actually quite sturdy in terms of its build as well. The Nokia 8 sports a front-facing fingerprint scanner / home button, which is flanked by capacitive keys. There are two cameras on the back of this smartphone, and the phone is made out of metal.

The Nokia 8 sports a 5.3-inch QHD (2560 x 1440) display, along with 4GB / 6GB of RAM and 64GB / 128GB of expandable storage. The device is fueled by the Snapdragon 835 64-bit octa-core SoC, while you’ll find two 13-megapixel snappers on the back of this phone. A single 8-megapixel shooter is included on the front side of the Nokia 8, while the device ships with a 3,090mAh non-removable battery (fast charging included, Qualcomm’s Quick Charge 3.0). This handset is IP54 certified, and it comes in four color variants, Polished Blue, Polished Copper, Steel and Tempered Blue, while the Nokia OZO audio is also a part of this package, and the same can be said for Bluetooth 5.0 as well. 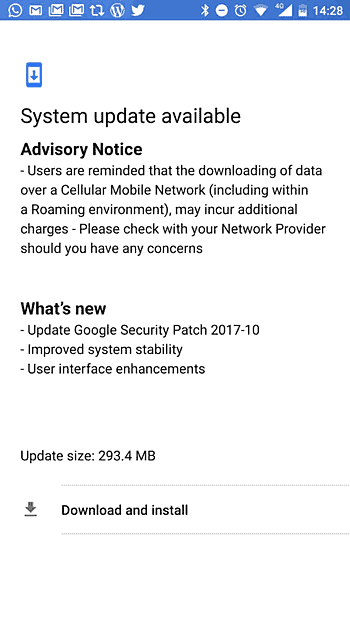