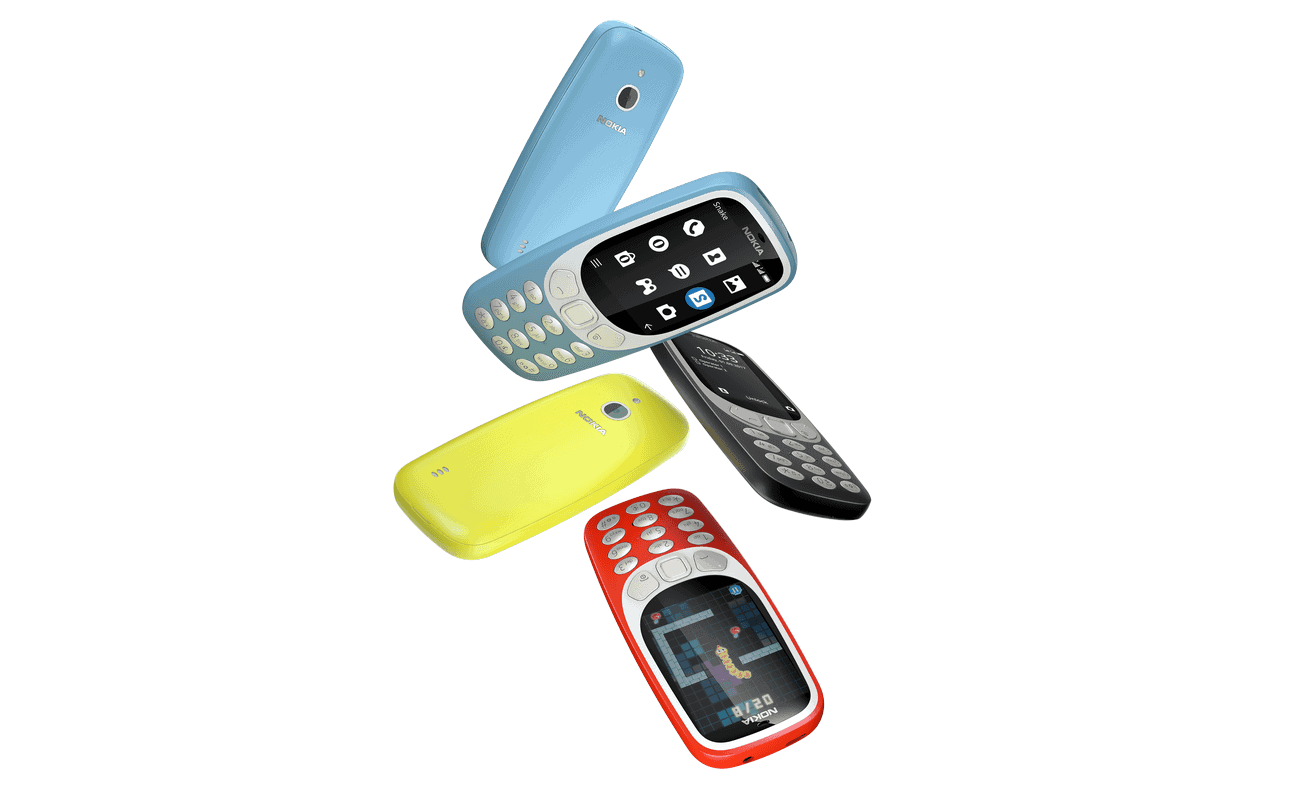 The Nokia 3310 3G feature phone is now launching in certain European markets including Germany, where the device is currently available for purchase via online retailer Otto for the price of €69.99. Likewise, UK-based retailers Carphone Warehouse and Clove have begun offering the feature phone for the price of £59.99, which translates to around €67 or $79 at today's conversion rate.

Unsurprisingly and as suggested by the nametag, the Nokia 3310 3G is the 3G-enabled variant of the 2.5G Nokia feature phone reboot launched earlier this year by Finnish company HMD Global. Both variants released in 2017 are inspired by the original feature phone which debuted in the year 2000, however, they bring a few modern features to the table including a color display and 3G connectivity in the case of the newer variant. The device offers a mere 64MB of on-board memory which shouldn't necessarily pose an issue for this type of phone, but either way, storage can be further expanded by up to 32GB through a microSD cards slot if needed. The 2.4-inch TFT, non-touch display has a resolution of 240 x 320 pixels, and the device also features a 2-megapixel main camera coupled with an LED flash, an on-board FM radio, a 3.5-millimeter headphone jack, Bluetooth 2.1 connectivity, and a 1,200mAh battery.

It's interesting to note that the Nokia 3310 3G has been rumored to exist since the second quarter of the year but initial rumors were quickly extinguished by HMD Global before the device was eventually announced earlier in September. In Germany, Otto currently offers the Nokia 3310 3G in two color options including gray and blue. In the UK, Carphone Warehouse has the gray, blue, and yellow models in stock while the red version no longer seems to be in available online. In contrast, as of this writing Clove UK has only the red model in stock whereas the other three color options should be available on October 25 at the earliest. The device also reached the US market not long ago where it is currently available for pre-order via Best Buy for the price of $59.99, and State-side the feature phone has an expected launch date set for October 29.