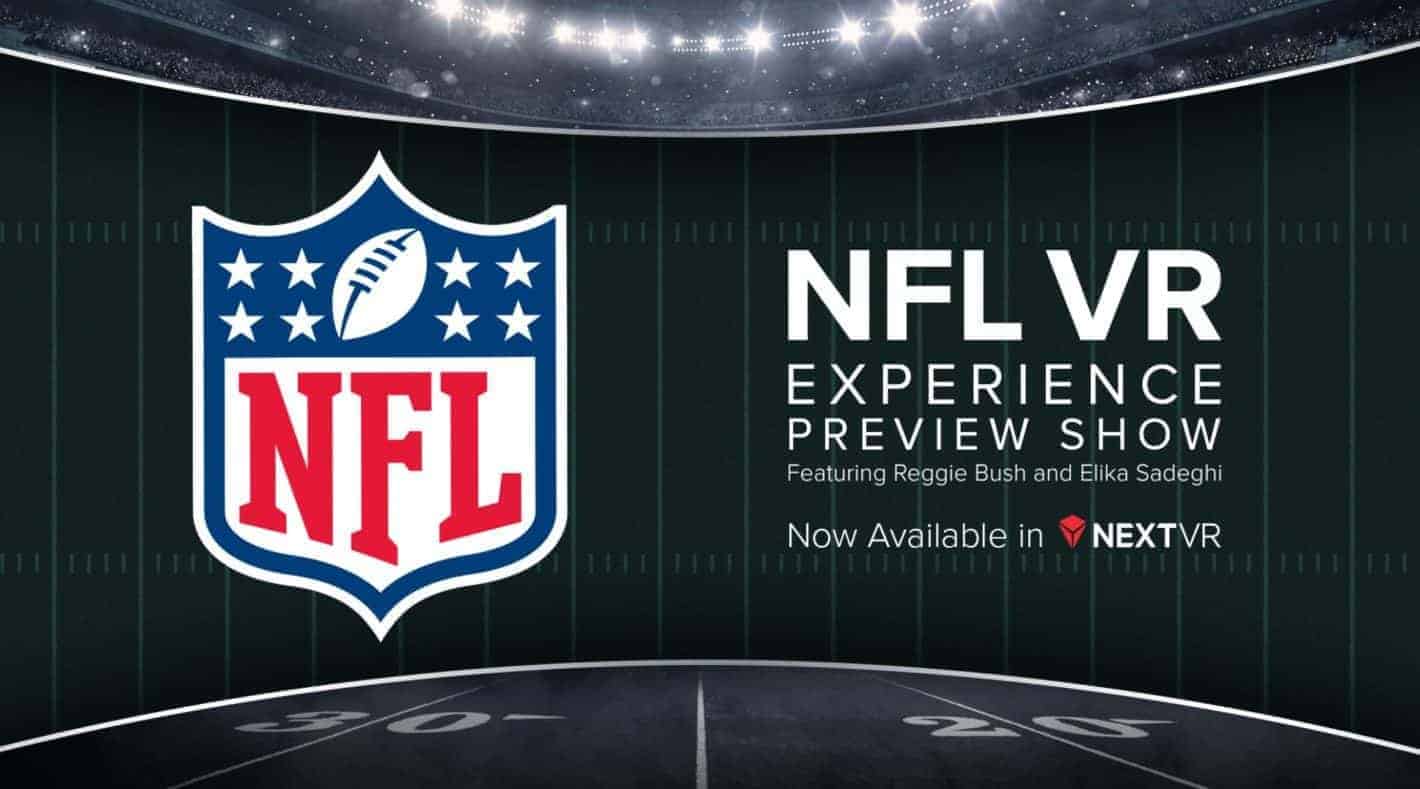 National Football League and NextVR extended their content partnership to the 2017 season and will be providing fans of the sport with a variety of post-game virtual reality (VR) experiences meant to ennoble their engagement with the game and provide them with additional coverage that isn’t available through any other medium. The partnership was officially debuted on Thursday and will first manifest itself in the form of a comprehensive post-game experience following the clash of Green Bay Packers and Minnesota Vikings scheduled for next Sunday, October 15th. The upcoming VR experiences will all be hosted by Elika Sadeghi and Reggie Bush, with the duo leading the audience through the highlights of every game they’ll be covering, consequently providing them with an immersive and unique recap of matches.

All content that’s set to be produced as a result of NFL and NextVR’s partnership will available through the latter’s mobile app, with the VR company revealing it will offer its post-game experiences as standard on-demand content. NextVR’s self-titled app is available for download on many contemporary Android smartphones and can be installed by referring to the banner below. The initiative will also cover the game between Los Angeles Chargers and New England Patriots on October 29th, as well as the clash of Dallas Cowboys and Atlanta Falcons on November 12th. The final two games set to be covered through VR content are those between Denver Broncos and Oakland Raiders on November 26th, and Dallas Cowboys and New York Giants on December 10th. The mini-series will be followed by a recap of the best highlights from the thereof at some point in December, NFL and NextVR confirmed.

The NextVR platform is compatible with Google’s Daydream service and Samsung’s Gear VR devices, as well as the Oculus-made Rift headset. More details on the upcoming programming are available at NextVR.com where the company will keep users updated on its NFL-related projects and other VR endeavors. The partnership itself is yet another step in NextVR’s efforts to build the most comprehensive library of high-quality VR content in the country and more similar initiatives are likely to be debuted by the firm in the coming months. 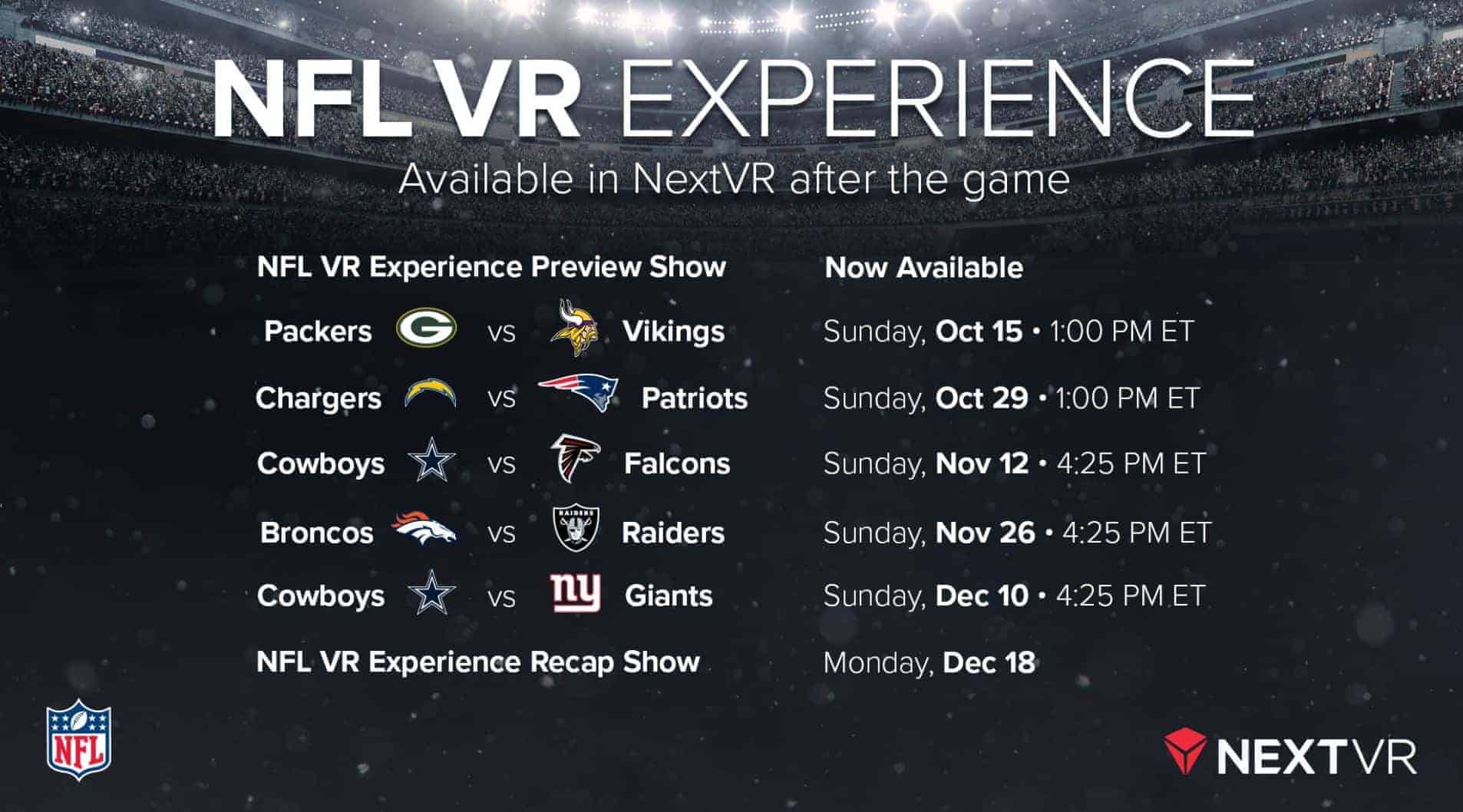