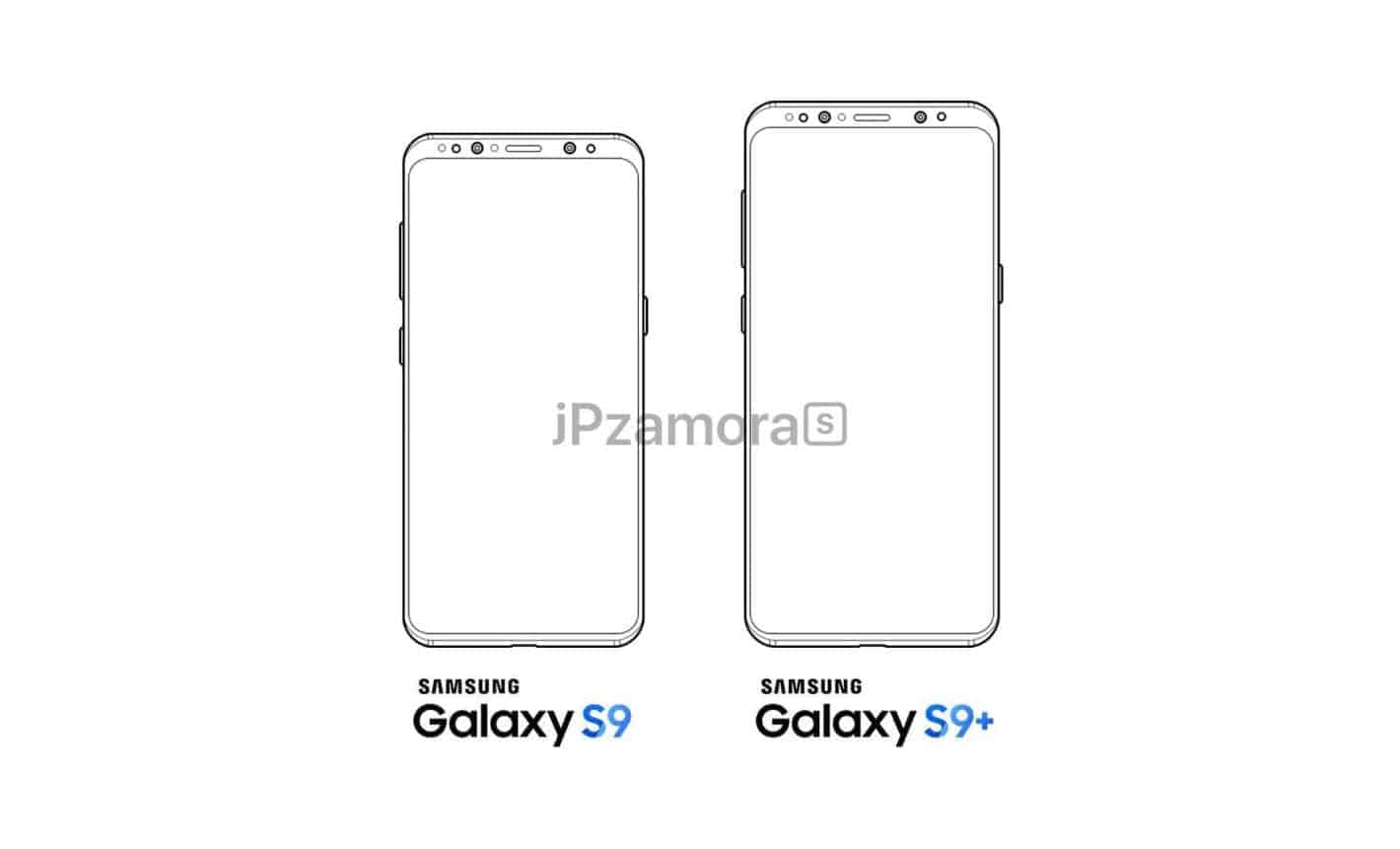 New design concepts detailing the Samsung Galaxy S9 and Galaxy S9 Plus recently emerged online, with their authors claiming they’re based on the latest rumors about the upcoming Android flagship duo. The images that can be seen below are accompanied with a number of specs supposed to be part of Samsung’s next high-end devices, many of which have already been the subject of previous reports about the Galaxy S9 lineup.

Compared to the Galaxy S8 series, the next pair of premium Samsung-made smartphones will apparently have an even thinner bottom bezel and otherwise succeed the general aesthetic of the 2017 handsets. The devices are both said to feature the company’s Infinity Display panel with a tall aspect ratio of 18.5:9 and a QHD+ resolution. Screen sizes should also remain identical year-on-year, with sources claiming that the Galaxy S9 will feature a 5.8-inch display, whereas the Galaxy S9 Plus will have a 6.2-inch one. Apart from a larger physical footprint, higher battery capacity, and a more premium price tag, the Galaxy S9 Plus should be identical to its smaller counterpart. A reduced chin should also allow Samsung to make its next flagships somewhat shorter than their predecessors, with insiders now claiming that the Galaxy S9 will be 144.1mm in length, or 4.8mm shorter than the Galaxy S8. Likewise, the Galaxy S9 Plus is said to extend 155.2mm in length, 4.7mm less compared to the Galaxy S8 Plus. The width and thickness of the upcoming handsets are rumored to be unchanged compared to the previous two additions to the Galaxy S product family.

Latest reports claim that the Galaxy S9-series devices will lose their 3.5mm audio jacks which is the first time such rumors have started, even though they may not amount to anything; the Galaxy S8 lineup was also rumored to be ditching the headphone jack and Samsung reportedly even experimented with some prototypes lacking this conventional port but ultimately decided against doing away with it. The rear panels of the two devices are said to feature a 16-megapixel dual-camera setup, with their top bezels also possibly accommodating a two-sensor combo with 12-megapixel modules, according to some new rumors of dubious legitimacy. IP68 certification should also be part of the package, with Samsung still experimenting with an on-screen fingerprint sensor, though one is unlikely to be commercialized by the company before the Galaxy Note 9, recent reports suggested. 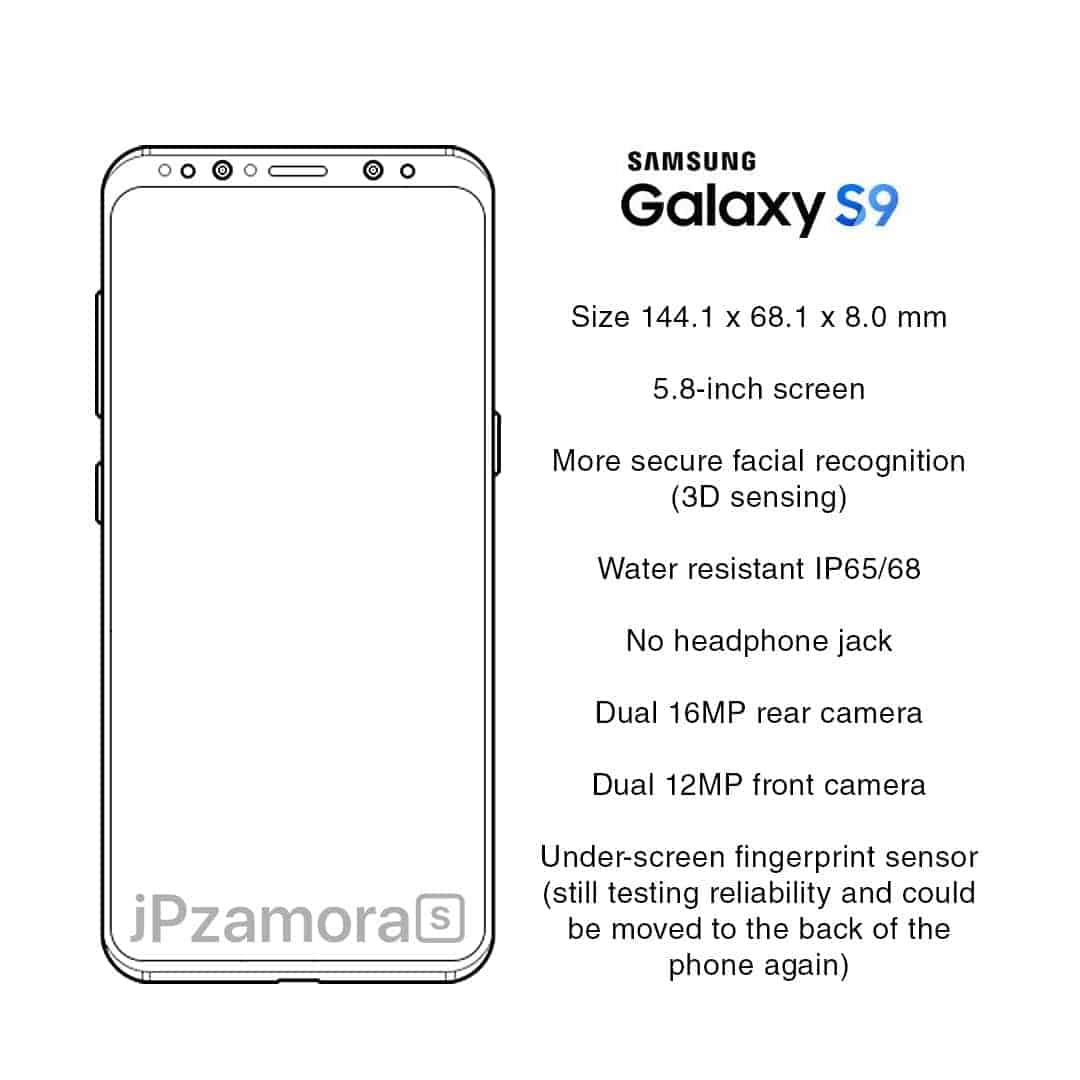 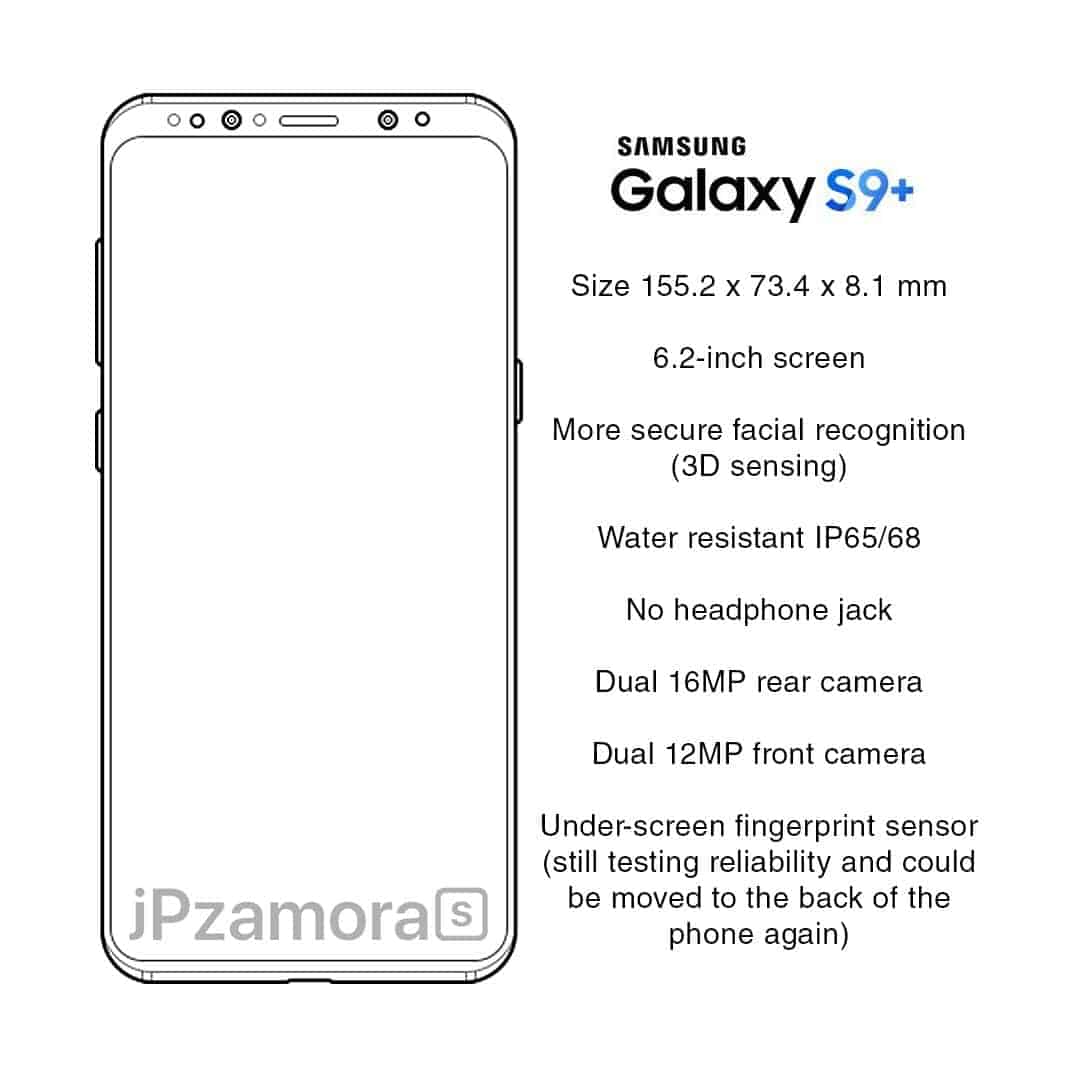 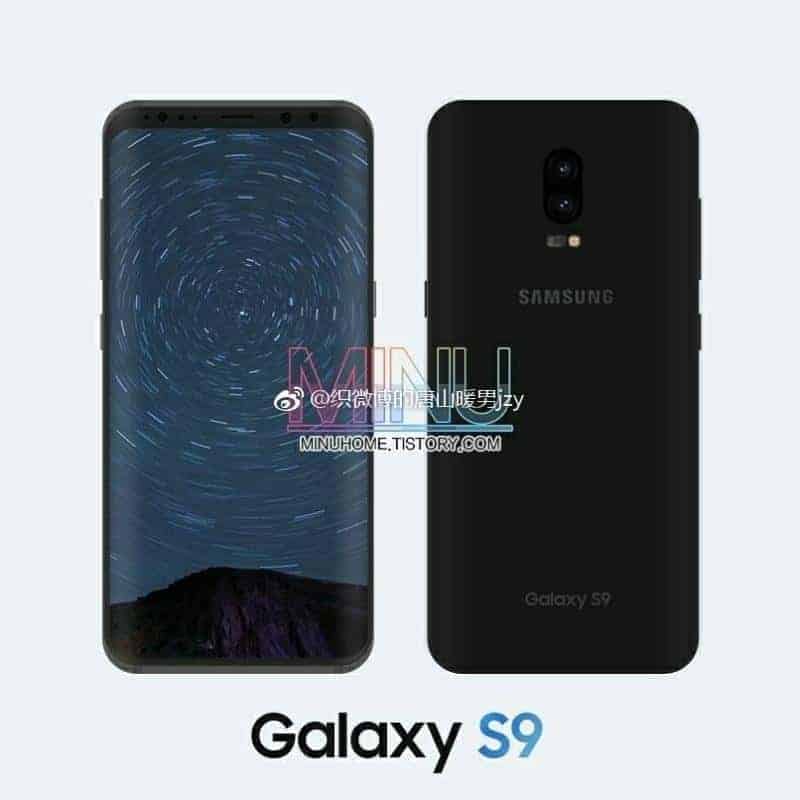 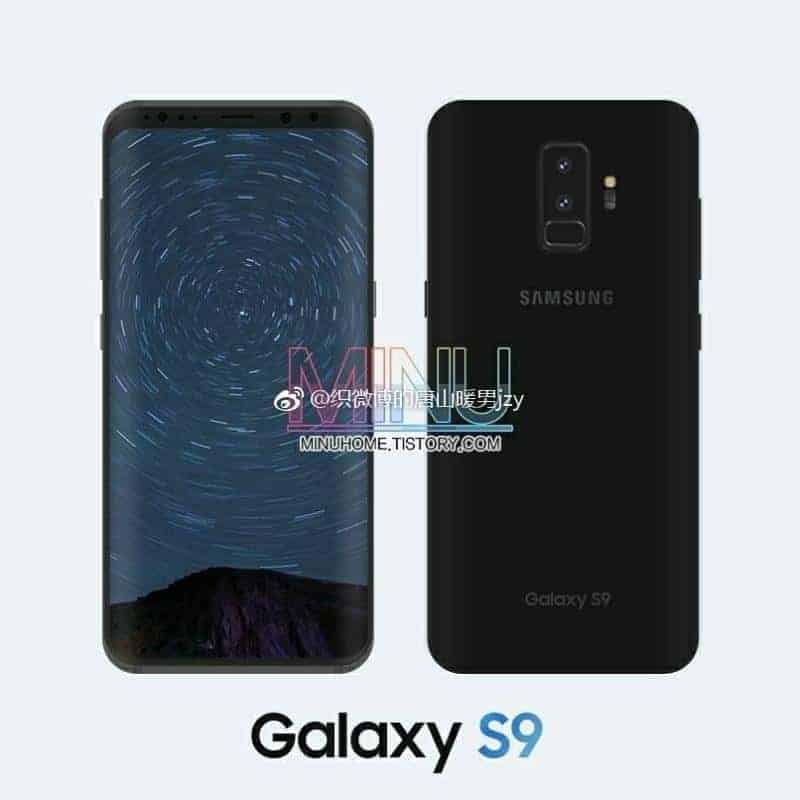