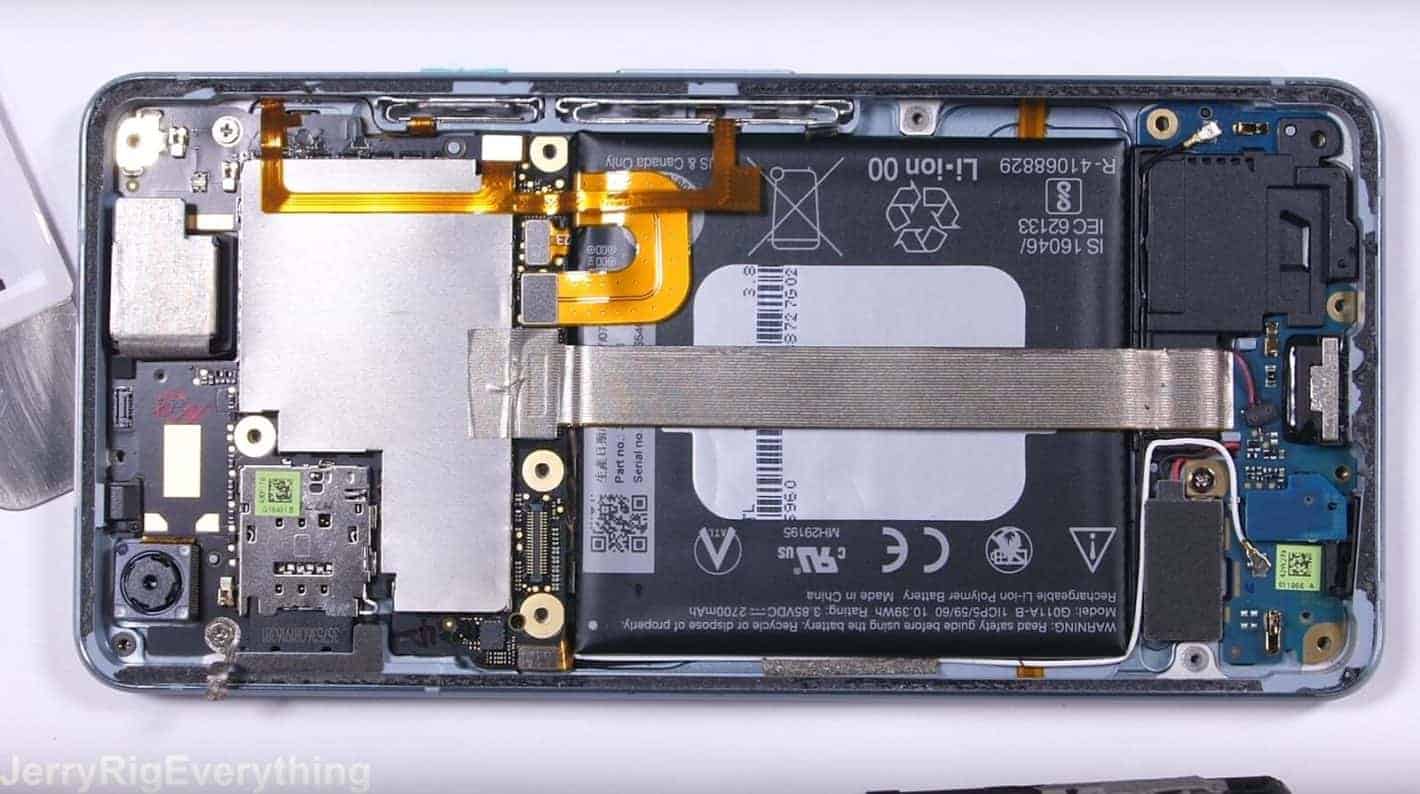 A new teardown of the Google Pixel 2 performed by popular YouTube channel JerryRigEverything ran by Zack Nelson revealed that the HTC-made smartphone uses some unconventional waterproofing methods and is also a product of a number of other atypical design decisions, many of which either contribute to its overall build quality or make it easier to repair. While Nelson didn't specifically reference iFixit's recent teardown of the same device, his teardown didn't correspond to the repair company's assessment that the Pixel 2 XL is somewhat repairable. Even though iFixit originally tore down the larger and bezel-free member of the new Pixel lineup, internal builds of the two devices appear to be largely the same and while the repair firm previously said the Pixel 2 XL's battery is difficult to remove, Nelson called the one found in the Pixel 2 "surprisingly easy" to replace, noting how the unit is only stuck to the case of the device with some gentle adhesive.

The Pixel 2 also appears to feature some form of dielectric grease on its USB Type-C port which is a highly unconventional waterproofing technique in the context of this product category and one that Nelson never saw in another smartphone. Consumer electronics using this form of water protection usually include drones and rugged laptops so it seems that HTC has been treading some new ground as far as protecting the Pixel 2 from the elements is concerned. Nelson was also able to take apart the Pixel 2 and put it back together without breaking its display despite the fact that the overall structural integrity of the handset was already heavily compromised following his aggressive durability test of the same unit. The circular fingerprint reader of the handset also appears to be replaceable, though it's still unclear if Google's software would allow for a third-party sensor. Most components found in the Pixel 2 are modular and relatively easy to replace, just like it's the case with the Pixel 2 XL.

The screen itself is unsurprisingly the component of the Pixel 2 that's most difficult to remove without breaking it, though doing so is still possible and usually won't be an issue as most industry experts agree that the vast majority of smartphone repairs usually involve a previously cracked screen so removing the display panel with surgical precision often won't be necessary. Refer to the video below for Nelson's in-depth guide on how to disassemble Google's Pixel 2 and put it back together.