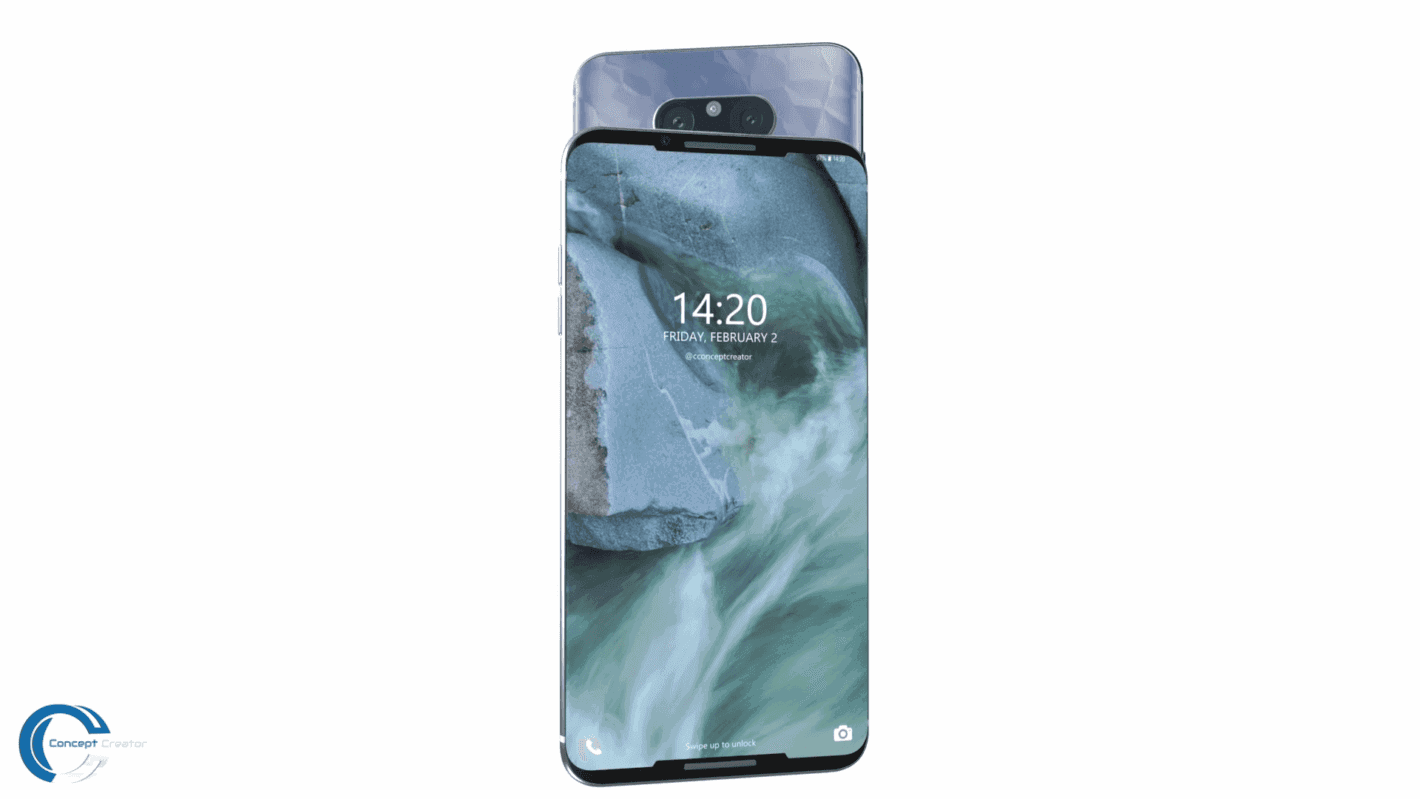 The LG G6 is one of the best known 2017 flagship smartphones, and even though the LG G7 is not scheduled to arrive anytime soon, a YouTube channel called 'Concept Creator' has released a concept design of that smartphone. Needless to say, this is not a leak of the phone or anything of the sort, but a product of imagination, so chances are that the final product will not exactly resemble this design all that much, though anything is possible. In any case, if you take a look at the embedded video down below, you'll get to see the phone up close and personal.

As you can see, the dual camera setup is present on the back of this device, and it actually looks quite similar to the dual camera setup on the LG G6. The dual camera setup on the back of this concept phone seems to be protruding on the back, and a fingerprint scanner is placed right below it. This LG G7 concept sports a rather interesting texture on the back, and it seems like a glass panel is placed on its back, while the phone's frame is made out of metal. A Type-C USB port is located on the bottom of the LG G7 concept, while the 'G7' branding can be found on the back side of this concept phone. The device comes with extremely thin bezels, its side bezels are non-existent, though there is some bezel on the top and bottom of this handset, and the design of the top and bottom is actually quite interesting, and we're not looking at a straight line here, the part where the speaker and the earpiece are, actually protrudes a bit more onto the display than the rest of the phone, and it's worth noting that the designer envisioned this phone to have a set of front-facing speakers.

A 3.5mm headphone jack is included on the top side of this smartphone, and the device comes in silver, cyan and red color variants. The power / lock key is located on the right-hand side of this phone, while you will find both of its volume keys on the left. That is more or less it as far as this LG G7 concept video is concerned, as the designer did not share any specs, and that is understandable considering this is a concept design, not a leak or anything of the sort.