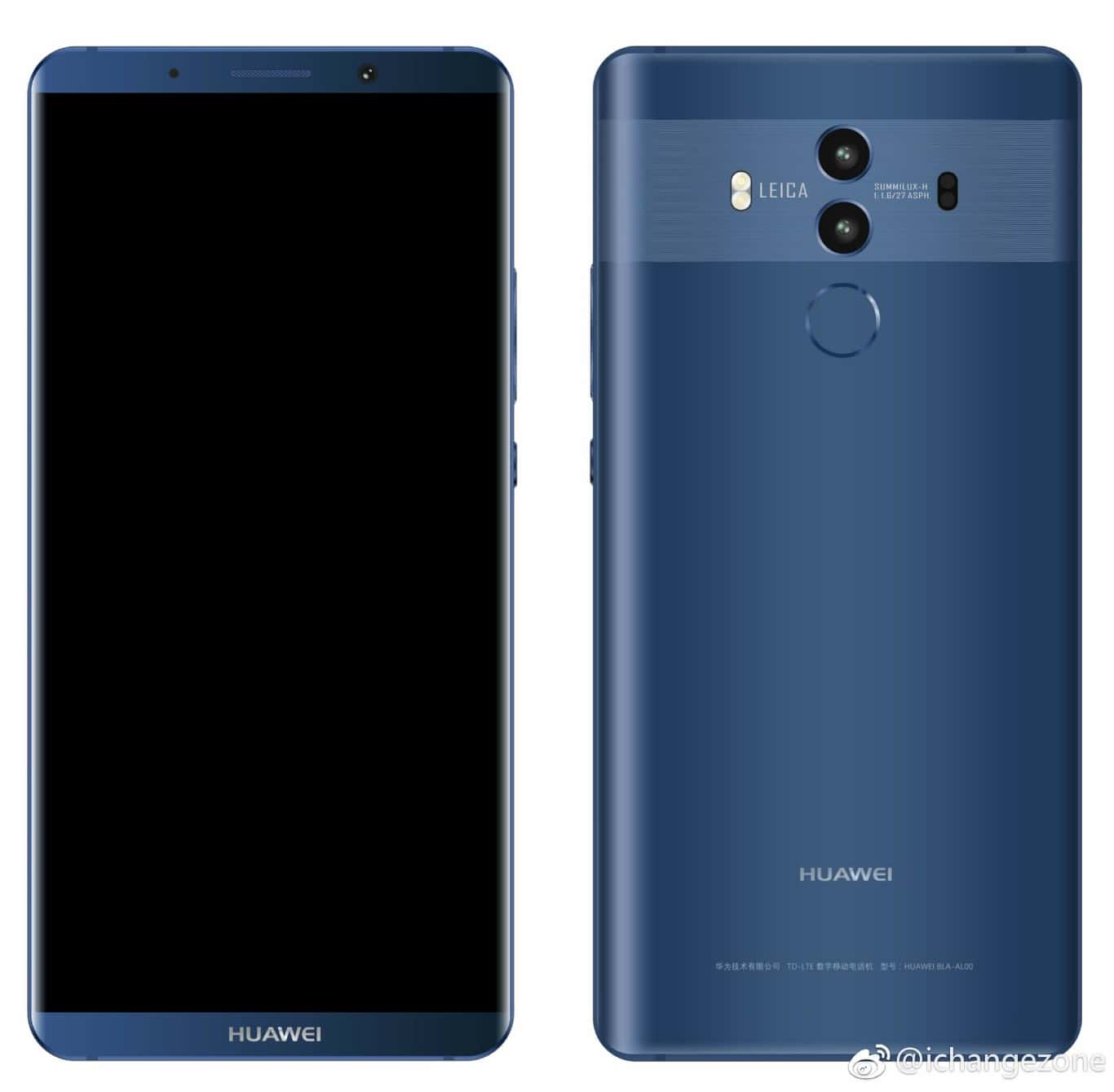 As you can see in the provided images, the Huawei Mate 10 Pro will not sport any physical buttons up front, all of its physical keys will be placed on the right, while the phone’s fingerprint scanner will be included on the back. Huawei’s branding is present below the phone’s display, and this handset will also sport a dual camera setup on the back. Those two cameras will ship with Leica’s lenses, and as you can see, the phone will also sport a laser autofocus on the back, and the same can be said for a dual-LED flash. The phone’s main lens will sport an f/1.6 aperture, and this will probably be a compelling phone for taking pictures, as was its predecessor. UAProf recently reported that the Mate 10 Pro will sport a fullHD display, and we’re probably looking at a 5.99-inch fullHD+ (2160 x 1080) panel here, which means this phone’s display will sport an 18:9 aspect ratio.

The Huawei Mate 10 Pro will be made out of metal, it seems, and the device will be fueled by the HiSilicon Kirin 970 64-bit octa-core processor, which was announced during this year’s IFA in Berlin. The Mate 10 Pro will probably ship with 6GB of RAM, though it’s possible that Huawei will opt to release more than one RAM variant of this phone. The device will arrive in several storage models, almost certainly, and Android 8.0 Oreo will probably come pre-installed on this smartphone, along with a new version of Huawei’s Emotion UI (EMUI) skin. The device is rumored to sport a 4,000mAh non-removable battery, while fast charging will also be a part of this package.