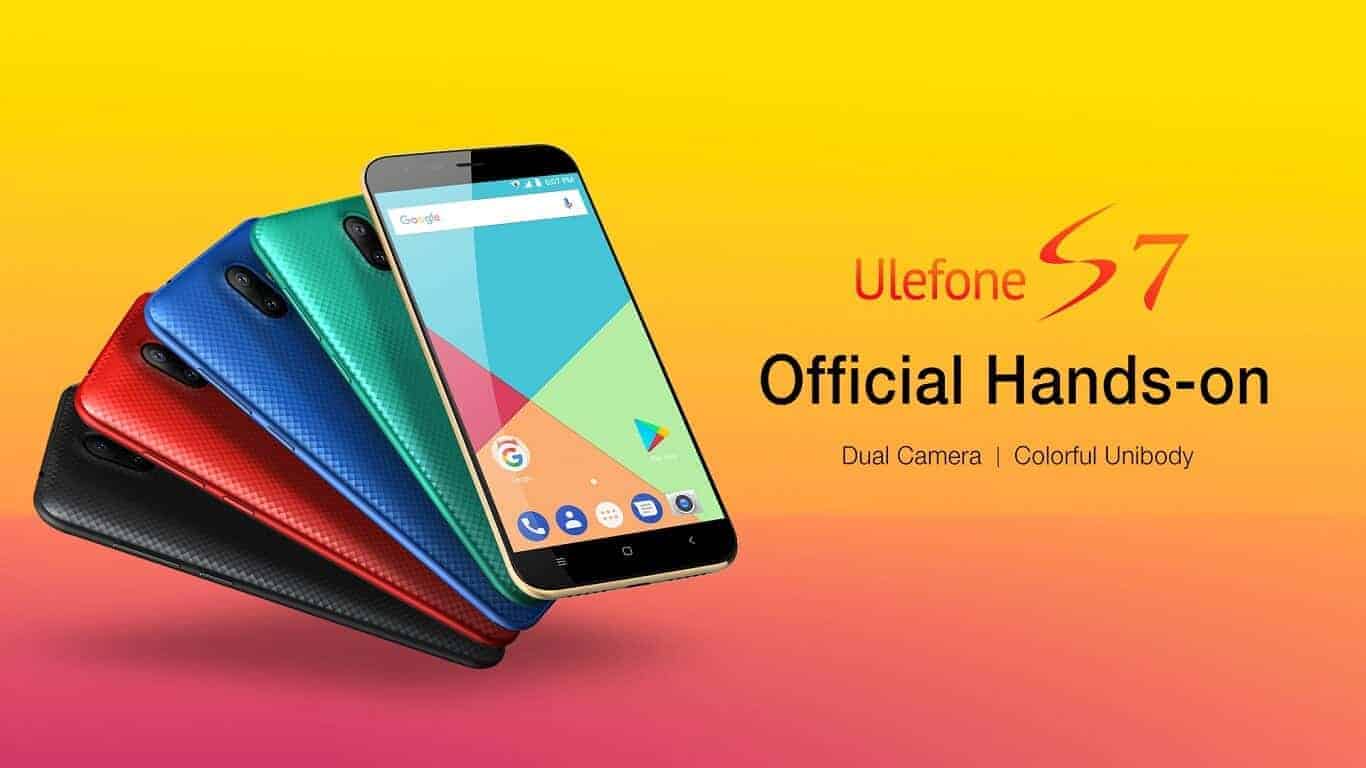 The Ulefone S7 has a number of selling points going for it although one of the most appealing is certainly going to be the price. While there are many phones designed to be affordable options, this one really does come in at a low price due to the Ulefone S7 having now become available to buy for only $49.99. Which considering what the Ulefone S7 offers, is a very compelling price. Speaking of which the company has now released a new hands-on video which looks to provide a much closer look at the Ulefone S7.

Technically speaking, this is not the first hands-on video to come through from Ulefone as the company did release one last week although that was more of a unboxing video than anything else. In contrast though, this latest one is significantly longer and provides a more in-depth look at the software experience, as well as some of the hardware perks such as the different color back covers that are available. Covers which look to add additional aesthetic features due to the inclusion of a 3D grid pattern and texture.

As for the phone itself, one of the key aspects to note is that in spite of its super-low price, the Ulefone S7 is a device that comes loaded with a dual rear camera setup consisting of an 8-megapixel primary camera and a 5-megapixel secondary camera. Thereby providing those looking for a budget smartphone the option to still benefit from some of the selling points on offer with a dual rear camera setup, including bokeh effects. As for the rest of the specs, the Ulefone S7 features a 5-inch display along with a 1280 x 720 resolution. Inside, the Ulefone S7 comes packed with 1GB RAM, 8GB storage, and is powered by a MediaTek 6580 quad-core processor. As mentioned, a dual camera setup is present on the back while the front-facing camera comes in a 5-megapixel form. Additional features include a dedicated Hi-Fi chip, a 2,500 mAh battery, and Android 7.0 (Nougat). More information on the Ulefone S7 is available through the links below, while those more interested in checking out the latest video can watch the Ulefone S7 hands-on experience in full below.

Advertisement
More info: Ulefone S7 Buy Ulefone S7
Advertisement
Trusted By Millions
Independent, Expert Android News You Can Trust, Since 2010
Publishing More Android Than Anyone Else
18
Today
57
This Week
338
This Month
4321
This Year
105798
All Time
Advertisement