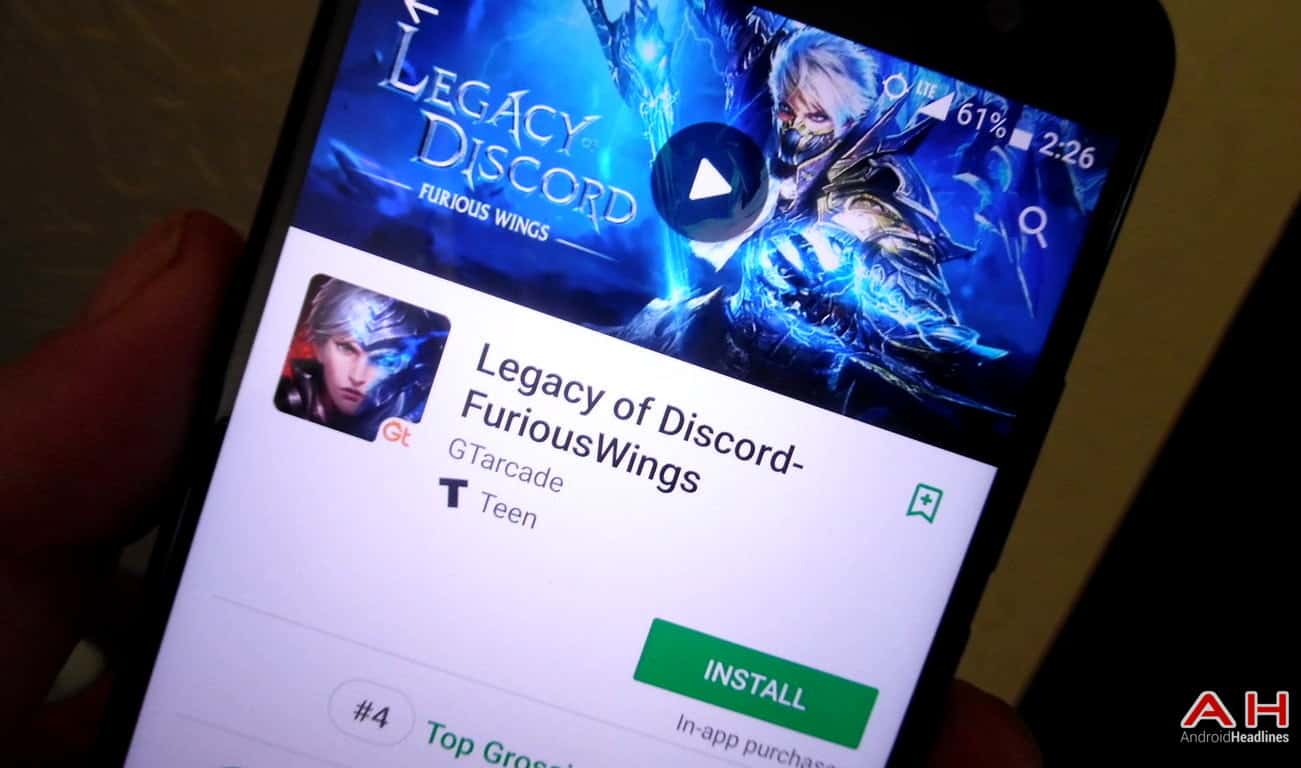 The Action RPG Legacy of Discord – Furious Wings, developed for Android by GTarcade, has a brand new update set to begin rolling out on October 19. According to the game's official website, at least one major new mode – called Last Guardian – and two variations on that mode will be added. In-game prizes will also be parceled out, including at least one exclusive item. As is usually the case with app updates, the new version is also expected to fix a few bugs and improve on features already found in the game.

The biggest inclusion in the update, as mentioned above, is Last Guardian. The mode is effectively one big battle, with participants vying to be the last player standing and to earn the highest score. Each session runs for around 20 minutes, with entry into the match available for the first 3 minutes and up to 40 players allowed within a match. By collecting loot, defeating other players, or getting kill assists, players will earn both skill points to level up and become more powerful. Equipment can be gathered from defeated enemies, on the ground, or collected from chests to further assist players in winning the game. Better still, all players begin the game with the same character attributes, which means everything starts on what is effectively a level playing field. Players are ranked based on points earned and the winner is the player with the most points at the end. As to the two modes offered through the new gameplay, those include Entertainment format and Death format. In Entertainment, players will have the chance to respawn and try again, following a set waiting period. However, they will lose their equipment when they are resurrected. Death format brings the intensity up a notch by adding a designated zone of play and adding permanent death for the duration of the match. Players outside of that zone will lose health points for as long as they remain outside of it.

Beyond the inclusion of the new modes, the update brings unspecified enhancements to Legacy of Discord's Metamorph system. Metamorph allows players to transform into the game's bosses during battle, but no specifics for what the improvements are have been provided as of this writing. A mysterious new piece of Wrathwing equipment has been added, called the Furious Wing will also be available following the update. The game is currently rated at number four in the Google Play Store's rankings for top-grossing action titles, so this new update may be worth a look for those who haven't played it yet.