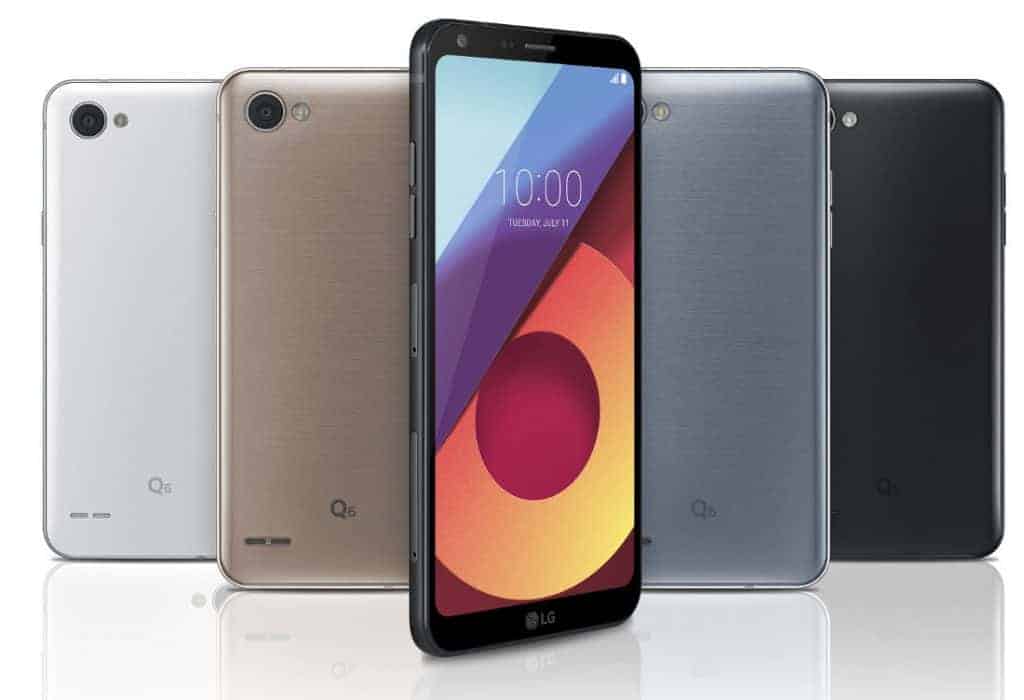 The mid-range LG Q6 just made its way to Canada, launching on a number of carriers. The smartphone is basically a lower-end version of the LG G6, sharing a similar design but without the glass back, dual rear camera, or a fingerprint sensor. The LG Q6 is designed to accommodate a lower price tag, offering decent specifications without breaking the bank. Before it officially launched, the LG Q6 was rumored to arrive as the LG G6 Mini. Following its debut back in July, alongside the LG Q6a and the LG Q6 Plus, the LG Q6 is now widening its reach and it’s available in Canada on Telus, Bell, Virgin Mobile, Freedom Mobile, Videotron, and Koodoo, with prices varying based on carrier.

For those unfamiliar with the handset, the LG Q6 comes with a 5.5-inch FullVision display with a fullHD resolution of 1,920 x 1,080 pixels and an 18:9 aspect ratio, a 64-bit octa-core Qualcomm Snapdragon 435 processor, 3GB of RAM, and 32GB of internal storage space, expandable up to 2TB with the help of a microSD card. Other specs include a 13-megapixel main camera, a 5-megapixel front shooter with wide-angle lens, 4G LTE connectivity, and Android 7.1.1 Nougat with LG’s own custom user interface (UI) on top. As previously mentioned, the LG Q6 does not come with a fingerprint scanner, but it does support face recognition technology for extra security. The device measures 142.5 x 69.3 x 8.1 mm and weighs in at 149 grams.

When it comes to pricing, the LG Q6 is available for zero down on all of the aforementioned Canadian carriers, but otherwise the pricing ranges from $410 to $449. Koodo and Telus have the lowest pricing, offering the LG Q6 for $410, Videotron has the device at $419, Freedom Mobile offers it for $440, while Bell and Virgin Mobile are selling it for $449. All prices are in Canadian dollars, and interested customers can purchase the device either outright, or on monthly installment plans. The LG Q6 may not come with top-notch specifications, but it should deliver a more than decent performance for its category and price range. Available color options also vary based on carrier. Telus, Bell, Virgin Mobile, and Freedom Mobile are offering the Platinum version, while Videotron is carrying the black model.