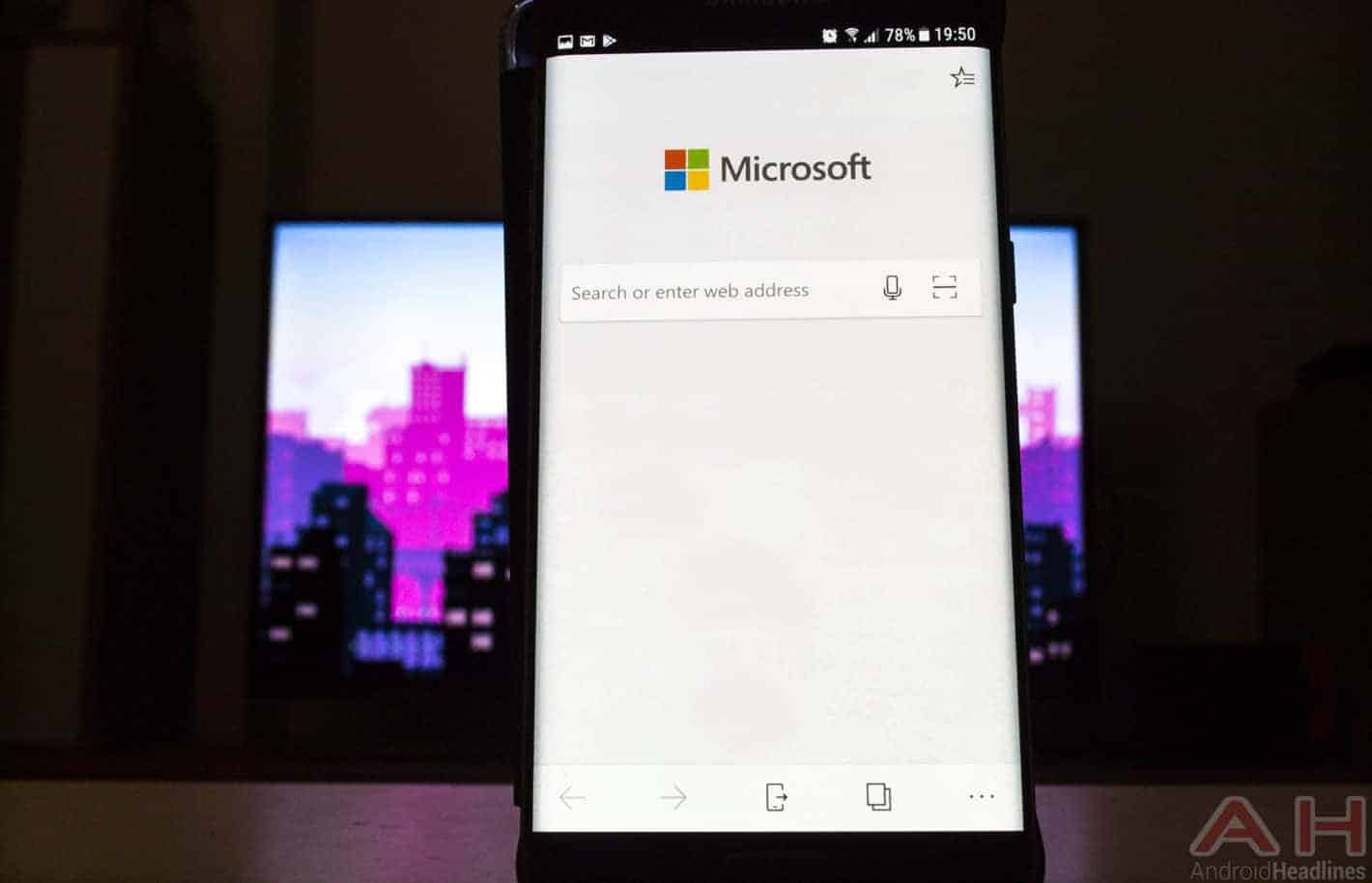 The Microsoft Edge Android browser is now available as a preview, with the tech giant pushing it out to the Google Play Store in the form of an officially unreleased app. Microsoft’s move comes shortly after its announcement of the new browser which is expected to hit the stable channel at some point next year and try to compete with the likes of Chrome, Firefox, and Samsung’s own offering for exploring the World Wide Web. After installing the app, you’ll be asked to sign into it with your Microsoft account, which is an entirely optional step and one Microsoft advises you to make to enjoy a more personalized user experience. For added convenience, Microsoft Edge Preview will be able to automatically log you in if you happen to already be using another Microsoft-made Android app like Outlook or OneNote on your device and are logged into it. The browser also asks you to share anonymous data with it for the purpose of helping its creator improve it going forward, which is both a common and optional request for such an app to make.

The main interface of the service is relatively clean as far as search engines which aren’t Google are concerned, though scrolling down on it will still present you with “Top Stories” which can be turned off in the “Home page” section of the app’s Settings menu, with the change itself going live the moment you open a new tab. Microsoft actually allows you to ditch Bing in favor of another default search engine, including the one from Alphabet’s subsidiary. Other options include Yahoo! (which is also powered by Bing), Ask, and AOL. Microsoft Edge allows you to perform searches using your voice even though the app won’t ask you for microphone access when you initially launch it, though this particular functionality is still highly experimental in nature and rather slow to recognize when you have actually stopped talking unless you’re in a perfectly quiet environment, so even dictating your query could make you lose your patience and tap the microphone button to confirm it because the app won’t be able to figure out it’s time to stop listening and start working. The voice recognition is still rather fast and presumably powered by the same software framework used for Microsoft’s artificial intelligence assistant Cortana.

To the very right of the voice control icon on the main interface is the one for scanning QR codes and barcodes which is a feature that’s often seen as an extra capability of various apps though usually isn’t prominently featured in browsers. Note that this particular interface is only seen when you launch a new tab, with or without a news feed. Otherwise, Microsoft Edge can be used like any other browser which you pick up and put down after some light surfing without having to religiously manage your tabs and performs searches directly from the URL bar which elegantly goes away when you start scrolling down any page and returns the moment you change your scrolling direction. 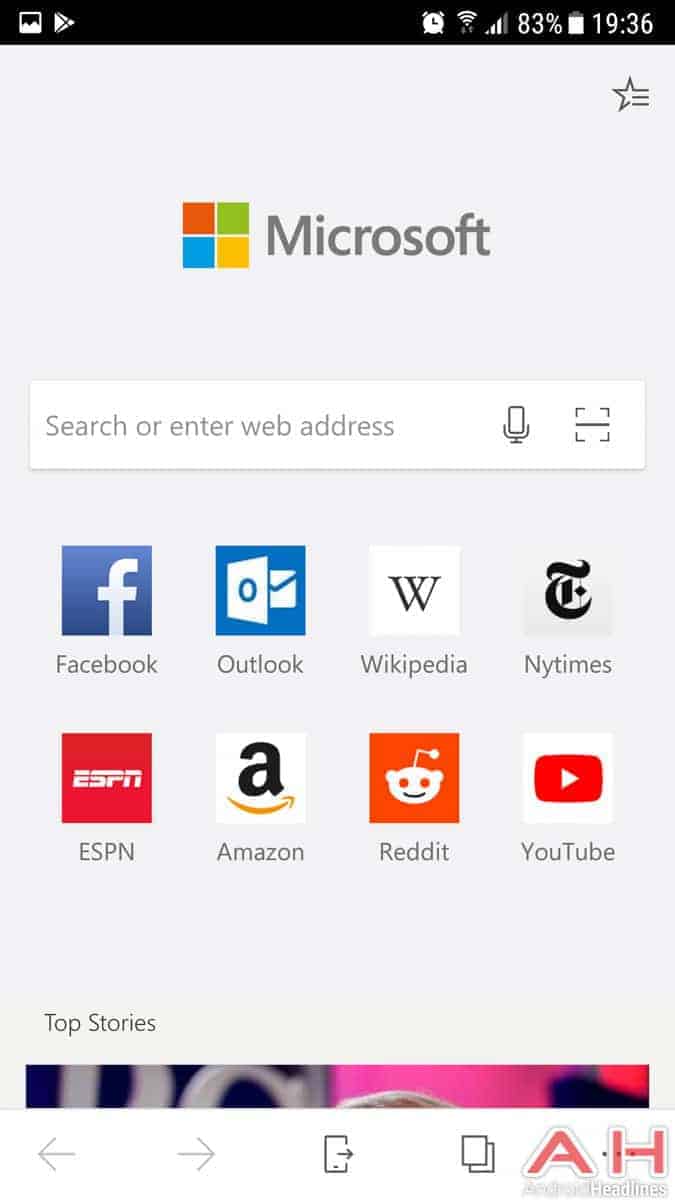 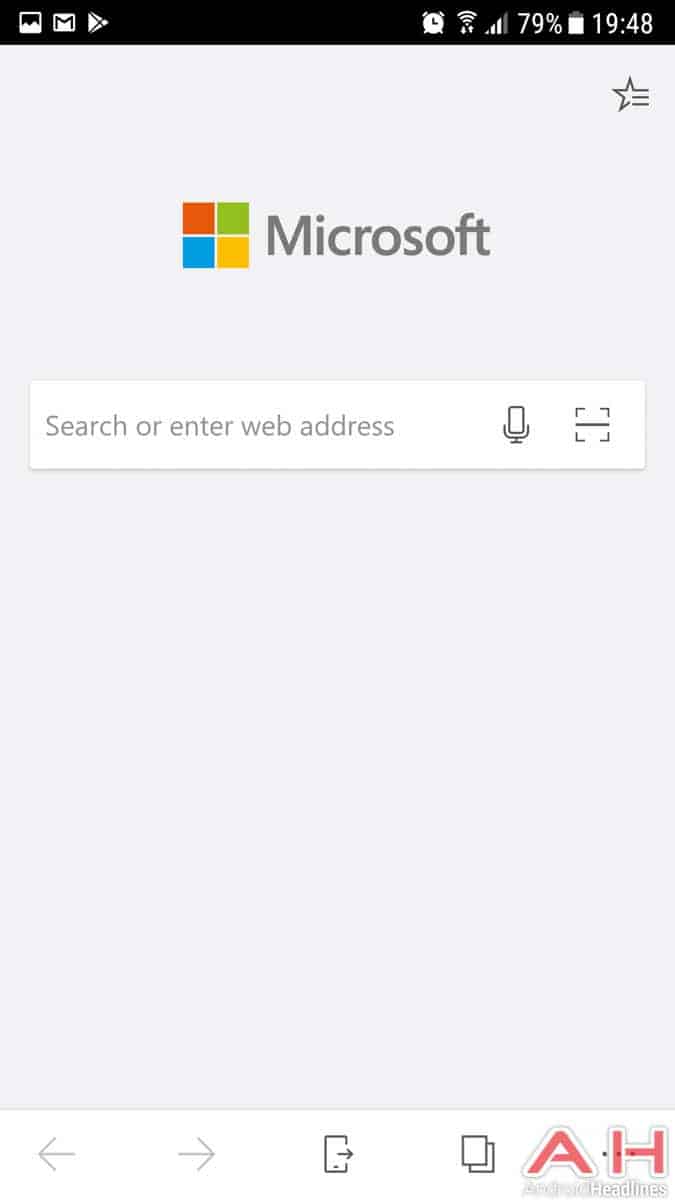 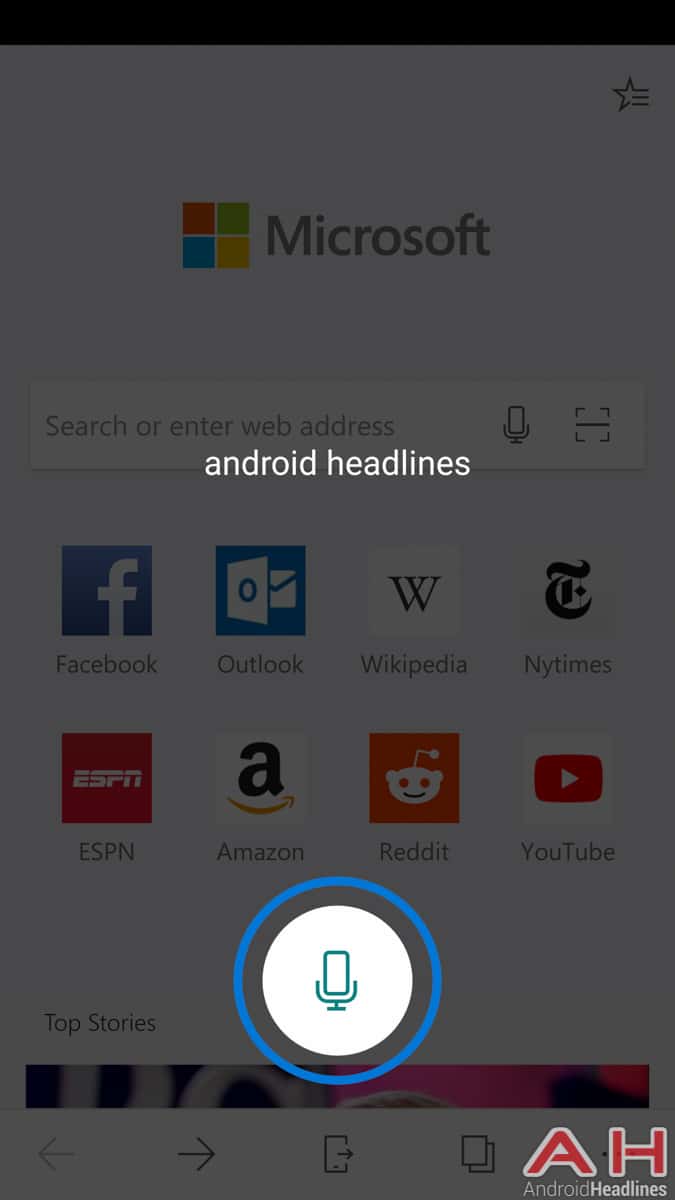 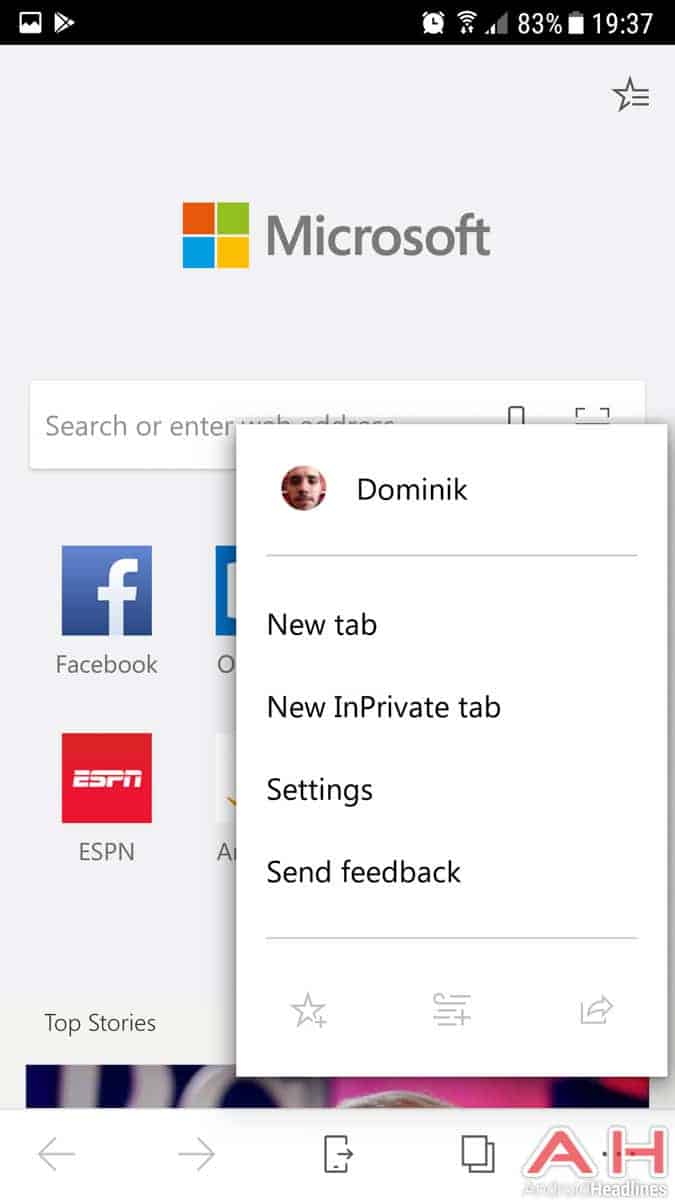 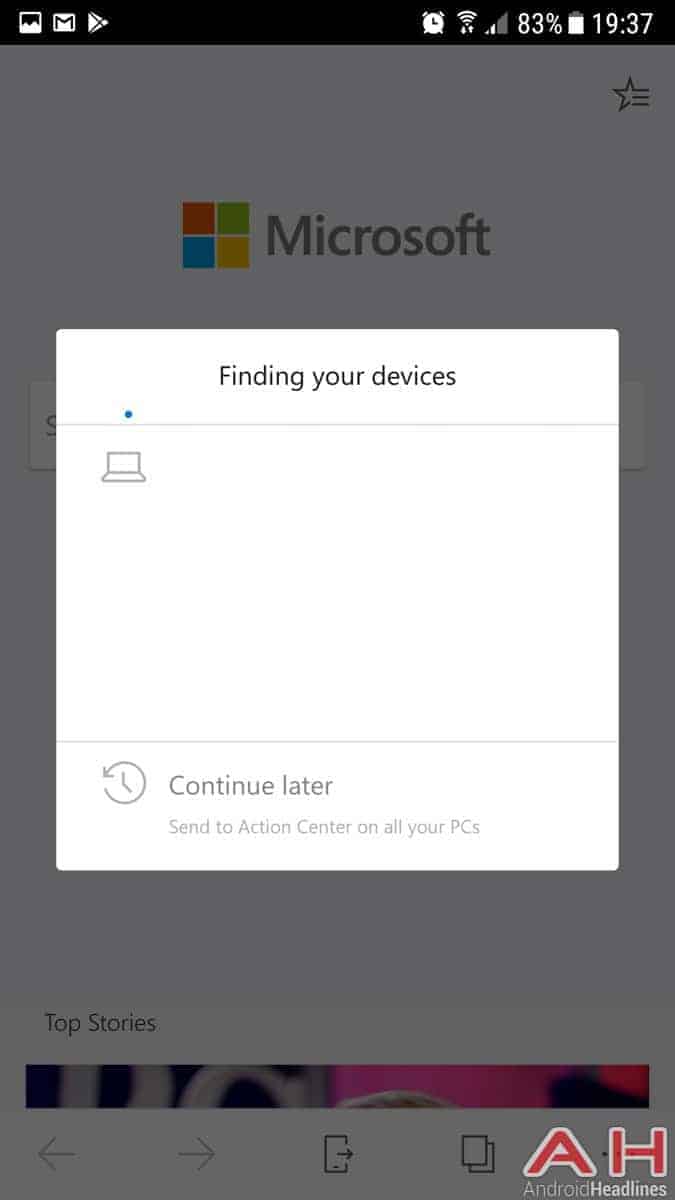 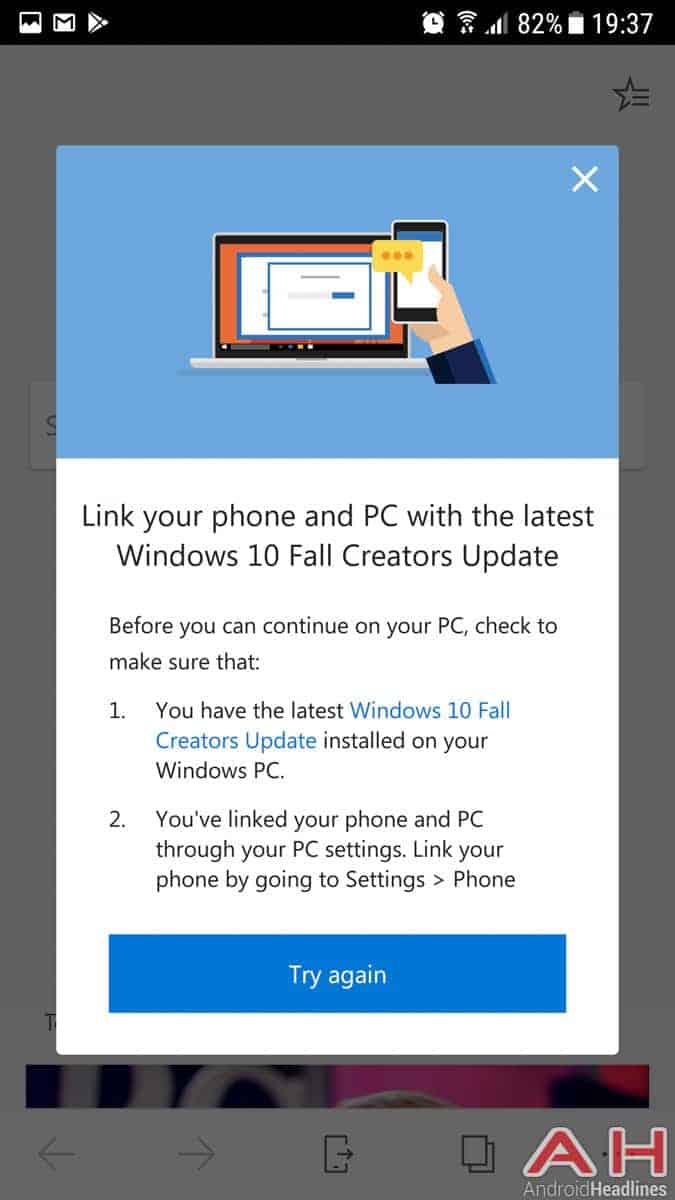 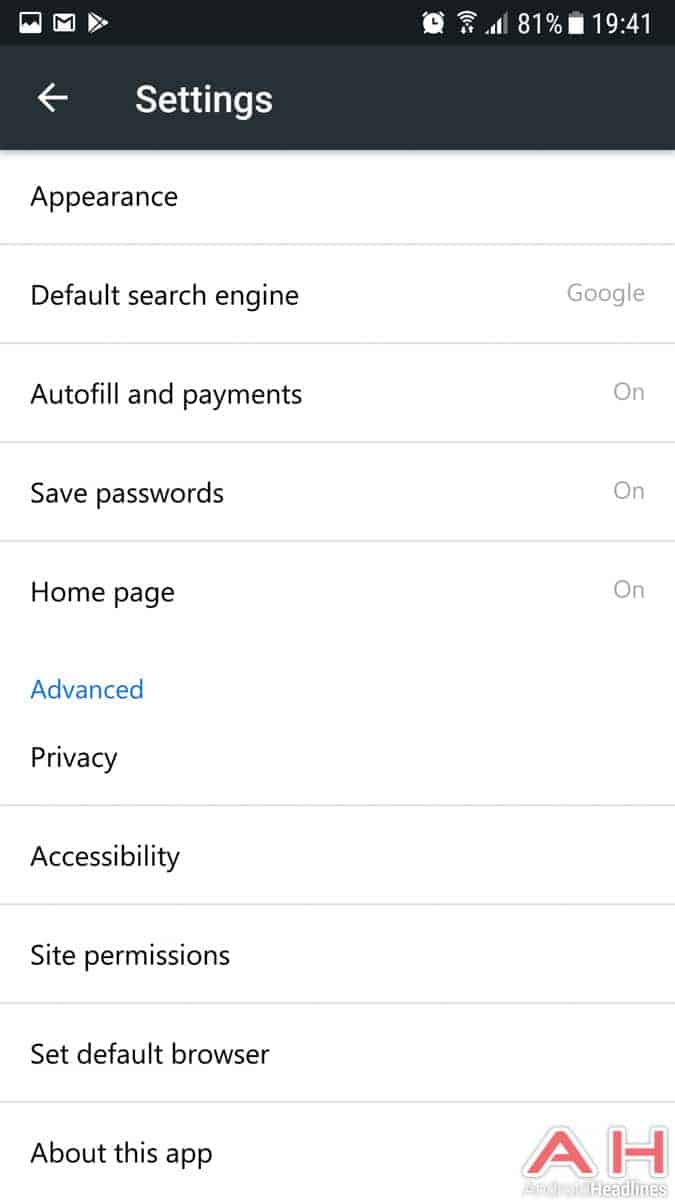 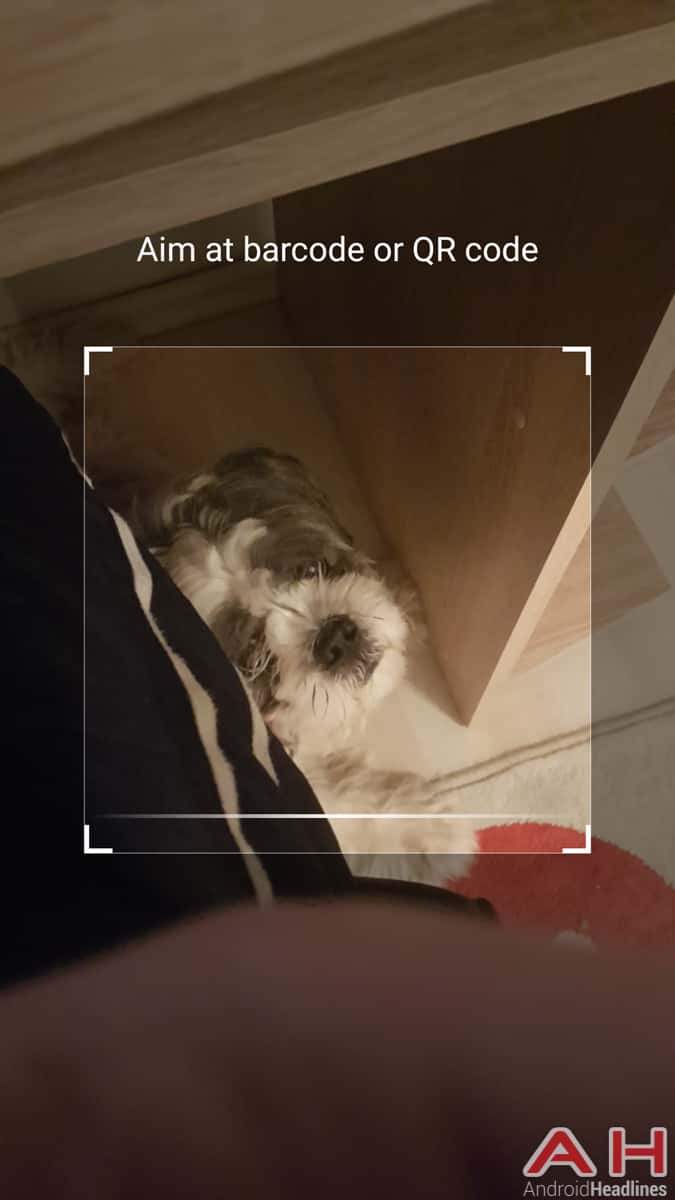 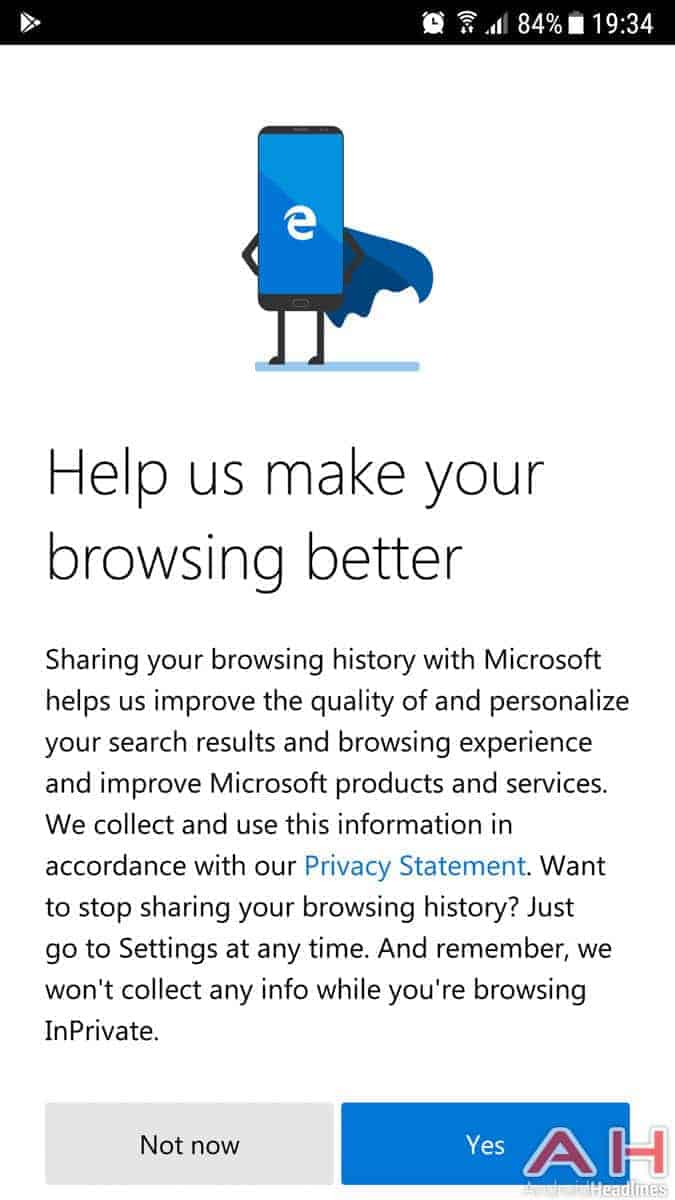 The main selling point of Microsoft Edge is its self-explanatory “Continue on PC” feature which requires you to have the Windows 10 Fall Creators update installed on your computer. The update itself is set to roll out globally on Tuesday, October 17th, but can be downloaded early if you enroll in the Windows Insiders program which is both free and relatively easy to do. The ability to sync data with your Windows PC is another major feature of the app, allowing you to carry your reading lists everywhere you go. Reading View is another prominently advertised feature of Microsoft Edge though it doesn’t seem to do much at the moment or at least isn’t compatible with the vast majority of websites, in addition to refusing to activate whenever it detects you’re accessing a mobile version of some page regardless of how ad-filled it is.

Microsoft Edge will also be used as the company’s Kindle reader of sorts, with the app already having a dedicated section for Books which is presently empty and will contain your books purchased from the Microsoft Store in the future. The Books, Downloads, History, Reading List, and Favorites sections can be accessed by tapping the icon in the top right corner of the interface that looks like a hamburger menu with a star attached to it and will lead you to the Hub View identical to the one found in the desktop version of Edge.

Microsoft Edge Preview is listed as being compatible with smartphones and tablets running Android 4.4 KitKat and newer builds of Google’s operating system. The unreleased app appears to be available on a global level and has already received a minor update on Friday, just over 24 hours after originally appearing on the Google Play Store. The new build didn’t come with a changelog and presumably only included bug fixes and possibly performance enhancements, as is usually the case with smaller (Android) app updates. Microsoft has yet to provide a specific availability window for the Edge browser, though the service will presumably enter a beta testing period in late 2017 or early 2018 before officially launching next spring.