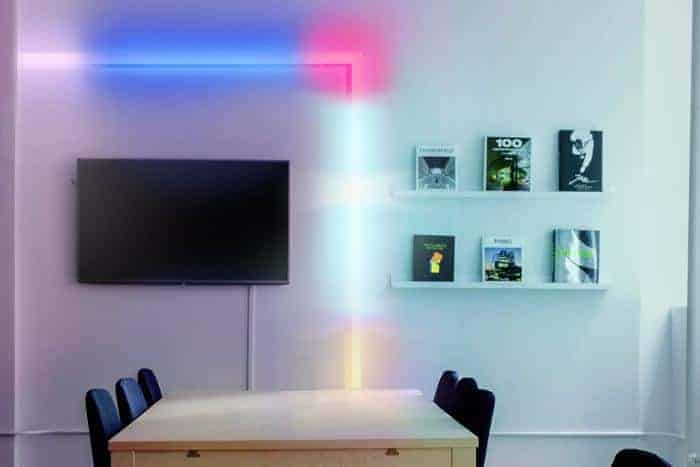 LIFX, today, has announced a brand new product for its growing catalog in the LIFX Beam. It's similar to the Nanoleaf Aurora that many people have picked up and used to accent their living space or entertainment centers. Beam works pretty much the same way, allowing you to accent different living spaces, sections of a room and much more. Instead of using triangle panels like the Nanoleaf Aurora does, the LIFX Beam actually uses long strips which are called Beams. There are 6 beams in a package which you can use to do different designs on the wall, and even create a square around your TV, which can really turn that entertainment center into something incredible.

The LIFX Beam supports 16 million colors, like LIFX's other products that it already has on the market. And that also includes white. There are also 10 blending zones per beam and 60 blending zones per kit. Allowing you to create some incredible looking themes with LIFX Beam. As far as power goes, it'll use at max, 27W for the entire 6 beams and while not in use, it'll be less than a single watt of power. Which means it can't get much better than that, for using very little electricity when not in use. It does support WiFi 802.11 b/g/n networks, which means only 2.4GHz networks and not 5GHz networks just yet. This seems to be a common thing for smart lights and other smart home products, and that is likely due to the fact that 2.4GHz networks have a wider range than 5GHz – also more people have 2.4GHz versus 5GHz still being a new standard.

This new light fits in with LIFX's already large ecosystem of products and features. This means that it is compatible with Google Assistant, Amazon Alexa and Apple's Siri and Homekit. With LIFX Beam you'll be able to tell the assistant of your choosing to turn all the lights off in a certain room or just the Beam – this is if you have more than just the LIFX Beam in a room or your home. There's also still support for IFTTT so you can automate your lights based on a variety of different things. LIFX is going to begin shipping LIFX Beam in November, pre-orders are open now for $199. Currently, LIFX has not announced any expansion packs for LIFX Beam, but that will likely come after it launches in November.

Advertisement
Pre-Order LIFX Beam
Trusted By Millions
Independent, Expert Android News You Can Trust, Since 2010
Publishing More Android Than Anyone Else
28
Today
163
This Week
655
This Month
3167
This Year
104646
All Time
Advertisement