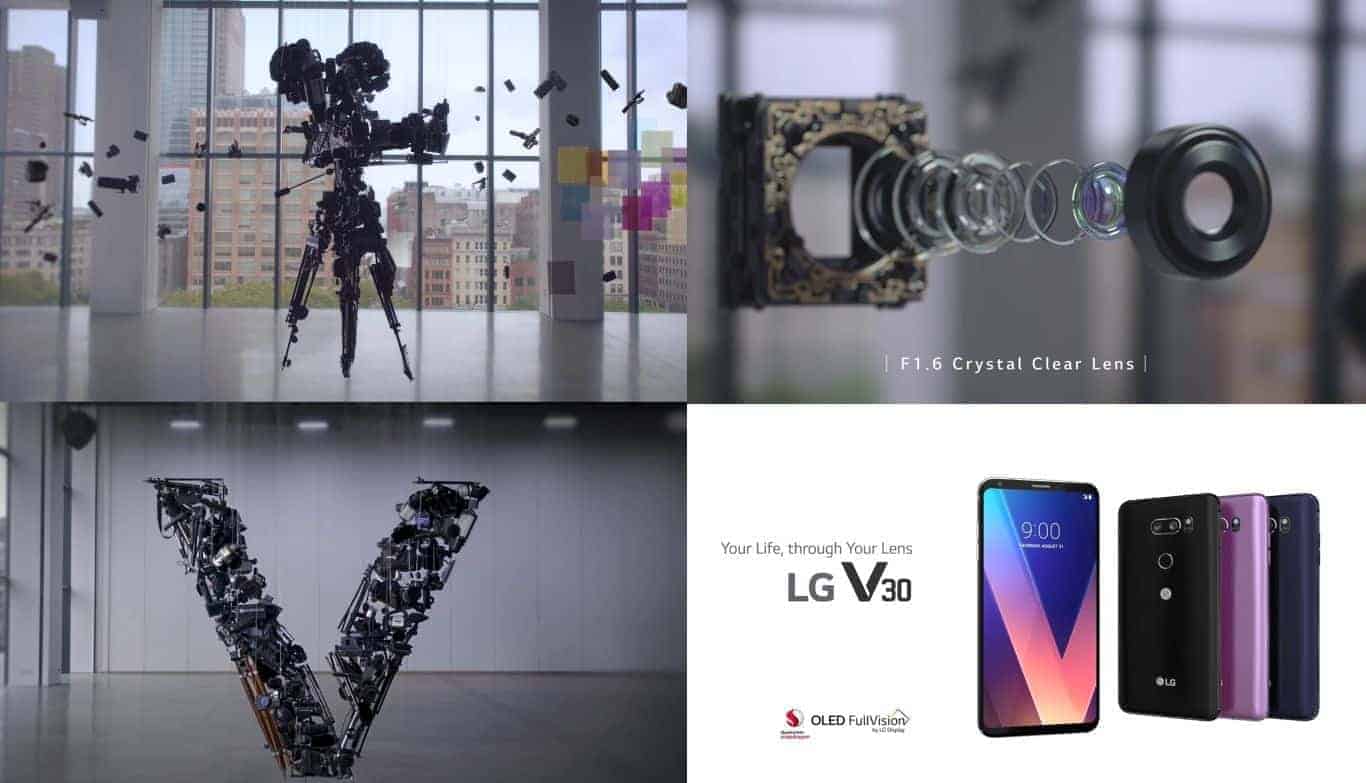 LG Electronics has prepared a new marketing campaign for the LG V30 flagship with the help of an artist called Michael Murphy, whose latest kinetic art aims to represent the smartphone’s multimedia capabilities and creativity tools in an unconventional manner. The artist created two kinetic sculptures using a wide variety of consumer electronic devices, with each sculpture dedicated to a specific set of LG V30 characteristics such as its advanced camera capabilities and its powerful Quad DAC. LG enthusiasts who may not be able to attend Michael Murphy’s exhibit can still enjoy the artist’s work in a couple of videos originally posted on LG Mobile’s official Facebook page.

Kinetic art is the art of perspective and revolves around the idea that a set of objects can be put together in a way that they can represent different things depending on the angle from which they are being observed. Michael Murphy is a pioneer of Perceptual Art revolving around multidimensional techniques, and his valued set of skills and talent has now been employed by LG Mobile to create a couple of kinetic sculptures in honor of the LG V30 device. According to LG Mobile’s head of marketing, Kim Su-young, LG wants to “spark the imagination” of those who possess a creative sense “by challenging them to think outside the traditional boundaries, as Michael Murphy does.” LG believes that the most effective way to communicate with content creators in its audience is to showcase its products in creative new ways, and while the LG V30 itself doesn’t seem to have been used for creating the kinetic sculptures, they stand as an artistic interpretation of LG’s latest flagship and its various multimedia capabilities.

The LG V30 is equipped with a 16-megapixel main camera featuring an f/1.6 aperture, Crystal Clear glass lens, laser and phase detection autofocus, as well as 3-axis OIS, and the unit is coupled with a secondary 13-megapixel sensor with an f/1.9 aperture. The smartphone also takes advantage of a Hi-Fi quad DAC tuned and certified by B&O Play, 32-bit high-res audio, and support 24-bit audio recording through a Receiver as a Mic (RAM). The device was officially unveiled in August and released in the United States through AT&T, T-Mobile, and Verizon in the first week of October. 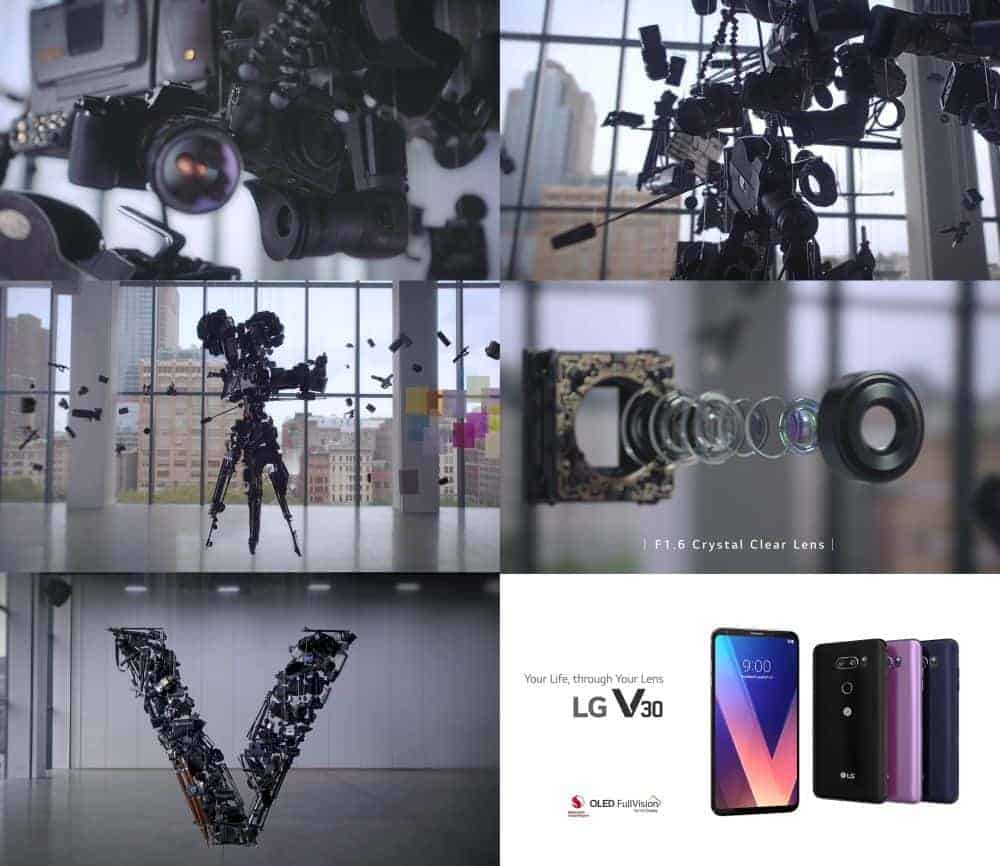 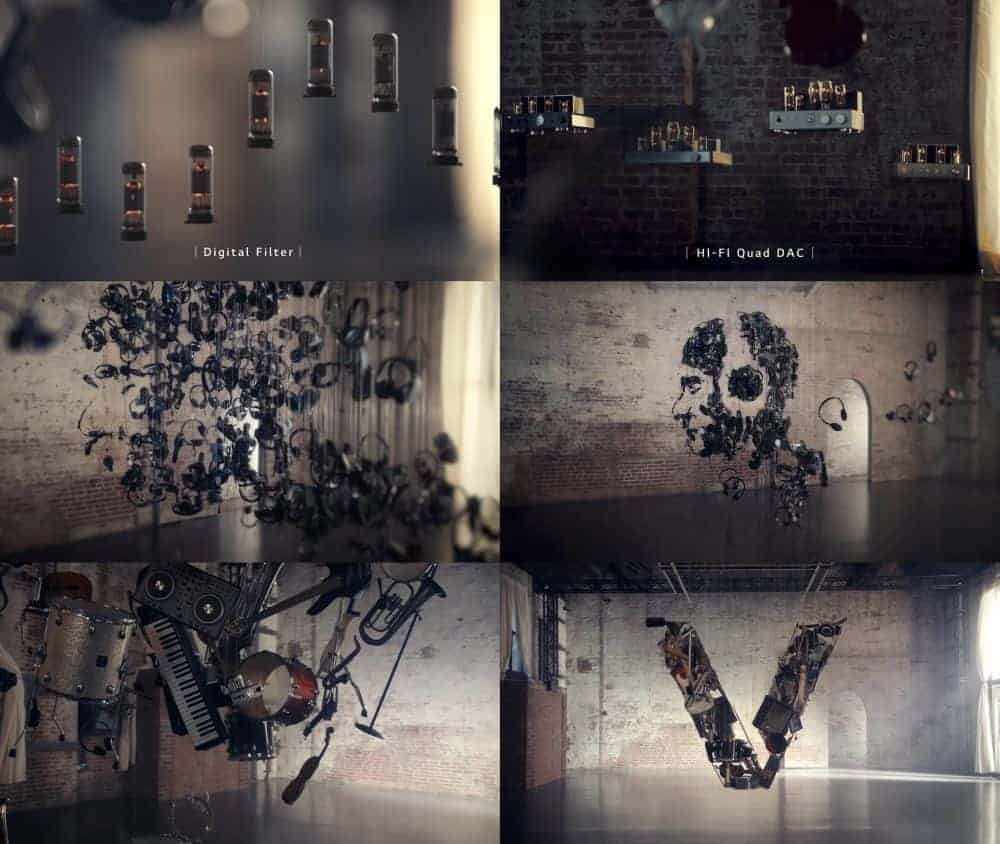