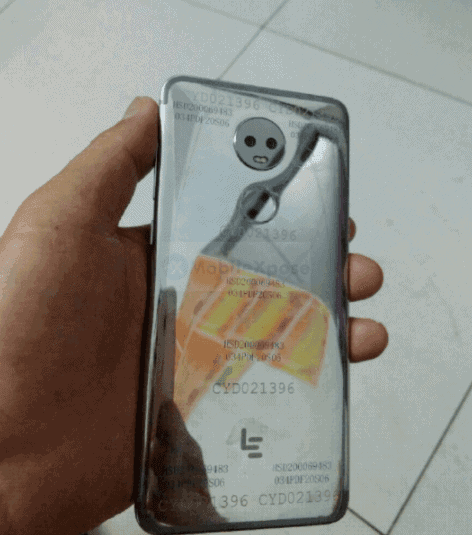 The alleged LeEco Le Max 3 has just surfaced, and this seems to be the Silver Chrome variant of the phone. As you can see, this handset is quite reflective, and we’ve seen such a coat of paint applied to other phones this year as well. The device sports a dual camera setup on the back, and below those two cameras lies a dual-LED flash. A fingerprint scanner is also included on the back of this phone, and so is the company’s branding.

Having said that, LeEco did not introduce a single phone for a while now, as the company is currently facing some major financial problems, and is in the middle of court battles. The company had announced two generations of the LeMax-branded phones, and this is allegedly the third one, though it resembles some other LeEco-branded smartphones, at least from the back, as that is the only angle that we can see it from at the moment. Several LeEco-branded phones surfaced recently, though those were older models that were planned for a release, but were never announced by LeEco, will the same happen with the LeEco Le Max 3? It is currently unknown if LeEco is even planning to release any new smartphones, as the company has plenty on its plate, but it is possible that this leak is legit.

The LeEco Le Max 2 was announced back in May last year, and it was fueled by the Snapdragon 820, while it packed in 4GB / 6GB of RAM and 32GB / 64GB / 128GB of native storage. That smartphone came with a single rear-facing camera, while it sports a 5.7-inch QHD display. Now, the LeEco Le Max 3 was also rumored to arrive with the Snapdragon 820 SoC back then, but if LeEco ends up announcing the phone now, we’re presuming that the company will include a more modern SoC on the inside. The phone could also sport 4GB / 6GB of RAM, and it seems like it will be made out of metal and glass, while it will probably come with Android Nougat out of the box, with LeEco’s custom UI on top of it. We do not know when, or if this phone will launch, but stay tuned for more info.